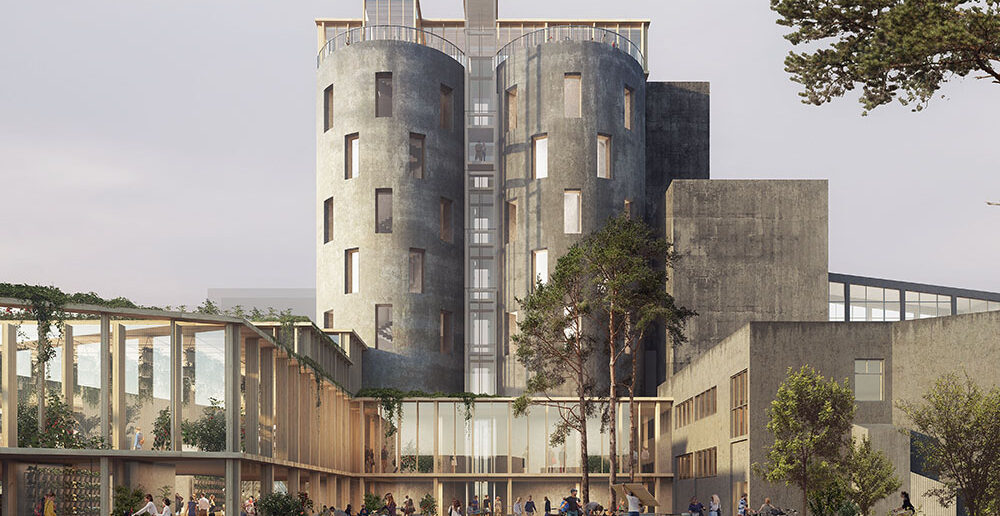 7 examples of reinventing cities to be low carbon

MIPIM World talks with Hélène Chartier of C40 about zero carbon emission cities and the launch of the third edition of C40-Reinventing Cities.
By Georgina Power on February 8, 2022 0 Comments

Some 14 cities across Europe, the Americas and Asia have taken part in the first two editions of the global C40-Reinventing Cities competition, with a third edition set to be launched this spring.

For the first two editions of C40-Reinventing Cities, 33 winning projects are already in the implementation phase, with more new cities expected to submit projects for the third round.

Reinventing Cities is led by C40, a global network of nearly 100 city mayors founded in 2005 to halve carbon emissions.  The aim of the competition is to create decarbonised and community-focused places, at the cutting edge of innovation in urban regeneration, and to showcase these inspiring projects globally, says C40.

As Hélène Chartier, head of zero carbon development at C40, explains: “This can only be achieved by working together at all levels of society, and especially by driving collaboration between the public and private sector.”

With the world’s urban population forecast to grow significantly over the coming decades, the global building floor area is expected to double by 2060. This represents the equivalent of adding an entire New York City to the world every month for 40 years, highlights Chartier.

To reduce carbon emissions, it is therefore key to stop urban sprawl and the “unsustainable lifestyle” associated with it.  Instead, it is about fostering “compact, mixed-use development and complete neighbourhoods with core services and amenities that residents can easily walk or cycle to,” says Chartier. “In that sense, we look for projects that repurpose existing buildings or regenerate underutilised sites in the urbanised areas.”

Cities where low carbon is high on the agenda

Some 65% of the winning projects are net zero, points out Chartier. “However, when repurposing a building, if you include embodied and operational emissions, it is very complicated to reach net zero.”

Inspiring winning projects from the first two editions of C40-Reinventing Cities include schemes in Chicago, Milan, Paris, Reykjavik, Rome, among many others.

Two of these projects are among the top 10 low-carbon buildings for 2021, as chosen by architectural authority Dezeen magazine. The two are: Living Landscapes in Reykjavik and Campo Urbano in Rome.

A new height for sustainability in the windy city

Assemble Chicago is Chicago’s first zero carbon high rise. The project is in the heart of the downtown Loop district:

“The project is an inspiring development that not only achieves net zero, but which promotes equity and social justice,” says Chartier.

The winning team was led by non-profit developer The Community Builders, and architect and urban design practice Studio Gang. 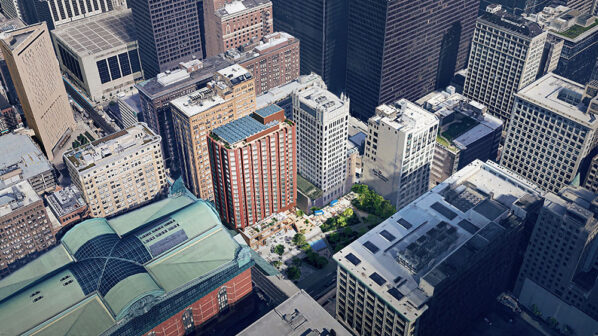 Assemble Chicago in the US © Studio Gang

As part of the regeneration of the Macello district, ARIA is the first carbon-negative neighbourhood in Milan, thanks to an innovative energy district system that will supply renewable energy to the new mixed-use area and to surrounding neighbourhoods.

The 14-hectare project repurposes a former industrial complex of some 6,500m2 in area, mixing together new and historic buildings. It will include:

The architectural team includes Snøhetta Oslo, Barreca & La Varra, CZA-Cino Zucchi Architetti, Stantec and Chapman Taylor, who describes it as “one of the most important social housing projects in Europe”.

Repurposing for the 21st century economy

On the island of Montreal, Les Ateliers Cabot is designed to transform the Canadian Power Boat Corporation’s former industrial buildings into a hub for artists, entrepreneurs and tech companies: 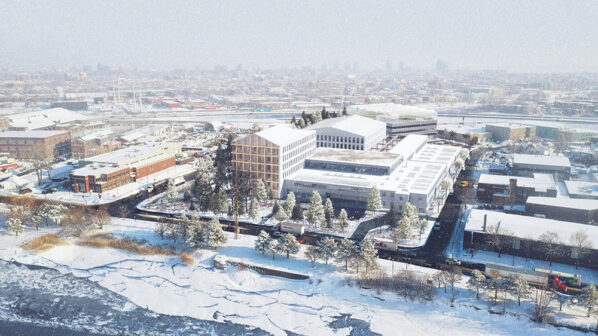 On the eastern edge of Paris, Porte de Montreuil is the city’s first zero carbon neighbourhood, both in terms of operation and embodied emissions.

The scheme has a built area of around 60,000m2. Features include:

“The objective of the City of Paris and its partners is to make Porte de Montreuil a pilot district for environmental excellence and a laboratory of the new economy,” says C40. 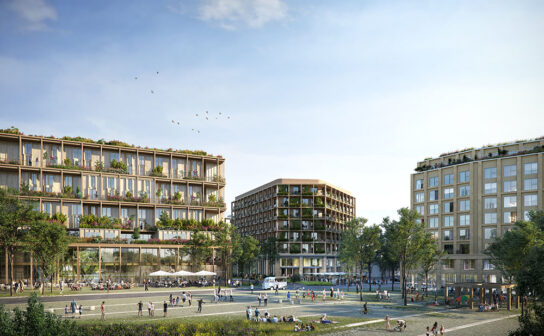 In what will be Iceland’s first circular building, two former cement silos in the capital Reykjavik are being repurposed to create a new hub for indoor farming: the Circular District.

The 2,850m2 site will include a zero-waste restaurant, a zero-waste store, a repair & share service, as well as a Bokashi composting service.

The Circular District is near the sea, with bike paths linking the buildings with the rest of the city. It is also near the city’s new bus rapid transit line.

The main architect is Reiulf Ramstad Arkitekter, while the Agricultural University of Iceland is acting as a consultant. 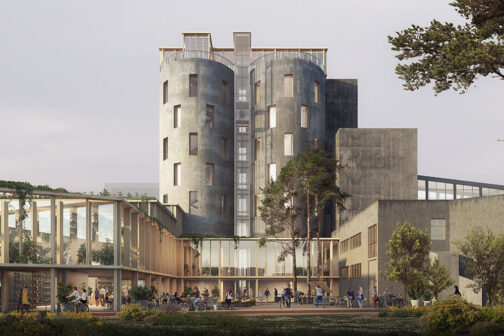 The Circular District in Reykjavik, Iceland

Also in Reykjavik is the Living Landscape project, or Lifandi Landslag, a 26,000m2 zero carbon, mixed-use building that will transform a former landfill site.

Working on the project, among others, are Paris-based architects Jakob+MacFarlane and local practice T.ark. The project is due for completion in 2026.

The masterplan is designed around the concept of a car-free, 15-minute city, where locals can find all the essentials for their day-to-day life within a short walk or cycle ride away.

Camp Urbano includes housing, workspaces, retail, a student hotel and an energy park. It is designed to:

“It is a great combination of public and private space, with the private space opened to the public,” notes C40. 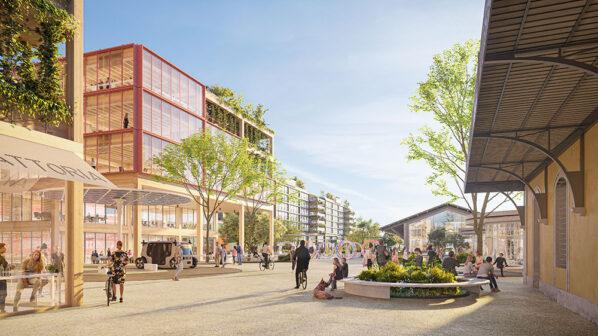 Reinventing Cities is just one of several climate action initiatives organised by C40.

As we head to MIPIM 2022, the annual event of the world’s real estate industry, green is definitely the new black.

You can catch up with Hélène Chartier of C40 at MIPIM 2022, where she will be on the panel ‘Green is the New Black: Local initiatives to tackle global challenges’.