A call to incentivise green finance for existing buildings

MIPIM World talks with Peter Cosmetatos, CEO of CREFC Europe, about five key points when it comes to green finance in the commercial real estate industry.
By Georgina Power on January 20, 2022 0 Comments

ESG has been on the agenda for a while, but the real estate finance industry has only latched onto it with a vengeance in the last couple of years, says Peter Cosmetatos, CEO of Commercial Real Estate Finance Council (CREFC) Europe, which acts as the voice for commercial real estate finance.

“Both the market and the regulators are now trying to move very quickly.  We need simple metrics, simple approaches, simple methodologies – but they need to reflect the immense underlying complexities,” says Cosmetatos, who received his ‘education’ in green finance for real estate as director of finance policy at the British Property Federation from 2008 to 2013.

Both the industry and the regulators will need to be flexible and agile and adapt their approaches as they go along. There is no single challenge and no simple solution – Peter Cosmetatos, CREFC Europe 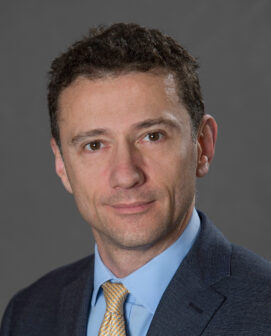 “Climate considerations are becoming part of the normal lending decision-making, analysis and underwriting process, but we are not there yet. When it does become the norm, green finance won’t be called green finance anymore; it will just be lending,” he says.

Embedding green finance into the built environment will take time. It will be an “iterative” process, says Cosmetatos. “We will go back and forth. Both the industry and the regulators will need to be flexible and agile and adapt their approaches as they go along. There is no single challenge and no simple solution.”

In the meantime, explains Cosmetatos, lenders who ignore climate considerations may see the value of the collateral real estate decline during the term of the loan, if the property fails to keep up with ever more demanding climate-related regulations and expectations.

“Increasingly, lenders need to understand the risks arising from climate change, not only in the face of investor and regulatory scrutiny, but also because it is becoming clear that climate risk is an aspect of credit risk,” he explains.

1. Where we are at – a range of confusing & complex rating systems

“There is no standardised framework across European countries: no consistency of minimum ratings. There can be letters or numbers for different ratings, and the same letter or number can mean different things in different countries,” says Cosmetatos.

This challenge becomes even greater as the EU sets standards as to what counts as green and what doesn’t, with the introduction of Sustainable Finance Disclosure Regulation and EU Taxonomy.

There is no standardised framework, no consistency of minimum ratings – Peter Cosmetatos, CREFC Europe

In the UK, for example, the government is strengthening energy performance regulation by making it illegal to let commercial buildings with an ‘F’ or ‘G’ rating. Currently this just applies to new leasing activity, but from April 2023 it will also affect leases already in place.

Next, the UK government is looking to raise the minimum rating from ‘E’ to ‘B’ by 2030, possibly also with an interim minimum of a ‘C’ rating by 2027. This would ultimately affect some 85% of all commercial buildings, compared with 10-15% for the present ‘E’ cut-off point, according to estimates cited by Cosmetatos.

2. What’s needed – a simple, universal framework, but this is a challenge

To achieve net zero carbon in the built environment by 2040 – in order to meet the 1.5° degree climate target – is an enormous challenge for policy makers, investors and real estate companies alike, says Cosmetatos.  This is especially because the built environment, by its nature, is very heterogonous and very long term.

For businesses, regulatory (‘transitional’) risk should be a primary focus alongside physical risks posed by climate change, as policymakers should be encouraging swift decarbonisation and climate adaptation, says Cosmetatos. The problem, he adds,

is that “there are so many initiatives that with the best will in the world it is hard to know which ones to grab onto and which ones to ignore.”

Some borrowers have even developed their own framework. “If different lenders, landlords and occupiers are focused on different metrics and actions, then it becomes a complete mess,” says Cosmetatos.

Does anyone know the answer? No, says Cosmetatos, hence the need for a step by step, iterative approach.

3. The early movers in green finance

In recent years, a handful of large institutional real estate investment managers have developed the core expertise in sustainable real estate; they have tended to be those supporting initiatives and organisations such as the Better Buildings Partnership, CRREM, the network of Green Building Councils and GRESB, adds Cosmetatos.

But the real challenge in the commercial real estate sector comes from the many thousands of building owners (especially in the private sector, where they do not have to answer to institutional investors) who do not have the sustainability expertise of the big firms.

“Most commercial property owners are not sustainability experts. They need to be guided, helped, told what to do. One way for this to happen is for the regulator to come along and say, ‘you aren’t allowed to do this, you have to do that’ – for example, the UK’s minimum energy efficiency standards. Another way is for a small number of lenders to reach a large number of borrowers with advice and finance for green improvements to buildings.”

That “small number of lenders” is growing. Early statements from the Dutch central bank on climate risk encouraged  Dutch banks such as ING and ABN AMRO to take the lead in innovative sustainable finance. In the UK, the likes of Lloyds and Aviva Investors are driving best sustainable lending practice.

For the lender, there are multiple wins – Peter Cosmetatos, CREFC Europe

Other leading real estate players making interesting moves are, and have been, Derwent London, Gecina and Allianz Real Estate.  Meanwhile, innovation is not just for the big names. Cosmetatos points to Atelier Capital Partners in the UK residential finance market. Their focus is on building a supply chain of liked-minded ‘green’ partners by reference to RIBA guidelines, says Cosmetatos, in order to reduce costs and make it easier to scale a sustainable finance business.

“For the lender, there are multiple wins,” says Cosmetatos. These wins include learning about the underlying collateral, which in turn allows them to write new business and improve the quality of the asset they are already exposed to; a deeper relationship with the borrower, by providing an additional value-add service; as well as brownie points from regulators and investors, and “anyone else who is looking at what you are doing”.

With regard to CREFC Europe’s own work, the association published a climate-related due diligence guide for its lender members last May. CREFC Europe’s ESG working group is now focussing on areas that include the launch of a climate-related due diligence questionnaire for lenders, and two different sets of guidelines: on how to navigate SFDR classifications and how to select, appoint and instruct second opinion providers.

“If we apply a simple, bilateral approach of ‘this is a green building and that isn’t’, we’re going to end up with a lot of stranded assets,” explains Cosmetatos, who points out that Europe cannot just give up on buildings that are more than a few years old. “It wouldn’t be good from any perspective – for local communities, for owners, for carbon…”

Around 80% of buildings that will be on our skylines in 2050 have already been built, estimates the UK Green Building Council.  “So, we will only hit net-zero goals in the coming decades if we retrofit existing buildings in a carbon-sensible way. Existing buildings are critical,” Cosmetatos adds.

We need to understand the possibilities for every single building: how much the building can be improved and at what cost, both in cash and carbon terms – Peter Cosmetatos, CREFC Europe

“The capacity of a building to improve and achieve something close to zero-carbon operation will be different for each building, depending on whether it is an office building, student accommodation, or a data centre, for example, and the age of the building, whether it is five, 20 or 150 years old,” he explains.

“We need to understand the possibilities for every single building: how much the building can be improved and at what cost, both in cash and carbon terms.

We should be trying to move every building towards being as sustainable as it can be, rather than worrying about whether to label it as green or brown – Peter Cosmetatos, CREFC Europe

“The majority of buildings will be in-between: they will need some level of retrofitting, refurbishment, renovation, in order that they can be as good as they can reasonably be for a sufficiently long period, and that the carbon and capital expenditure to make those improvements makes sense.”

“We should be trying to move every building towards being as sustainable as it can be, rather than worrying about whether to label it as green or brown.”

5. Financing ‘shiny, new, green buildings’ is the easy, but not the best, thing to do

“There’s been a huge move from financial regulators to signal that climate change presents systemic opportunities and risks to the financial system,” he continues.  “And the finance industry is increasingly subject to disclosure requirements and stress testing focused specifically on climate and climate risk.”

One of the dangers, though, points out Cosmetatos, is that lenders may react by looking to have as little carbon and climate risk in their portfolios as possible. “Everyone likes the newest, shiniest, most sustainable building that appears in the City of London, or across other cities. These buildings will always be fundable,” he says.

“What’s needed is for financial regulators to encourage banks and other lenders to lend against brown buildings to make them greener. Financing the decarbonisation of commercial buildings is a tremendous opportunity, and one that will require a great deal of capital. Europe’s banks and other lenders need to seize this opportunity.” As the voice of the commercial real estate lending industry, the message is clear.

You may also be interested in:
Venture capital investment: the case for a green proptech portfolio
Gare Maritime: setting an eco-example in mixed used