MIPIM Review: Building the Future of our Cities

Urban planning is no longer just about logistics...emotions and sustainability are to be taken into account to make cities better. Roy Den Hoed from Green Planet Artchitects explains...
By Graham Parker on March 22, 2018 0 Comments

Cities are the world’s powerhouses, a key MIPIM conference was told. At the same time, MIPIM 2018’s central theme Mapping World Urbanity focused on the need for city authorities and real estate companies to take a strategic approach to urban development at a time when 54% of the world’s population lives in urban areas, which is expected to increase to 66% by 2050.

A sustainable approach to architecture is essential if such growth is to be accommodated without causing irreparable harm, according to Green Planet Architects, a 400-strong network of sustainable architects in more than 80 countries, which was at MIPIM this week.

“We are the first and only international network of sustainable architects with a platform that allows them to present their profile and their projects” – Green Planet Architects president Roy Den Hoed. 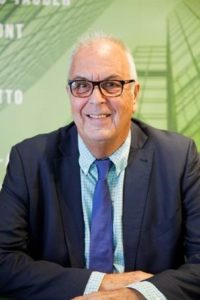 Urban populations are growing fastest in Africa and during MIPIM’s inaugural African Forum, Nick Langford, head of Kenya at Africa’s largest urban land developer Rendeavour, told a packed conference that proper infrastructure, including planning, waste management, transport and road systems, as well as future-proofed water supplies and support of the local government were among the key factors to ensure successful urbanisation.

Turkey’s minister for the environment and urbanisation Mehmet Ozhaseki, said his country is focusing on its environmental strategy, particularly regarding the country’s cities. “The primary problem is the urban environment, which emerged as a result of unauthorised and unplanned housing construction.” The minister added that unplanned industrialisation is also a cause of concern. “Industrial areas without sufficient infrastructure and organisation cause exposure to major environmental pollution.” Turkey has recently launched its My Environment is You and Zero Waste Project initiatives.

In an impassioned address at MIPIM’s Thinkers and Leaders conference, Dr. Auma Obama, founder and managing director of the Sauti Kuu Foundation, called on the real estate industry and political leaders not to forget development in rural areas. “If you invest in the rural area and make it liveable, you will get rid of the (urban) slums.” Kenyan-born Dr Obama also urged the real estate industry to listen to the young people that her foundation represents.

“As adults we don’t listen to children and if we listen we don’t take what they say seriously…but they are our future.” – Dr. Auma Obama

Taking the view of the young into consideration was also the central theme of MIPIM’s opening keynote address by 20-year old American author, lecturer and advocate for the young, Adora Svitak.

She stressed that planning the cities and urban environments of the future required “tuning into the attitudes of youth.” Adora Svitak added that urban design is “not just a logistical challenge but a moral one because our global cities hold up mirrors to humanity’s soul.”

Cities need to move beyond simply development for development’s sake and take more account of the emotional needs of their inhabitants. That was the conclusion of the Mayors and Political Leaders Think Tank session on people-centric cities.

Josh Artus director of The Centric Lab told city leaders that neuroscience principles can be used to better create places people can flourish in rather than just exist. “It’s about how can we understand how to make cities more like our websites and smartphones are to use and make them more intuitive,” he said.

“We are at the point where we are asking more and more of people mentally and yet we don’t understand them, using abstract terms such as happiness and wellbeing but what is it?” Artus said. Instead he said that such terms needed to be better understood, defined and supported and then translated into real estate.