Why our cities need to be fun

Diversity is the key to making cities fun and vibrant, wrote urbanist Jane Jacobs. As cities grapple with the pandemic, this remains truer than ever.
By Georgina Power on March 4, 2021 0 Comments

The design for a 25-metre high grassy hill opposite London’s Marble Arch has been unveiled by Dutch architects MVRDV, which has as its mission to create “happy & adventurous places”.

“Will it make the city fun?” Is what legendary urbanist Jane Jacobs, active in post-1945 America, believed was the most important question to ask city planners. We’ll have to wait and see what the local London planners think of the Marble Arch Hill.

At around half the height of Nelson’s Column, the Marble Arch Hill is designed as a temporary, landscaped hollowed-out structure that redefines the connection between Oxford Street and Hyde Park, while giving visitors views over the park and Marble Arch.

The Hill is about making the Oxford Street district more attractive to locals and visitors, and is part of a wider, more ambitious initiative.  Climbing a hill is also ‘fun’, to which the hordes of people flocking to London’s Primrose Hill are testament.

To give meaning to their “happy & adventurous places”, MVRDV underpin their work by being: “innovative, social, green, realistic” and producing “remarkable architecture for a changing world.”

Fun cities are more relevant than ever

The ‘fun’ question is now more relevant than ever. Over the past year, city dwellers – holed up at home over repeated lockdowns – have been looking wistfully towards the open, green spaces of more rural areas as they search for happiness and wellbeing.

The pandemic has … shone a light on the importance of developing cities in smaller modules – Malcolm Smith, Arup urban design fellow

The pandemic has made 59% of Londoners consider leaving the UK capital, revealed a poll by engineering, design & consulting firm Arup. This compares with 41% of Parisians, 39% of Milanese and 30% of Berliners.

The survey revealed a link between cities such as London that are furthest away from the 15-minute city model (with all amenities reached by less than a 15-minute walk or bike ride) and higher levels of dissatisfaction with city life.

Malcolm Smith, Arup urban design fellow, said: “The pandemic has brought us closer to the vision of the 15-minute city … It has shone a light on the importance of developing cities in smaller modules, with essential services concentrated around community hubs.” 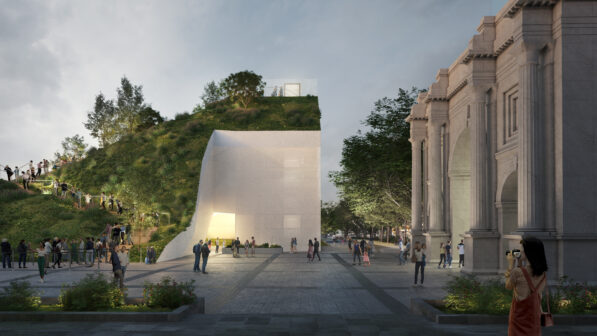 The bottom line is that we need our cities. Too often, Jane Jacobs writes in her 1961 seminal work The Death and Life of Great American Cities, places shout: “Go away! Leave me alone!” Rather than: “Come on!”

“Whenever and wherever societies have flourished and prospered … creative and workable cities have been at the core of the phenomenon,” she continues.

The answer lies in the “diversity” of neighbourhoods, she writes. A concept also at the core of the 15-minute city.

This diversity is generated by an “enormous collection of small elements”, with so many people being “so close together” with “so many different tastes, skills, needs, supplies, and bees in their bonnets”.

The overcrowded slums of American real life are, more and more typically, dull areas with a low density of dwellings – Jane Jacobs (1961)

Two types of dynamics are needed for cities to be diverse, she writes: a diversity of “primary uses”, which bring people to the neighbourhood (such as offices, residential, education, recreation); and a diversity of “enterprises”, which grow in response to the presence of primary uses.  This in turn stimulates more diversity.

Jacobs highlights four conditions needed for diversity in city neighbourhoods, or districts, as she refers to them:

The 21st century focus on nature

The impact of the pandemic on city life has highlighted the role of nature in our cities for wellbeing.

MVRDV founder, Winy Maas, is not only an architect and urbanist, but also a landscape architect, and founder & director of the Y Factory think-tank on future cities at the Technical University of Delft.

Landscaping plays a key role in MVRDV’s “happy & adventurous” projects, together with the idea of connection with the local streets and the neighbourhood. Current projects include: 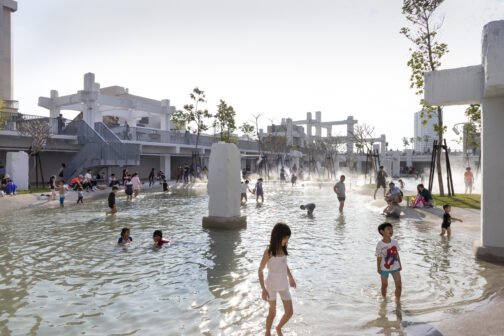 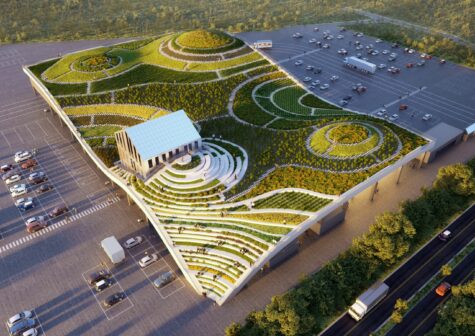 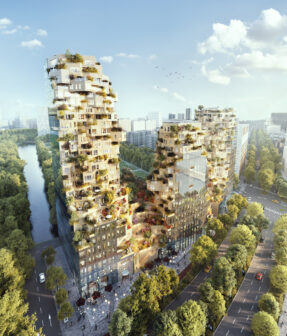 The benefit for cities of letting children play

To become a diverse, 15-minute city, Arup believe that London needs to focus on five aspects of city living: walkability, rewilding nature, public space for play, multifunctional space and the creation of digital twins, for modelling and testing ideas.

When it comes to creating public space for play, it’s about intergenerational spaces and play streets, as well as introducing measures to curb air pollution and traffic injuries, says the 2017 Arup report, Cities Alive: designing for Urban Childhoods.

As we move out of lockdown, a touch of intergenerational fun could be the magic ingredient for the happiness and wellbeing of all who live in cities around the world.

To be inspired, join us online at the Leaders’ Perspectives Summit on 16-18 March 2021.

Top Image: A children’s play area in Fortaleza, Brazil, one of the case-study cities in ‘Designing Streets for Kids’ ©NACTO-GDCI