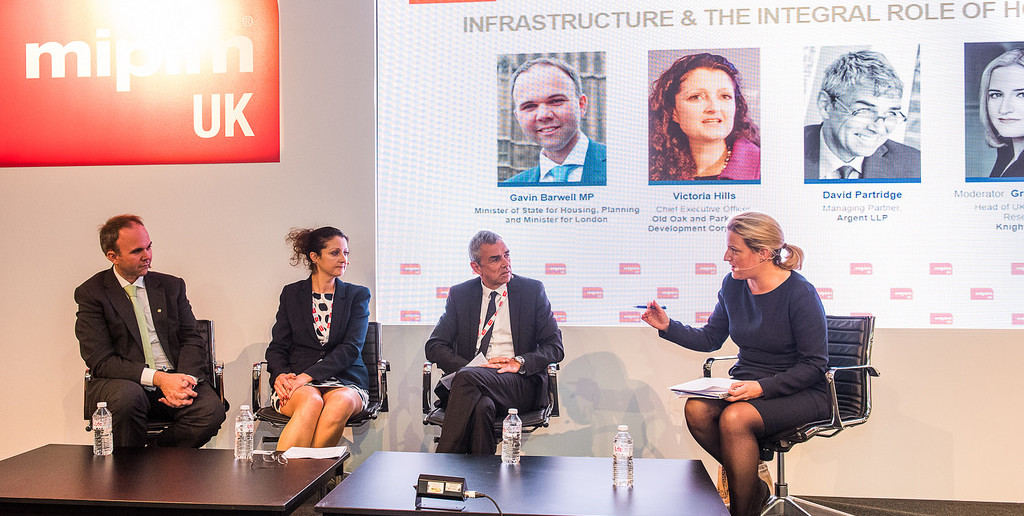 MIPIM UK opened its doors to an excited delegation of public and private authorities, as well as a record number of investors, looking eagerly for answers concerning the direct impact of Brexit on the UK property sector. Clearly, the opinions are split on the subject – with certain economists predicting certain shades of gloom, while others see rainbows with proverbial pots of gold at their end. An exclusive programme on Brexit as well as housing and infrastructure kept the day abuzz with packed conference rooms throughout the Olympia.

Sir Howard Davies, Chairman of the Royal Bank of Scotland, and Guy Hands, founder of private equity group TerraFirma, kicked off MIPIM UK with a keynote speech on the opportunities and challenges facing the UK property sector post Brexit.

Sir Howard Davies seems to think that we are in a much more solid place than orginally predicted. Consumer spending is stable, markets are up, and unemployment has only fallen slightly. While most economists forecast reduced competition and lower productivity in the UK, there are those who think the effects will be marginal. Sir Howard Davies mentioned three main concerns however. One, is simply the fact that Brexit hasn’t really happened yet, and therefore difficult to assess. Number two, he cites a certain worry over a developing pro Brexit contingency. Lastly, he mentions the more obvious and direct implications of sterling, with the pound that has been down 18% since June.

Guy Hands, financier and investor, shared a rather different perspective. Rich with experience in UK property investment, he reminded us all about the many different ups and downs the UK property market has fought and survived, with the reflection, “It’s not the referendum that matters, it’s what happens from this point on”. Mr. Hands, viewing Brexit more as an opportunity rather than a setback, had plenty to say about all those experts claiming to know where the market it headed: “I’ve learnt that anyone who tells you they know where the market is going, is going to be wrong“.  Above all, his deepest concern stretches well beyond that of Brexit, and deep into the challenge facing so many major cities: the UK housing crisis.

“The number one critical social issue in Britain is solving housing” – Guy Hands at #MIPIMUK pic.twitter.com/fj9KXcIPo2