Designing out loneliness from the built environment

As part of our Rising Star series, we talk with Jake Heitland, commercial manager at Lendlease in the UK about how to tackle loneliness in the built environment.
By Georgina Power on October 14, 2021 0 Comments

The loneliness epidemic in our cities has taken hold even faster since Covid – and it is the real estate and urbanism communities who hold many of the answers as to how we can design our way out of this crisis.

One in 14 people aged over 16 in the UK say they feel lonely, with London often cited as the world capital of loneliness. Loneliness also comes with side effects: it can trigger mental health issues, and be as harmful for physical health as smoking 15 cigarettes a day.

Jake Heitland, urban strategist & UK commercial manager at Lendlease, the global real estate and investment group, believes the answer lies in designing and building cities as places for people – prioritising connection and community over the interests of cars and capital, which is what we have increasingly seen globally over the last 100 years, he says. 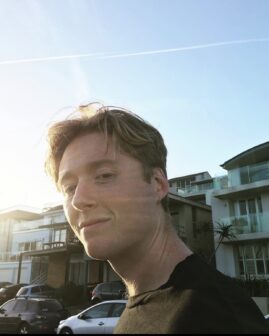 “We have not prioritised public spaces in our cities; we have not prioritised community infrastructure – instead we have actively defunded it,” says Heitland, who puts part of the blame on the rise of the culture of the individual during the Thatcher and Reagan years of power in the 1980s.

The arrival of Covid, and the clear link between our physical and social environment and our health, is now providing a new perspective, and not just for Heitland, who joined Lendlease in 2018, the same year when a Lendlease survey among residents revealed, unexpectedly, that loneliness was the biggest issue that they faced in their communities.

To create solutions, Lendlease turned to the non-profit social innovation organisation Collectively. They then jointly launched the Loneliness Lab, a “collective of people and organisations working together to design out loneliness from our cities”.

Since then, the Lab has grown into a diverse network of over 800 policymakers, developers, architects, developers, artists, community organisations, residents and designers.

Heitland is one of the Lab’s 16 spokespeople. His focus is on how companies and organisations can understand the issue of loneliness and shift their internal culture accordingly to drive change within their scope of responsibility.

He is also part of the founding community of the London-based Urban Health Council, set up earlier this year by Centric Lab, the neuroscience research lab developing strategies to improve public health.

Growing up as a queer man in a small … town in Wisconsin was for me the definition of loneliness. There was no one to genuinely connect with, and no way of seeing a path forward for what my life could be or even knowing of communities where I could find belonging  – Jake Heitland, Lendlease

Heitland himself spent his childhood in a small town in the American Mid-West. “Growing up as a queer man in a small, white, Christian farming town in Wisconsin was for me the definition of loneliness. There was no one to genuinely connect with, and no way of seeing a path forward for what my life could be or even knowing of communities where I could find belonging ,” he said.

He then went on to study real estate, urban land economics and sustainability in the US, with a year in Madrid as part of his studies. Later he moved to Sydney, where he worked in business development for another large real estate group and then found his way back to Europe, moving to London.

At Lendlease, he works across projects and teams, applying new models of thinking (with regards to carbon neutrality and resource use, as well as social inclusion and health) to large urban regeneration projects, from the masterplan for the Euston development, to the International Quarter in Stratford and the neighbourhood of Elephant Park, all in London.

Loneliness comes up in all sorts of different ways, but we’ve found it most commonly comes at major transition points in your life – Jake Heitland, Lendlease

“Loneliness comes up in all sorts of different ways, but we’ve found that it most commonly comes at major transition points in your life: if you move, if someone passes away, starting a new job,” says Heitland.

One of the areas where Heitland has researched is student accommodation, where often halls of residence are managed by property companies who are not interested in student welfare. “A lot of students feel the pressure of, ‘I’m 18, I’ve just come to uni, the movies tell me this is meant to be the best time of my life, and I’ll make all these new friends’, and then if it doesn’t stack up to that right away, this can be an incredibly isolating experience.”

How to combat loneliness in the built environment

Heitland and other members of Lendlease have been working as part of the Loneliness Lab to pinpoint the top five design conditions needed to tackle loneliness and foster connection.

The Lab has outlined these five conditions in their report, Using Design to Connect Us. They are:

These conditions are also divided into the physical environment (the hardware); the programming – the activities, events, services that bring people together (the software); and the policies and standards for the built environment (the code).

The five conditions for connection 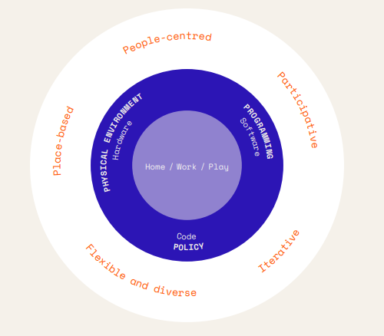 Loneliness needs to be part of a systems approach

“Loneliness cannot be seen on its own. It is about changing the whole system and looking at how we operate in the wider ecosystem, “says Heitland.

Tackling loneliness is about caring enough to know that you need to ask better questions, the right questions – Jake Heitland, Lendlease

“Neither is it about having all the answers. Tackling loneliness is about caring enough to know that you need to ask better questions, the right questions, and asking: have we thought about this? Is this going to be a nice place to live? Is this going to be facilitating wellbeing in an overarching way? It is not just about planting some trees because we like to look at trees.”

As Erin Peavey, architect & design researcher at HKS Architects in the US, is quoted in Using Design to Connect Us: “Design is never neutral. It either supports health or hinders it.”

A change in systems on a company and organisational level also requires a change at city level, if we are to tackle loneliness, says Heitland, and this requires people to feel that they have agency.

Heitland says: “People of all flavours and different backgrounds come to cities to look for new opportunities, meet new people, experience new cultures, and to connect and grow. We came to these cities, and we made them, so we should have agency to change them.”

We need people, especially young people, to believe that they have agency – Jake Heitland, Lendlease

“People have an inalienable right to the city,” says Heitland, who mentions the 1968 book by French sociologist Henri Lefebrvre, The Right to the City, an idea picked up by the Marxist economic geographer David Harvey, whose essay Heitland has framed on his wall.

Tackling loneliness is also about the need for what Heitland calls ‘micro hope’. With public sector budgets slashed, there is little agency to create change in our communities, says Heitland.  “There are good examples of conversations coming together, and we are shifting in the right direction, but we need people, especially young people, to believe that they have agency,” he says.

Creating the infrastructure to tackle loneliness

Change in the city is also about creating an “infrastructure” for connection across the hardware, software and codes.

This can be trees ­(Heitland mentions Madrid’s plan to plant an urban forest ring of nearly half a million trees around the city), but also squares, plazas and parks (referring to the plan in Paris to turn the Champs-Elysées into a place for the community).

He also cites the 1930s’ block where he lives in London, built as social housing by London County Council, as an example. The block is designing around an internal courtyard. “This means that the people flows are all in one area, so we are naturally bumping into each other,” he explains.

It’s also about the benches in public spaces. “Benches are a simple infrastructure for connection, and yet in London we don’t have that many, and what we do have tend to be ‘anti-homeless’, with dividers.”

The most successful street in East London is Broadway Market, And why? Because it is pedestrianised and connects to a park – Jake Heitland, Lendlease

And It’s about turning more streets into pedestrianised zones. “London has prioritised the car for most of the last 100 years. And yet, the most successful street in East London [in terms of where people like to congregate]is Broadway Market, And why? Because it is pedestrianised and connects to a park,” says Heitland. “It helps to create spaces that feel more intimate, safer, quieter and, from a broader, health perspective, typically with lower levels of air pollution.”

The idea of permission – whether actual permission or permission as a feeling – comes up a lot in research into urbanism, says Heitland. “Am I allowed to be here? Does it feel like a place where I can be? Do I feel welcome here?” he points out, giving the example of office building owners talking about ‘activating’ their lobby space, or how, over lockdown, skateboarders took over the City of London in the public yet often privately guarded spaces.

Building a social licence to operate

What does the real estate sector need to do? “It’s about being more transparent and having the necessary conversations with communities and then actually listening. It’s about saying, ‘these are the challenges’, ‘this is what we are doing’, and ‘this is why we are doing it’. It is about building a social licence to operate in an environment where trust in developers is at an all-time low.”

Feel the full weight of the responsibility that we have as people working on the future of cities. Don’t shy away from the too hard or too complex – Jake Heitland, Lendlease

As an example of starting the conversation, Lendlease earlier this year launched Good Life Euston, in partnership with Camden Council, Camden Giving and University College London’s Institute for Global Prosperity, to develop a prosperity and wellbeing index for Euston.

The index will be used to measure and track the long-term impact of regeneration on communities in and around Euston, and to help identify opportunities for local people to prosper while regeneration is underway. A group of local residents have been employed and trained as citizen social scientists to conduct the research in their communities.

Heitland welcomes what he sees as this shift taking place in the world of real estate, as more players in the sector look to make a positive social and environmental impact. However, he still likens the task that needs to be done in transitioning the sector to trying to float the cargo ship that got stuck in the Suez Canal earlier this year. “Massive change is needed which goes beyond words and elaborate yet distant target setting,” he explains.

His key message for the real estate sector is: “Feel the full weight of the responsibility that we have as people working on the future of cities. Don’t shy away from the too hard or too complex, because we need [to build healthy cities], our planet needs it, and our future generations deserve it. It is not just a moral argument, it’s also good business. Building healthy places will make your assets resilient longer term.”

You may also be interested in the blog post ‘Creating wellbeing through architecture’; finding out about how Hepp Space is bringing together the performing arts, wellness and the built environment; and in an article by Louise Brooke-Smith of Consilio Strategic Consultancy on ‘What placemaking and wellbeing can really mean for real estate’.