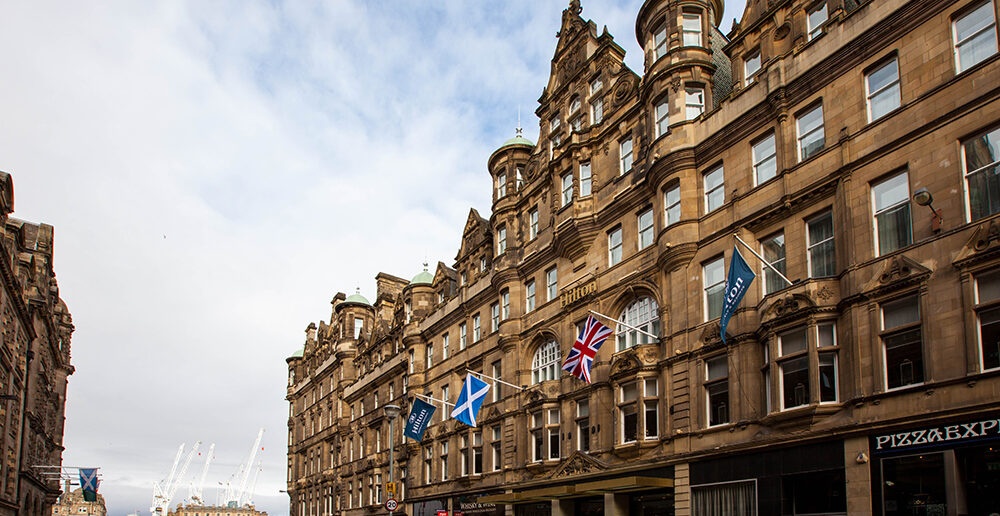 As the countdown begins to 2022, and to MIPIM in March, we turn to the hotel sector to bring you some key trends.
By Georgina Power on January 11, 2022 0 Comments

Hotels may be weathering the fiercest of storms, as they navigate Covid lockdowns, travel restrictions and uncertainty, but the flickerings of a renaissance are to be seen.

Looking beyond the headlines, both consumer and investor sentiment tells us that the hospitality sector, and hotels included, will rebound, and is rebounding, as we head towards 2022. The strong, human urge to travel is in our genes; to be precise, the DRD4-7R gene.

However, like in other real estate sectors, the favourites to be long-term winners are those that started to change tack before Covid.  It’s about becoming more agile, more sustainable, more diverse (not just a hotel room), more focussed on the guest (resident and visiting) – and looking to technology as a tool to drive both efficiency and experience.

As a sign of investor interest in the hotel sector, this October, at a time when hotel occupancy was down 60-90% across Europe, Henderson Park snapped up 12 city-centre Hilton hotels in London, Bristol, Coventry, Edinburgh and Dublin, for a reported £555mn.

Nick Weber, founding partner of Henderson Park, a London-based private equity real estate manager, was quoted in The Financial Times as saying: “We feel we are buying [the portfolio]at a very attractive price. It is not a distressed price. We believe we are playing into the recovery that we are seeing in our other assets.” 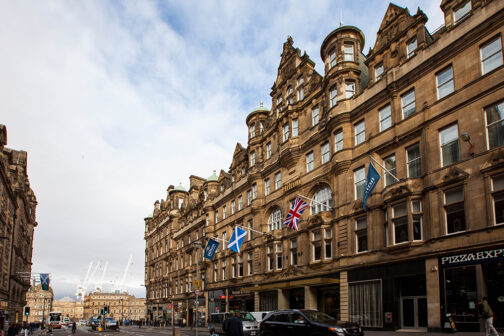 Since then, the news of the new Omicron variant of Covid may have cancelled a few Christmas parties and closed nightclubs in France, but it has not shaken forecasters’ outlook for recovery.

“It is too early to comment on the impact [of the Omicron variant],” said STR, the hotel market data division of CoStar Group, this November. “But we would estimate that, as our forecasts assume, no long-term restrictions will be put in place and therefore most of [the]impact will be seen in short-term performance.”

So what does this renaissance look like? What trends are we seeing that are likely to be carried into and beyond 2022? This is what we came up with:

1. ESG rises further up the agenda

“As we head into 2022, the importance of ESG considerations is becoming paramount across the entire hotel sector. Guests want to ensure their hotel stay does not come at the cost of an unacceptable environmental footprint or poor social practices,” Kenneth Hatton, head of EMEA hotels, CBRE, told MIPIM World.

“At the same time, investors increasingly require their assets to have good ESG scores and be future-proofed for increasing regulatory requirements. Challenges abound, but with both demand and regulatory forces aligning, there is simply no alternative, long-term route.”

In a separate development, the UN World Tourism Organization launched the Glasgow Declaration on Climate Action in Tourism at COP26 UN Climate Change Conference this November.  One of the declaration’s signatories was the Sustainable Hospitality Alliance, whose members include 14 of the top names in hotels, from Accor to Wyndham Hotels & Resorts.

2. Sustainability shifts from being a “sacrifice” to “adding value”

“To act sustainably doesn’t necessarily have to equal sacrifice, it should be more about setting new priorities.” Theses are the words of Ben Förtsch, the owner of Creativhotel Luise, an independent, family-run hotel in Erlangen, Bavaria.

A positive story about building a more sustainable world is a more engaging story.  The hotel industry is now going beyond the ‘why we need to be’ and into the ‘how to be’ sustainable, and how to take their guests with them.

3. “Returns are dialling back from opportunistic to value add”

“While there has been a wall of capital amassed in private-equity quarters to seek opportunity in distress, returns are dialling back from opportunistic to value add.

“This has been driven by both competition for product and presence of core-plus capital that, with the appropriate structures, is getting increasingly comfortable with the sector,” says Kenneth Hatton, who joined CBRE this June from Belmond, part of LVMH, where he was executive vice president – global development & general counsel. 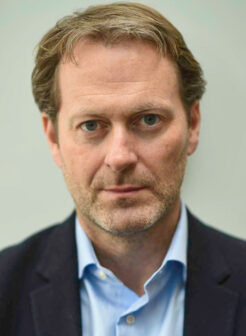 Kenneth Hatton, head of EMEA hotels, CBRE: “Core-pus capital is getting increasingly comfortable with the [hotel]sector.”

Over 100,000 new hotel rooms are due to open across Europe in 2021 – a record that is set to be matched in 2022, says STR. Much of this year’s growth is due to delays, says STR. However, STR adds that cancellations of planned projects have been “limited” to date “despite the significant disruption in performance”. 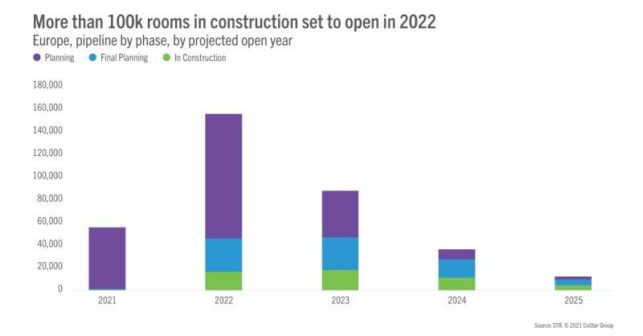 As we head towards 2025, luxury hotel chains account for a gradual increase in their proportion of the development pipeline, writes STR. Luxury hotels also tend to be more about diversifying income to offer a broad range of amenities – and not just those confined to within the hotel walls. Another trend continuing to emerge. 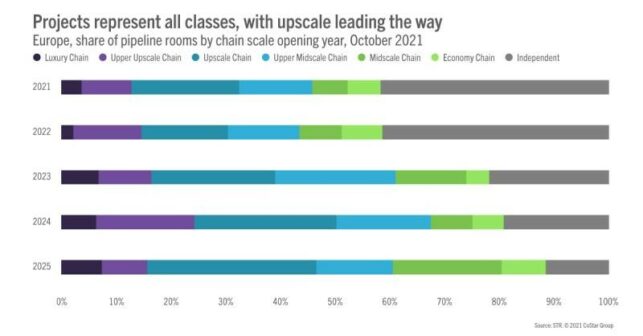 6. UK & Germany top the charts for developers and investors 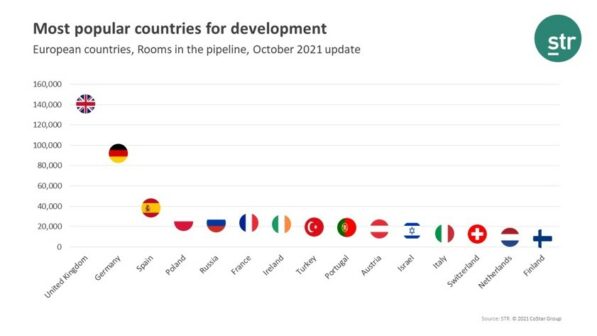 When looking at investor demand, the UK and Germany also top the list, followed by the Iberian Peninsula, and then France, according to several market updates from leading real estate services firms.

With the rise of leisure travel, resort hotels have been in the focus. The Winner of the Best Futura Project MIPIM Awards 2021, Svart Hotel, is set to open in late 2023 in Norway’s Arctic Circle.

At the base of the Svartisen glacier, the 100-room, circular property sits on stilts over a fjord. It will be fully off-grid, carbon neutral and zero waste within the first five years of operation, says Ivaylo Lefterov, hotel development director at Oslo-based developer Miris. In short, picking up on the ESG trend, it will be an ‘energy-positive’ hotel. 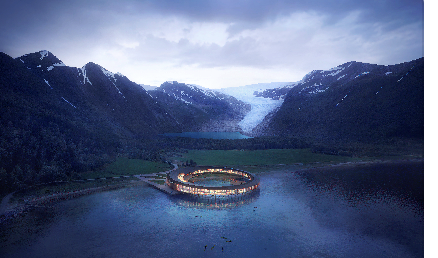 Svart focuses on four main pillars: environment, nature, sustainability, and technology innovation. Wellness and mindfulness also play a big part. “For us, it’s very important to run all of these elements together in tandem, because they have direct impact on the design itself,” says Lefterov.

“From my experience at least, a lot of the mistakes that come from hotel developments are that many projects don’t consider all elements at the same time. It’s often as an afterthought, and then they have to adjust or adopt elements to make it work. 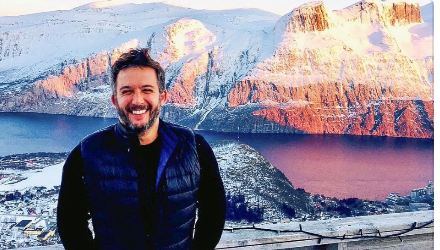 Branded residences have also been in the focus as hotel groups look to expand their footprints by diversifying their cashflows. Accor is one of the fastest-growing groups in this branded residences class. Globally, the group is the second biggest player in the market when pipeline projects are included. 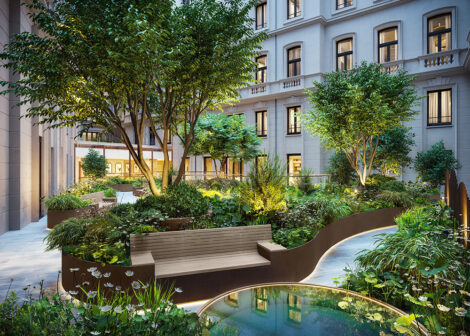 The OWO Residences by Raffles in London ©GrainLondon

Accor has 35 branded residential properties globally across brands including Raffles, Fairmont, Sofitel and SLS.  And more than 80 new properties are under development.

As a sign of the demand for luxury branded properties, The OWO Residences by Raffles in London achieved a benchmark price of over £11,000 price per square foot within six months of its launch, outperforming the prime central London market, says Accor.

The 85 homes available for sale are in a historic, former ministry building in Whitehall. Features include access to the facilities of the 5-star Raffles Hotel – part of the same project – and 30,000 sq ft of dedicated residents-only amenity space. 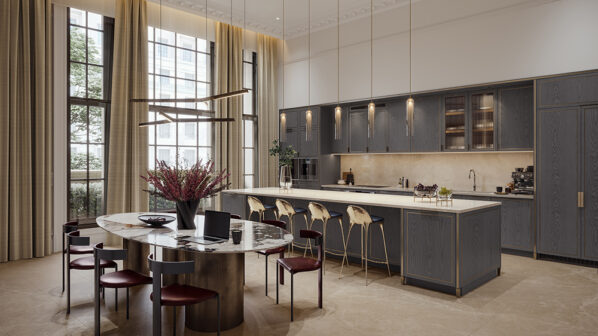 A residence kitchen at The OWO London ©GrainLondon

Both ends of the value scale – midscale/economy and luxury – showed the best recovery in ADR (average daily revenue per occupied room), according to STR.

One of fastest-growing independent hotel chains in the budget & economy sector is B&B Hotels, with head office in Brest, France.  B&B Hotels manages over 560 properties worldwide in 14 countries. The brand has been majority owned by Goldman Sachs since 2019.

Recent openings include a fifth B&B Hotel for Brussels, a third hotel for Brest, a fifth for the Marne region of France and the first B&B Hotel for Hungary, in Budapest.

And the REIT (SCPI) Atream Hôtels bought a B&B Hotels property in Zaandam, a northern suburb of Amsterdam. This follows Atream’s acquisition of B&B hotels Stuttgart-Airport/Messe in 2020.

10. Bringing back the emotion to the guest experience

“To distinguish themselves, travel brands must sell the way they make their guests feel: well rested in advance of an important meeting; awestruck at a beautiful destination; recharged after a getaway…”

Prioritising the guest experience is about gaining loyalty, building resilience and futureproofing your business, says the report, which recommends:

When it comes to bringing back the ‘magic of travel’, Cheval Blanc Paris, the first city destination for this hotel brand, part of LVMH, opened earlier this year as an “ode to the senses”.

The hotel is housed in the Art Deco building of LVMH-owned La Samaritaine department store. It offers 72 rooms, of which 46 are suites, a Dior Spa, a hair salon, swimming pool, hammam, sauna & snow shower, fitness & yoga, four restaurants (including the first outpost of Langosteria from Milan, which has become one of the hottest venues in Paris) and Le Carrousel, a children’s play area.

Expedia, the Seattle-based travel brand, has identified a ‘no-regrets’ style of travel for 2022, which it calls the GOAT (greatest of all trips) mindset. Some 41% of US travellers are looking for the feeling of being ‘excited & exhilarated’, revealed the poll carried out as part of its 2022 Travel Trends Report.

Travellers are also aiming to ‘go with the flow’ more, and to stay more in the present, to be more mindful, rather than posting on social media. And which generation is most likely to splurge on high-end restaurants? Gen Z.

And it’s not all about goats… the Hilton Global Trends Report 2022 highlight the family pet as an important new traveller to consider.

You may also be interested in: ‘Investors show their trust in hotels’ from earlier this year; the MIPIM Connect panel session on the development challenges for luxury and ultraluxury hotels, featuring Gabriel Matar – CEO of Sentinental Hospitality, Willemijn Geels – vice president development Europe, IHG Hotels & Resorts, and Tommy Lai – CEO of General Hotel Management. We also interviewed Willemijn Geels about doing more deals across Europe as part of our Leaders’ Perspectives series.