The Future is Flexible – MIPIM News

The real estate industry is embracing the idea of property as a service, and nowhere does this shift have more currency than among the backers and operators of flexible office space.
By Graham Parker on May 20, 2020 0 Comments

This feature about flex offices was written for the MIPIM Preview magazine in February 2020; all comments relate to the market pre-coronavirus

One of the revelations of real estate over the past decade has been the speed at which social change and technology have combined to support the rise of flex offices in all major cities around the world.

London is arguably the most advanced market globally in this area, according to CBRE, which predicts that flexible office operators – providers of both co-working and serviced offices – could represent 20% of all leased offices in the UK capital by 2030. In other words, flex office operators currently occupying 900,000 sq m could grow to nearly 3 million square metres by 2030.

What is more striking is that CBRE is making this forecast after last September’s failed stock market IPO of WeWork, whose aggressive expansion up to that point had overshadowed established players such as The Office Group and IWG.

WeWork’s ignominious failure to raise fresh capital has certainly taken some of the wind out of the sails of the flex office movement, putting off some investors while posing questions about valuations, risks and just how sustainable is this business model?

The biggest issue is the same now as it was with the first wave of serviced-office operators in the early 1990s, which is that WeWork and some of its peers are committed to long leases while offering their customers, or members, short-term space. They are left with huge financial exposure in the event of a downturn.

Yet since WeWork’s doomed IPO, rival operators like Knotel and CBRE subsidiary Hana have continued to expand rapidly through partnership agreements with landlords. Cushman & Wakefield has launched its flexible office business, Indego, while UK business space investor Arlington has responded with its own service, called Adapt.

One reason behind such expansion is that there remains plenty of room for growth. Flex space is still a tiny proportion of the overall office stock – about 2.5% on average across Europe, according to most industry calculations.

Figures from JLL show that until last year, the European flex office market had been growing at an extraordinary 25%-30% per annum. But even after that growth in London, flex space still accounts for a modest 7.5% of the total stock. Amsterdam is next at 7%. In Paris, it’s just 3%.

“We’ve revised down our [annual]growth projections for the next couple of years to 10-15%, but we’ll still certainly see growth. And the underpinning demand for flexible workspace is clear. Right now, everyone is being forced to question which models for flex space work, especially when and why.” says JLL’s global head of flexible space, Ben Munn (below). 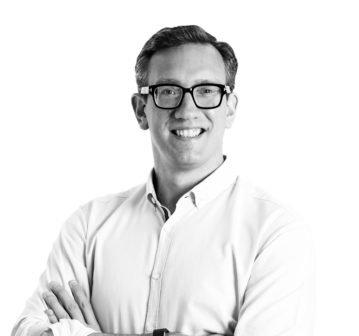 Though there are seemingly low barriers to entry, James Nicholson, partner EMEA strategic consulting at Knight Frank, notes that much of the supply is run by small, independent operators, offering a relatively limited service.

“In the next few years, I expect that occupiers will become less tolerant of poor-quality offerings, and many of the long tail of smaller poor-quality providers will fold, leaving a significantly smaller number of better-quality providers to prevail – further driven by consolidation. Successful providers will have focused on their differentiating USPs, brand and continuous improvement of customer experience” Knight Frank’s James Nicholson (below) 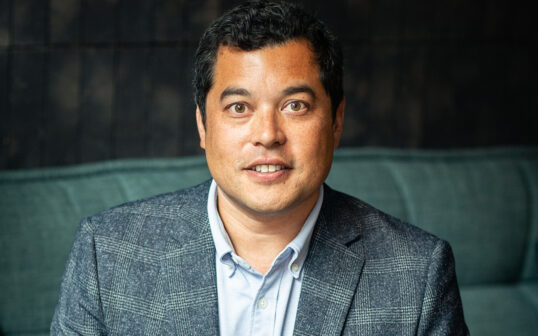 Nicholson also points to a shift in occupier demand, from startups to major companies, as another key development. “In the so-called ‘core and flex’ model for corporate real estate, core operations are housed in premises on longer-term leases but everything else is taken on a more flexible, serviced basis,” he explains. “This serves to enhance flexibility, reducing operational burden and allowing third-party expert operators to deliver a great workspace experience, as a service.”

The growth of major employers as users of flex space is also driving up service and amenity levels to something akin to the hospitality sector. These corporate occupiers do not just seek the flexibility of short-term space – important though that is – but an overall office experience that will help them attract and retain talent.

This would seem to be the belated message from WeWork, which was initially marketed as a tech company but following its failed IPO is re-positioning itself as a service business. Yet according to Charlie Wade, European managing director of proptech firm VTS, technology still underpins the customer experience, and arguably more so now with the influx of the big corporate occupiers in flex offices.

“Technology can be better utilised to manage flex space if it is implemented throughout the entire customer journey to both attract, convert and retain tenants,” argues VTS’ Charlie Wade (Below). 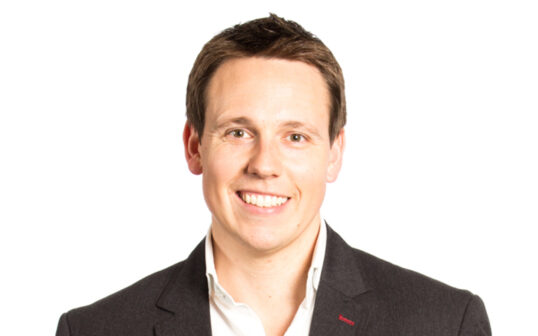 “The very nature of flex space means that landlords will need to do more deals more often. Converting new customers, managing relationships and retaining income where you can is vital. Technology provides landlords with the visibility on their tenant’s needs and the efficiency to execute more leases faster. Transparency, seamless integration and a friction-free experience creates customer loyalty, and therefore, decreases voids.”

Even so, as Munn says, office landlords will increasingly need to provide a flex space component with high-quality amenities – such as concierge services and food & beverage offerings – as a matter of course to meet demand from the major corporates.

The nagging question is how – is it best to lease to a specialist operator, agree a partnership or management arrangement with an operator, or go it alone? Munn believes the latter is difficult for many property companies. “One of the main reasons I think landlords won’t go down this path en masse is the inefficiency, if you like, of building an operating company focused on your own assets. The vacancy rates in a portfolio and where you can apply flex are going to vary considerably.”

Nicholson points out that there are “quite different skillsets” required of property companies and operating companies, adding: “With the exception of a few, we expect that most landlords will decide that they neither have the expertise nor appetite to become operators and will outsource to experts.”

One high-profile advocate of the partnership approach is Hana, which CBRE launched two years ago in the US before expanding into the UK this year with three London operations in buildings owned by Nuveen Real Estate, LGIM Real Assets/Mitsubishi Estate and Oxford Properties.

As Paul Nellist, Hana’s managing director of EMEA, puts it, tackling the operational minutiae of services and amenities alongside more strategic property concerns would be “a pretty big ask” for many landlords. “Far better, we say, to partner with someone like ourselves who’s got that service and operational experience.”

Hana’s attention to detail is seen in the coworking areas at its Dallas location where the operator has installed acoustic panels on the ceiling and sound-absorbing light shades in each booth while ensuring open areas remain quiet so that members can focus on their own work or collaborate. The on-demand meeting room – Hana calls it a ‘pitch room’ – can be reserved by anyone, not just tenants, by the hour, day, week or month.

“First and foremost, we’re a hospitality company. We consider ourselves a brand. We absolutely have to ensure that we’re delivering a great, consistent experience for our members each and every day. With that experience comes a lot of hard work and training, which underpins the whole hospitality offering. If I look at who and where we’re hiring at the moment, it’s around those concierge people who know about a warm welcome and a fond farewell. They’re coming from high-end Italian retailers and from the hotel industry” – Hana’s Paul Nellist.

Hana’s business model also allows for flexibility in its arrangements with landlords – management agreements in the main but also “hybrid leases whereby we pay a proportion of rent and the rest of it is variable…but everything is done through the partnership lens”.

It’s a product, he says, that can be replicated across EMEA, revealing that Hana is planning to open flex offices in Amsterdam, Berlin, Dubai, Dublin, Madrid, Manchester and Paris.

In effect, Hana and its peers want to be in the same cities as their bigger corporate clients, and to grow alongside them. As Nicholson suggests, a customer base expanding from early-stage businesses to larger corporates is “perhaps the most significant evolution in flex in the last few years”, and a signal that the growth in this sub-sector of offices has much further to go.