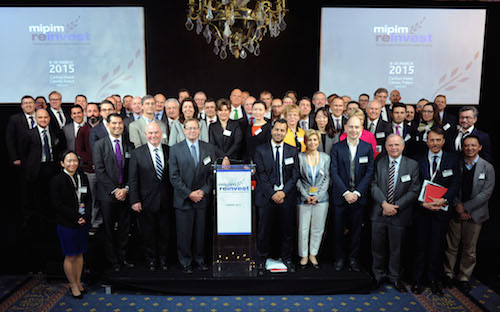 Some of the world’s largest institutional real estate investors are confident that interest rates will remain low for some time, but they are finding it increasingly difficult to find value.

These were among the key conclusions from an exclusive investor summit held on Tuesday at the MIPIM trade fair in Cannes, France.

Close to 50 professionals from some of the world’s largest pension funds and sovereign wealth funds discussed a series of pressing issues at MIPIM RE-Invest, a closed-door, roundtable event.

Table moderators revealed that most investors were not concerned about interest-rate risk in the short term. Investors expect rates to remain low for some time and anticipate a rise only once economic growth returned. There were also seen to be a lack of alternative means of protecting against inflation.

But finding value in increasingly competitive markets was one of the key issues for participants with investors having to become innovative to find attractive opportunities.
“There is a general sense that everywhere is expensive but not every thing is expensive,” said one moderator.

Logistics was one of the most sought-after sectors, but investors were concerned about accurately valuing assets, the risk of obsolescence and difficulties around building scale.
The sector was seen as benefitting from online retail, but investors still showed interest in retail property investment.

During a presentation in the morning, Robert White, founder and president of Real Capital Analytics, showed that global investment in retail properties had been above the long-term average for several years.

Investors recognised that the retail property sector was being affected significantly by technological developments, but there was a general consensus that the ultimate impact was yet to be fully understood.

“Retailers are still experimenting,” said one moderator, and so the implications for institutional real estate investors could yet change.

Many investors argued that geographical diversification was becoming less important in a conventional sense. Rather than looking to allocate to specific countries, real estate investors are increasingly looking to invest in “permanent locations” – specific urban areas that are expected to stand the test of time and be thriving in 30 years’ time.

More is yet to come… Check out the other MIPIM 2015 summits and discover all the conferences on Property Finance & Investement!