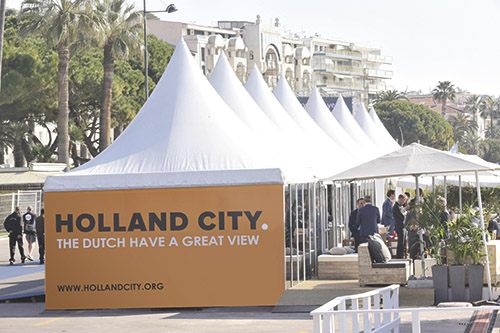 The Netherlands continues to be a magnet to global investors on the back of an encouraging economic and occupier demand story.
By Graham Parker on March 24, 2015 0 Comments

One of the resurgent real estate markets in Europe in the past year has been the Netherlands, which continues to be a magnet to global investors on the back of an encouraging economic and occupier demand story.

At MIPIM, Savills forecast that the Dutch real estate market will see growing investor demand in 2015 following a strong 2014 during which investment virtually doubled. Last year, €6.7bn of property changed hands in the Netherlands against turnover of €3.4bn in 2013.

Savills reported that as many as two-thirds of buyers originated from overseas and it is easy to understand why. Though this market may not have suffered from the distress that afflicted Ireland and southern Europe, its downturn was nonetheless long and tough.

Like much of continental Europe, confidence is up as a result of the ECB’s quantitative easing programme. Unlike other European markets, however, yields on Dutch property are currently still above 2007 levels, which means that it offers cross-border investors good value, at least during 2015. Investor demand will inevitably lead to a fall in yields as prices rise but, as Savills suggests, for the foreseeable future prime offices, logistics, residential investment and student housing look attractive.

Against this improving market backdrop, there was a strong Dutch presence at MIPIM. Amsterdam, Haarlemmermeer, Rotterdam and The Hague joined forces in the Holland City pavilion, alongside leading investors and private sector partners.

This loose public-private sector partnership was promoting real estate investment opportunities in sectors ranging from offices and retail to hotels, residential and student housing. One of the big themes was the transformation of redundant office space into attractive rental apartments, not least because investors – both domestic and foreign – are already returning to the Dutch residential sector in growing numbers.

According to the Dutch cities and their partners, the positive market fundamentals have been underpinned by demographic trends and changes in government legislation to level the playing field for private property investors. All of which are combining to create “a once-in-a-generation investment sweet spot”.

That is a bold claim but it is important to note, too, that the city of Amsterdam, for instance, has not relied solely on market forces but through its Economic Development Board has established a robust strategy for renewed trading success. Amsterdam has laid the economic foundations to attract overseas capital. In other words, as pointed out during one of the main events of the week, the MIPIM City Investment Forum, the city has shown “strong leadership” and “built long-term relationships of trust with investors”.