China’s Belt and Road Initiative is already changing patterns of distribution in continental Europe. Here's how...
By Graham Parker on May 13, 2020 0 Comments

This feature about Belt and Road Initiative (BRI) was written for the MIPIM Preview magazine in February 2020; and all comments relate to the market pre-coronavirus.

The Belt and Road Initiative (BRI) which was adopted in 2013, has involved infrastructure projects in about 70 countries in an approximate recreation of the ancient Silk Road. Crucial for Europe was the development of two key east-west rail links – the Northern Silk Road and Southern Silk Road – that feed goods in, and to some extent out, of Germany and which converge at Duisberg.

Marco Kramer, head of research at Munich-based fund manager Real IS says that the BRI has two overriding objectives: to revive historic trade routes between Europe and Asia and to open up new routes in order to accelerate economic growth across the Asia-Pacific area.

The BRI is backed by investment of $900 bn (€830bn) from the Chinese government and state-owned Chinese companies.

Kramer explains that the Chinese government has made direct investments in infrastructure projects and port operating companies and now has stakes in Rotterdam in the Netherlands, Belgium’s Antwerp and both Bilbao and Valencia in Spain.

Between 2007 and 2017, container volumes at the ports of Rotterdam and Antwerp grew by more than a quarter. 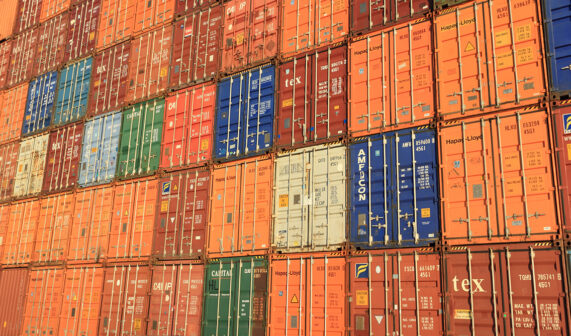 “Given this rapid growth, the importance of the role played by supra-regional logistics distribution centres close to these ports, so-called gateway logistics hubs, is increasing significantly”, Kramer explains.

“Areas like Duisburg are the main beneficiaries of the increased volume of Chinese freight,” says Sean Rymell, European real estate analyst, UBS-AM Real Estate and Private Markets. “Duisport has more than quadrupled its industrial stock over the last four years in response to heightened demand,” he adds. Duisport alone has 1,550 hectares of land and 2.2 million sq m of covered storage.

Polish markets have also benefited from the BRI. “The standardisation of rail gauges means a transition-free journey from China to Europe, and the service stops in Lodz whose huge container terminal is being used to distribute across Europe,” points out Nick Preston, fund manager at logistics property specialist Tritax.

“Poland’s road network is also growing,” Preston adds. With about 500km of new motorways still to be completed in the country, the market is evolving.

But while this means better distribution networks some investors regard this as a risk because established locations can be overtaken. “That is one of reasons why we are keen on developed European economies. We do classify Poland within that, but obviously it is at the frontier-end of ‘developed’,” Preston adds.

Nevertheless, there are considerable advantages for occupiers, as Knight Frank partner Richard Laird points out. “We are seeing huge investment by occupiers into the west side of Poland as a means of accessing the more costly German market whereby you’ve got a road network linking Poznan with Berlin.” For Laird, one of the key benefits to occupiers is the access to cheaper labour on the Polish side of the border while remaining in range of “huge swathes” of Germany.

The BRI is not the only logistics project that is reshaping the logistics network in Europe and The TEN-T initiative (or Trans-European Transport Network) promoted by the European Commission’s Innovation and Networks Executive Agency (INEA), includes 30 priority projects.

“The TEN-T project has seen EU-wide investment into road, rail, sea and air connectivity. It is really trying to boost the quality of motorways especially,” says Rymell. “Most of the spend for this has fallen on Central and Eastern Europe, particularly Poland, so I think there’s interest in hotspots there.”

However, he too adds a note of caution: “We do still think Poland and CEE pose short term issues because of supply and currency risk as well as headline versus net effective rent. But over the long term they stand to be a big beneficiary, especially border areas with close links to the German market.”

Other CEE countries stand to benefit too. Andrea Ferranti, head of industrial and logistics research at Colliers International, says: “The CEE markets could see growth from increased penetration from e-commerce – which is currently fairly low at between 5-15% of retail sales – and near-shoring from manufacturers to mitigate risks from locations further afield, especially given the region’s strategic location, traditions in engineering and a highly skilled and relatively low-cost labour force.”

The growth of ecommerce and the need to locate near sources of suitably skilled labour are pulling occupiers toward urban areas. Remy Vertupier, fund manager of AEW’s Logistis fund, says access to markets and labour, facilitated by good infrastructure, tends to be the key determinant. “There are huge needs for urban logistics because of ecommerce and the growing trend of urbanisation,” Vertupier says. 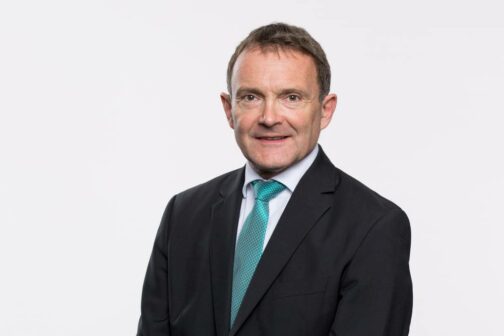 “E commerce requires shorter and shorter delivery times so warehouses in the middle of nowhere are not suitable. Transport comprises 50% of supply chain costs whereas rent is 5% to 10% so 10 km in the wrong direction can have a huge impact on both costs and carbon footprint,” states Thomas Karmann (above), Head of Logistics at AXA IM – Real Assets.

Jon Sleeman, head of EMEA industrial and logistics research, JLL, adds: “Looking forward we expect the best performance within the sector to be delivered by last mile properties in major cities and urban areas that are forecast to see strong population and economic growth but which are also characterised by a limited supply of industrial land.

As major population centres, these locations are also driving growth in e-commerce, including online grocery, which we expect to accelerate after the pandemic. Examples are likely to include London, Paris, and major cities in Germany, Spain and Italy, where e-commerce penetration rates have been lower.”

In urban locations the fine detail of the infrastructure is what counts.

“We are drawn to micro locations where there is significant government or municipality spend on the local bimodal or trimodal infrastructure – rail to road, canal to road etc.” said Alistair Calvert, CEO of Clarion Gramercy

The change in emphasis has brought more surprising shifts. Len Rosso, head of industrial and logistics, Colliers International, points out that in last 12 to 18 months occupiers have favoured locations more akin to traditional manufacturing because of their labour-force needs. For example, Amazon has large units in UK centres Darlington, Durham, and Mansfield.

“From a UK perspective this is definitely a departure from traditional logistics locations. A lot of companies are re-evaluating what is important and the employment pool is determining where they want to go.” says Len Russo

The trend further complicates a market that is awaiting the implications of the expected Brexit trade deal with Europe and Knight Frank’s Laird says that Brexit is forcing the UK to start looking at ways of “weaning ourselves away from the Channel Tunnel/Dover dependency.” Broadly 80% of Roll-on-roll-off goods go via Dover. Laird says the UK’s East Coast ports including Immingham, Hull and Teesport, are coming under closer scrutiny as a result.