Because the blockchain and tokenization are new technologies, a lot the terms and products may not be commonly understood to everybody. Discover one of the latest and more polarizing topics to this effect
By Nick Baldwin on January 24, 2023 0 Comments

We live in a world where we are all constantly promised “the next big thing” that will change everything. But for every Uber, Google, and Amazon that revolutionizes the way we interact with the world, there are countless, forgettable fads. Skepticism in technology is understandable and, frankly, responsible. The ability to differentiate between a fad and a lasting piece of technology can be the difference between feast and famine for an investor. One of the latest and more polarizing topics to this effect is centered around blockchain, crypto-currency, and tokenization. Tokenization was the topic of conversation at the Burnham-Moore’s Center “Morning Series,” hosted at the Joan B. Kroc Institute for Peace & Justice Theater at The University of San Diego.

The speaker was Guy Tcheau, Managing Director of Investment Strategy at Principal Global Investors and was moderated by Norm Miller, PhD, Hahn Chair of Real Estate Finance at the University of San Diego’s Knauss School of Business.

Because the blockchain and tokenization are new technologies, a lot the terms and products may not be commonly understood to everybody. Before diving into the substance of the presentation, I wanted to outline a couple helpful definitions and descriptions that will provide background to the benefits of tokenization and their impact on the commercial real estate industry.

First and foremost, what is tokenization? As it pertains to real estate, Mr. Tcheau described tokenization as the digital representation of a physical asset that is stored on the blockchain. 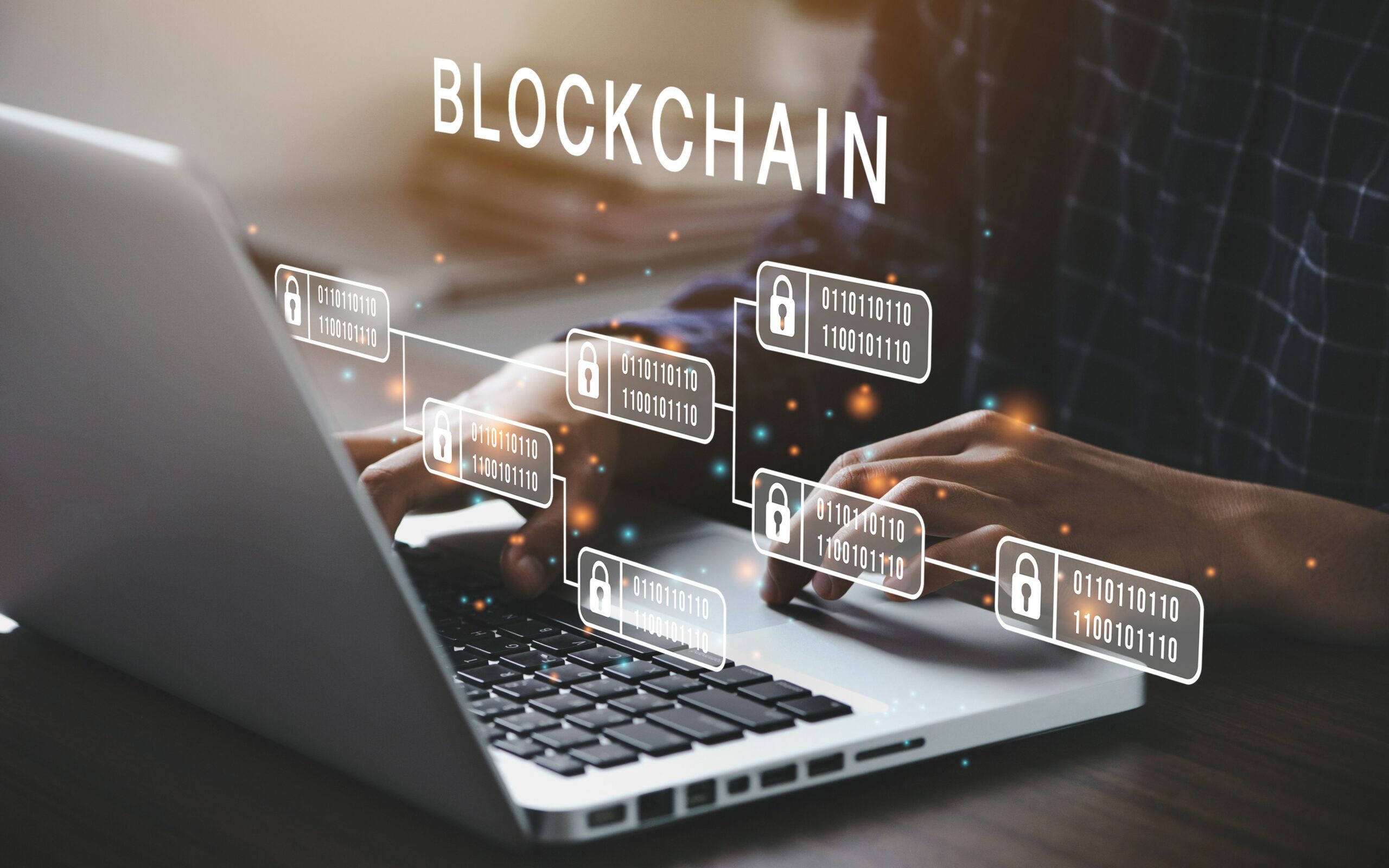 Mr. Tcheau adeptly defined tokenization and shared why tokenization can, and likely will, play a revolutionary role in the future of real estate investment operations.

The word of the day and probably the most influential part that tokenization will play in altering the real estate investment landscape is the “democratization” of real estate investment. Real estate has been one of the largest wealth generators in history. But, as both Dr. Miller and Mr. Tcheau discussed, there are many barriers to entry, or as they stated, friction, for individuals to invest in resources. Traditionally, real estate investment involves large time commitments and upfront monetary costs to purchase a site, work with lawyers, contractors, property managers and brokers, which has allowed real estate investment to be run by institutional buyers and pushed out the individual.

Tokenization returns some purchasing power to the individual with a lower purchase cost and fewer administrative responsibilities. With a purchase that is no more complicated than the purchase of a share of stock, a digital token, representing a piece of ownership in a physical asset, can be distributed to investors in a secure and immutable fashion. While terms will vary from contract to contract depending on a sponsor’s preference, the owner of a token in a real estate asset may have a voting stake in decisions that take place at the asset or portfolio level, giving true equity to the purchaser.

The concept of fractional ownership of a real estate asset is not a new one. Real Estate Investment Trusts (REITs), which are shares of real estate portfolios that can be invested in like stocks, have been around since the 1960s. So, what differentiates tokenization, which, on the surface, feels like a digital cousin to REITs?

While the concept of fractional ownership is the same, that is essentially where the comparison ends. Shareholders of REITs are fully reliant to the REIT manager on the outcomes of their investment with no say in decisions taking place at the asset or portfolio. With ownership via tokenization, depending on the terms of the agreement coded into the token itself, token holders have a more active say in the outcomes at the asset they own, including voting out current management. It is the concept of democratization that can hold sponsors of the tokens responsible for proper management in the image that the majority wants.

As mentioned above, the concept of tokenization and block chain feel very reminiscent of the surge in usage of the crypto currency in our everyday vernacular. But, despite the fact that crypto currency is here to stay, many are still wary of digit currency as a concept which may lead to skepticism of tokens as well. Mr. Tcheau had message for those people as well.

There are two main ways that crypto currencies and tokens are different from one another: regulation and from where their value is derived. Crypto currency was created based on an idea of being an unregulated form of digital currency not tied to any one entity. They also produce no value outside of the fluctuation of the market that is decided upon by the basics of supply and demand but produces no passive revenue.

Tokens, on the other hand, are beginning to be regulated and hold an intrinsic value. In terms of regulation, according to Mr. Tcheau, tokens pass the Howey test, which determines if an asset can be classified as a security, thus making regulation by the SEC possible. To fulfill the 4 required prongs of the Howey test, an asset must:

Given these terms, many countries, including Singapore and Luxemburg have already begun creating regulations on tokenization, paving the way for other countries to follow suit. Regarding value, the concept is simple in the same way as owning a piece of a real estate asset. Value is generated not just from the appreciation of your asset at the time of a sale, but also through monthly rents collected, differentiating it significantly from crypto currencies.

The Road to Complete Democratization is Not Yet Paved

While tokenization is an overwhelming step in the right direction toward democratization of real estate ownership and cuts down on a lot of frictions that are in place today, it by no means is the end of the road. There are overwhelming barriers to entry to ownership of a token, namely the requirement to be an accredited investor, which has a minimum net worth requirement that exceeds most household net worth’s in the country. This cost alone could prevent many minoritized groups from entering the real estate industry, an industry that is in an uphill battle diversifying its workforce. While Mr. Tcheau is adamant about his belief that the growth of tokenization will allow for such change to take place, it is still a concept that needs to be of the utmost importance to allow for anybody to be able to own these tokens. 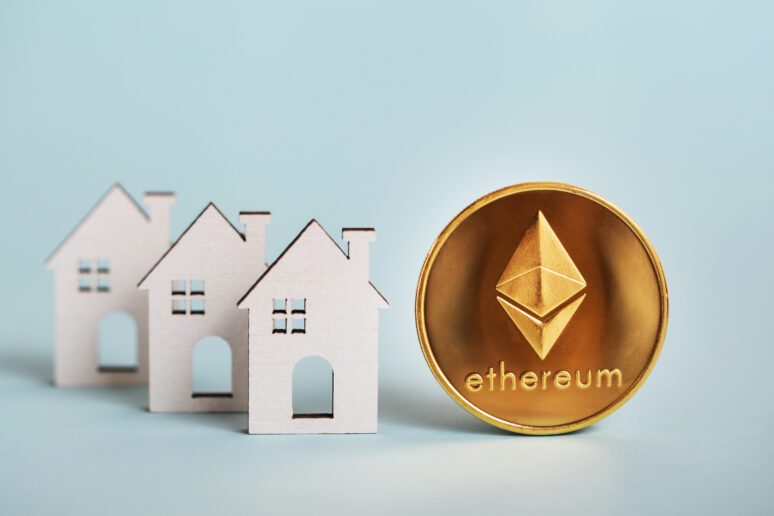 Tokenization may be a long way from being a commonly held investment strategy for the everyday, casual investor in the same way that stocks are, but it is not too early to consider what the potential impacts tokenization can have on individuals and communities alike. The concept of democratization and having voting stake in an asset is theoretically game changing, but what would that look like in practice? How could this concept impact the day to day operations and bottom line of an asset or portfolio?

Another term that has grown rapidly in the real estate community over the last year: ESG, meaning Environmental, Social, & Governance. Some believe that this has become a “buzzy” term that is more of a requirement than a value statement, but as ESG plans become more prevalent and employees investors take a more active role in how their investments shape the communities their assets reside, voting stake can play a big part in this. Whether it takes the form of voting to require union or local labor for all vendors entering the building or prioritizing more environmentally-friendly, less cost-efficient products and capital projects, the voice of the token holders can influence the impact their asset has on the community and potentially influence assets to follow suit.

Tokenization provides an opportunity for all different experience levels of investors and developers to raise money to sponsor a real estate project to be tokenized, but it is not likely that all sponsors will be created equal. A more experienced investor or developer with a track record of success and rolodex of pre-existing partners may be far less inclined to give their token holders a say in management decisions such as the degree of debt, whether to refinancing, changing managers or the prioritization of capital improvements in their projects. These investors will see tokens as a means to simplify the process of drawing up contracts and distributing dividends to investors. Less experienced investors, on the other hand, may need to create more vocal equity to their investors on projects that they sponsor in order to entice investors while they are building a reputation and creating the relationships necessary to create a foothold in the industry.

The form that tokenization will take in the future is not one-size-fits-all and that is likely its greatest strength. The reduced friction that comes from reduced administrative costs and more easily customizable digital contracts will continue to adapt to fit the needs of different user’s needs. Like many lasting technologies, it will be up to us to create those different forms to create a more democratized real estate industry.

Nick Baldwin is a Master of Science in Real Estate candidate at the University of San Diego. He has experience in commercial real estate brokerage, property manage, and is now focused data and market analysis throughout the United States and Canada. He received a BA in Communication.