“Love cities!” was the key message from former French President Nicolas Sarkozy at MIPIM Urban Forum Paris 2020, a dynamic day of conferences combining political insight and governance goals with blueprints for the metropolises of the future.

“The ideal city doesn’t exist,” said Sarkozy. “Equality doesn’t exist! I believe more in the power of difference. We should love cities in all their differences. That’s what makes them beautiful. There is no single model.”

In a challenge to his audience, President Sarkozy insisted that Covid-19 would not have an impact on cities of the future.

Sarkozy added: “we must put a stop to Western decadence by rediscovering a love of big projects, and innovate. Let’s create “Greater Lyon”, and “Greater Marseille”, to make Marseille the capital of the Mediterranean. We should bring the TGV train to Le Havre, because Le Havre is part of the port of Greater Paris.”

France’s President from 2007-2012 concluded that positive outcomes can be borne of troubled times like these: “crises are often opportunities for change,” he insisted.

So how should we seize such opportunities? “The best response to the crisis is taking initiatives. The size of the debt is not important,” said Sarkozy. “Invest in museums, infrastructure… things that will make people proud. Louis XIV was accused of ruining France; I think Versailles is more than profitable now!” 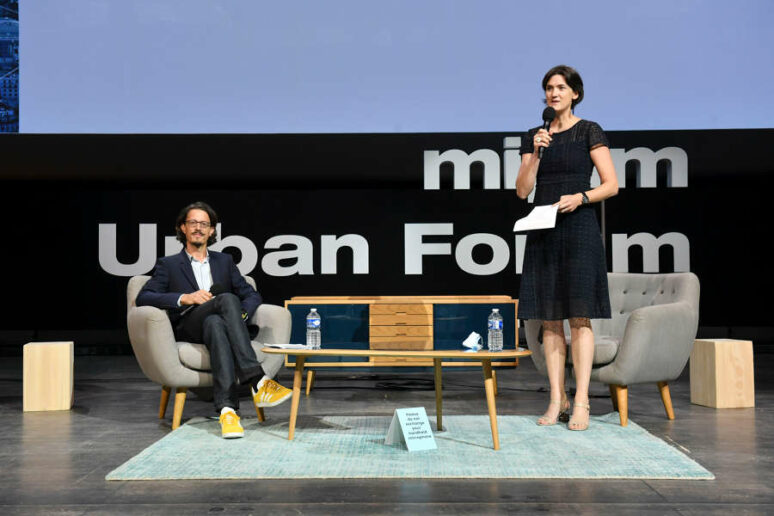 Holger Schmieding, Chief Economist, Berenberg, said:”While Covid represented a nasty shock, we are on track for a tick-shaped recovery. Getting the virus under control and keeping confidence on an upswing is key.”

Added Albert Meige, CEO, Presans: “Home has become incredibly important to us, both personally and professionally. Alongside that, there has been a very strong acceleration in online consumption, plus a new trend: fear of public transport. These may last a long time.”

Taking the stage for “Revisiting Governance models”: Nikita Stasishin, Deputy Minister of Construction, Housing and Utilities of the Russian Federation opened with a keynote on revisiting planning rules. “One of the key challenges we are now facing is making sure that our planning laws are fit for the future, so we can develop the cities that we need and deserve,” he said. 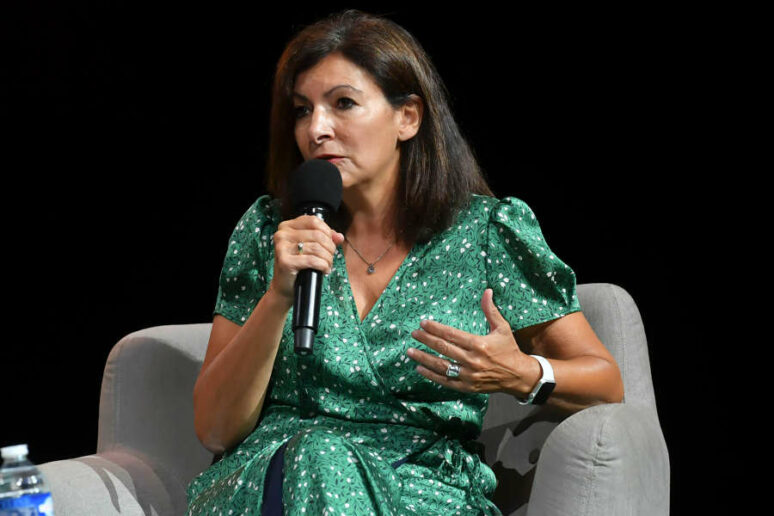 This was followed by an entertaining chat between the Mayor of Paris, Anne Hidalgo, and the Mayor of Rome, Virginia Raggi, in conversation with journalist Frederic Ferrer.

Said Raggi: “The health crisis has directly affected our cities; resilience is required. The 3 Rs are key: reinvestment, regeneration and to restart. In the Covid era we need fast, effective and above all flexible responses.”

Hidalgo explained: “Essential workers can’t be pushed out of cities where speculation is rife. They mustn’t be obliged to commute huge distances. These are very important lessons and influence how we manage cities.”

She continued: “We have decided to de-consolidate power, giving governance back to the individual arrondissements of Paris. Citizens need to find everything they need within 15 minutes of where they live; we need to consider things at a micro-level.” 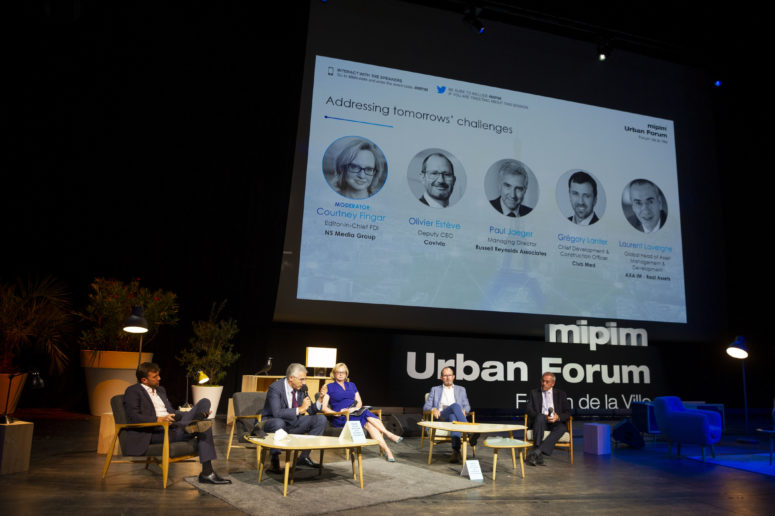 Said Estève, “Covid reinforced some trends which were already active. Sustainability was and is a key theme, wellness is emerging as a key concern.”

Lanter of ClubMed speculated if remote technologies might allow children to be taught while on holiday in the future. “The pandemic has also seen a rise in popularity for more peripheral destinations, with domestic tourists rediscovering their own countries,” he noted.

Lavergne added: “The role of investment managers is evolving. It used to be just about leasing space. Now you need to understand the needs of end users and how to adapt your product, it’s much more intensive.”

Jaeger raised leadership issues prompted by the crisis: “There is a lot of pressure in the real estate sector on team leaders. Leadership is more difficult when flexibility is part of the equation. Companies need to find a solution at the governance level.” 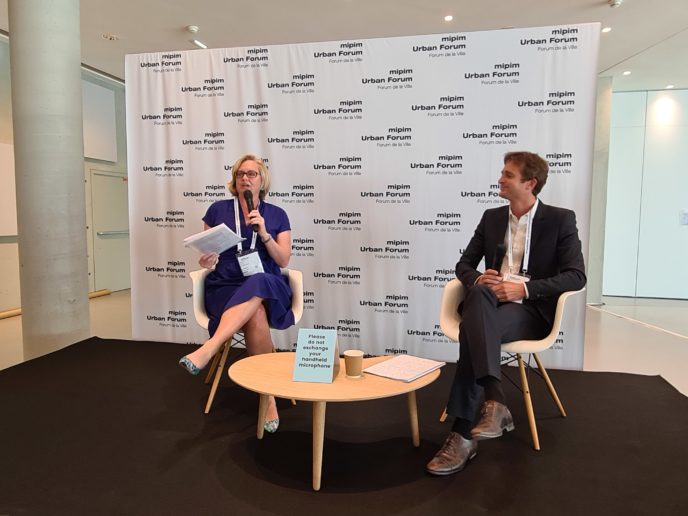 The MIPIM Urban Forum’s Young Talent Networking lunch, in partnership with the Institut Choiseul, encouraged networking and showcased a couple of success stories. Woodeum CEO Julien Pemezec (above) told panel moderator Courtney Fingar: “We realised that real estate was a significant polluter; wood was our solution. But we ran into regulatory problems because the rules were built around concrete. Today, the world understands the carbon challenge.”

Young entrepreneur Jaebadiah Gardner, Founder & CEO, GardnerGlobal, brought a US perspective. He said: “I wish I could be more positive about the US right now but being a black American is difficult. We continue to invest, in any case, in our projects and communities. I have created a business model that takes into account social justice, but actually generates returns.” 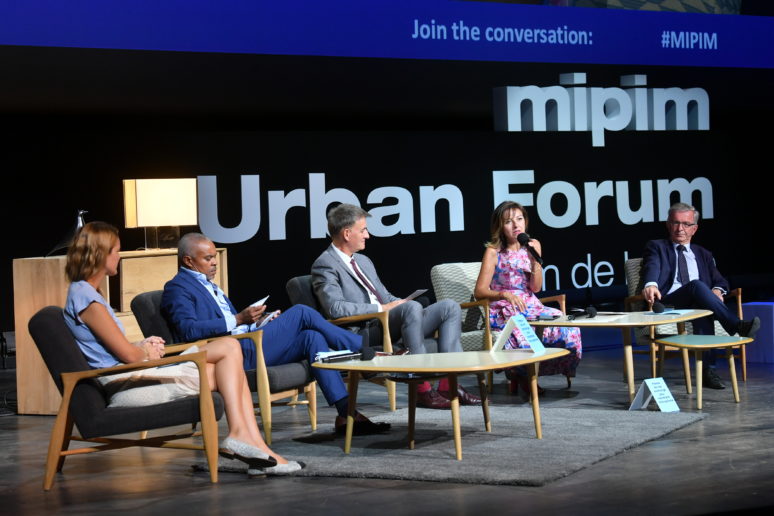 “We have 13 French departments with very low density in some areas and we need rail services to connect our different communities,” explained Delga.

“We are now recomposing the urban territory, like in the renaissance“, said Bonneau. “A lot of responsibility and power is required… I am deeply mobilised to make sure this territory, this region can embrace this change that is happening.”

“With the pandemic, of course digital transformation has accelerated. We wil be handing out laptops to every student entering high school. The digital rift between those that had computers and those that only had a cellphone is unacceptable. We also want working from home to become a standard 1-2 days a week… People are going to go to work remotely, learn remotely, and go to the doctor remotely.” 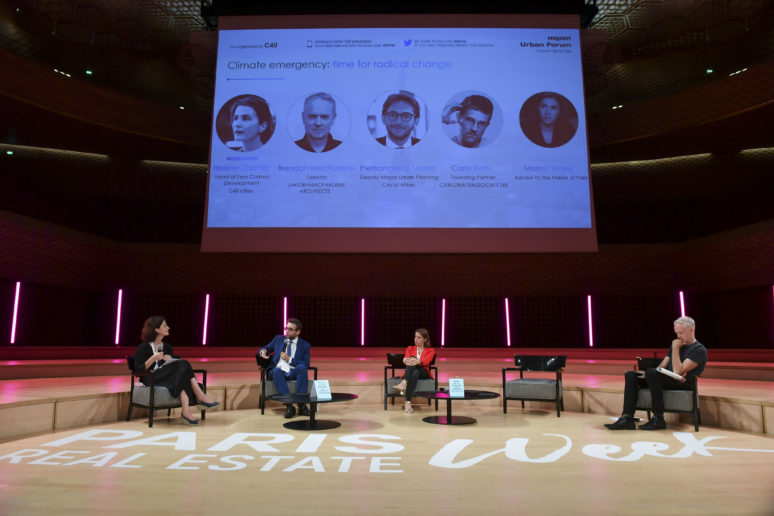 One of the highlights of the afternoon was the session dubbed “Climate emergency: Time for radical change”. Co-organised by C40 and moderated by Helène Chartier, this saw Pierfrancesco Maran, Deputy Mayor for Urban Planning, Green Areas and Agriculture, City of Milan, go head to head with Marion Waller, advisor to the Mayor of Paris, and Brendan MacFarlane of Jakob+MacFarlane Architects.

Said Maran: “In 2010, Milan was considered one of the most congested cities in Europe. We introduced a congestion charge, expanded subways and increased shared mobility options. We have to make citizens responsible for their cities and push collaboration.”

Added Waller: “Seeing so many offices empty during the crisis was completely unacceptable. We cannot have a stock of such inflexible buildings. Other assets pivoted more successfully. The Haussmann model is much more adaptable; real estate has regrettably regressed.”

MacFarlane noted: “The focus on recycling in architecture, from reusing materials to structures, has moved rapidly. Radical change is coming out of the crisis. The regulatory area is still behind on aspects including mandatory insulation, so it needs to catch up.” 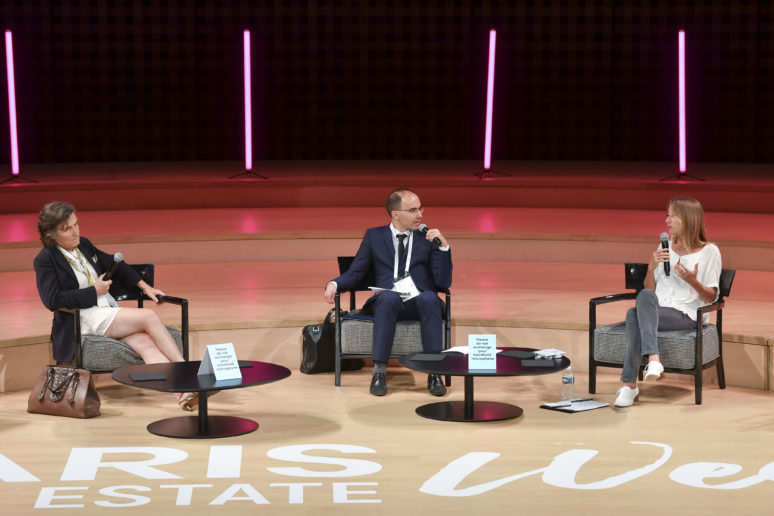 Cécile de Guillebon, VP, RE & Facility Management at Renault said: “Working from home, on the whole, has been a success. That means we need to rethink what workers find when they come to the office. What services can we offer? People still need to get together with their colleagues.”

Added Séverine Chapus, Head of Development, BNP Paribas RE: “We need cities that can answer all our needs. We have been looking at a mixed-use approach in offices, blending meeting places, workplaces, and social areas. It’s all part of the resiliency argument.” 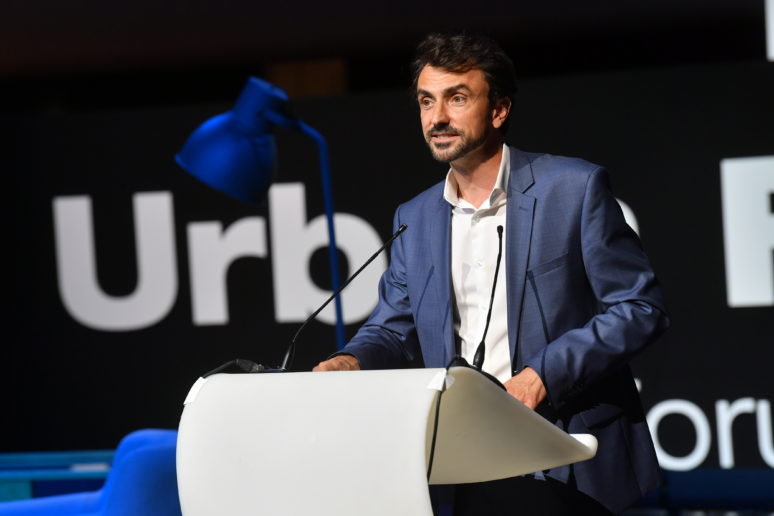 Last but by no means least, Grégory Doucet, the recently-elected green Mayor of Lyon (EELV) – one of France’s biggest cities – addressed the Forum, followed by a panel with Groupe Pichet‘s Julie de Roujoux and Groupama Immobilier‘s Eric Donnet, with whom the city is setting up a car-sharing scheme. “A car-sharing culture is to be developed,” said Doucet; “that’s why we’re setting up a dedicated lane on Lyon’s biggest streets. We need infrastructure, but we’re going in the right direction. Reducing space for cars in cities will also encourage trends like these.”

Green urban issues won’t be resolved overnight, admitted Doucet, closing the day’s proceedings. “Working together for ecological transition is a huge challenge that requires a great deal of collective intelligence,” he said. “My role as Mayor is to give vision and direction. Together, there’s no mountain we can’t climb!”

For more insights from the Paris Real Estate Week, read Day one and Day two highlights from Propel by MIPIM Paris 2020.