What were the key findings of the first ever Young Leaders Summit, which took place at MIPIM last March? Its participants explain all, here.
By Roman Kulik on May 29, 2019 0 Comments

Engaging the future was the theme of the 30th MIPIM that took place in Cannes earlier this year. As part of the conference, MIPIM also introduced the Young Leaders Summit programme, that brought together young ambitious leaders from different fields of real estate.

The Summit kicked off with two-panel discussions: Young Leaders: Convergence Or Divergence, an intergenerational discussion based on the results of a public consultation campaign by Make.org, focusing on future of cities and topics like environment, increasing mobility reinventing city-centre businesses.

A second discussion, Young Leaders: Promoting Talent & Skills was focused development of talents and skills of the next generation for the industry.

Among the audience, there were future young leaders, current Master Students from the Essec Business School, one of the leading universities in Europe. After the Summit, students Samy Tourbah and Laurène Weizman joined Franck Lirzin, Executive Director of Residential at Gecina and the ambassador of the Young Leaders Summit Roman Kulik in an hour-long brainstorming session. The aim of the brainstorm was to create an action plan to address the changing talent outlook as well as address the trends in changing cities.

The action plan derived from the brainstorm was divided in two topics, respective to the panels taking place during the Young Leaders Summit: changing cities & changing talent outlook.

1. Sustainability. Currently, there is a lot of green-washing in the industry, as well as organisations providing with green certifications,  are often commercially benefiting from certifying buildings. The control and certification of green practices should be transferred driven to national or international governmental/non-profit agencies. To assure global standards and fight green-washing, there should be a scientifically developed set of KPIs to assess building performance, ideally providing with a rating to existing structures as well as new builds, similar to the European Union Energy Label. Additionally, governments might consider tax incentives for developers to offset the increased costs due to green solutions for a building.

2. Inter-generational living. With loneliness rising and UK government appointing a Minister for Loneliness, there is a market opportunity for developers to address that issue by creating projects targeting Intergenerational Living – buildings where younger people can mingle with the older residents in common areas provided or share an apartment. Combining the two groups allows to address shortage of affordable youth housing as well as the loneliness of the older generational. Some of those projects already started in the US, France and the Netherlands, but there is still a big market for such developments across big cities.

3. Door to door feedback. In a typical planning process today, developers will often be faced with a significant amount of opposition before breaking ground on a new project. Gecina shared their experience of introducing door to door feedback, where a developer goes around the neighbourhood to discuss the project with people living in neighbouring buildings to tell more about the project and discuss some of the concerns prior to announcing the development. Gecina saw a big improvement when it came to planning applications as many of the concerns were then addressed in the planning application as well as the local community was more supportive of the development based on previously held discussions.

4. Student Housing. As the asset class is gaining momentum, the benefit is seen by more than just developers and investors. Cities that lacked availability of student housing now see big players entering the market, like Student Hotel for instance. Often, those are big-scale projects of 10,000m2+ and are developed away from well-established neighbourhoods. Once opened, the neighbourhoods see rapid growth in a number of retail & food and beverage outlets and increasing quality of life, driven by the demand from the younger generation. This also creates an opportunity for developers to have a long-term vision for a developing a bigger part of the city, where they can kick-start area development with student housing and as the area improves focus more on residential/commercial projects in the area.

5. Urban farming on Roofs. More green spaces should be made accessible to the public inside cities: it appears that many parks are still private while cities are suffering from congestion. This can also be solved by better usage of roofs in today’s life, for example by increasing and generalizing urban farming, as it is already done in some European cities. Not only this would enable people to live in a better and greener environment, but also make them consume the products that they produce themselves. Growing your own fruit/vegetable in a garden shared with your neighbours would also increase the community-feeling in neighbourhoods and contribute to creating social bonds by reducing isolation/loneliness some people are suffering from. 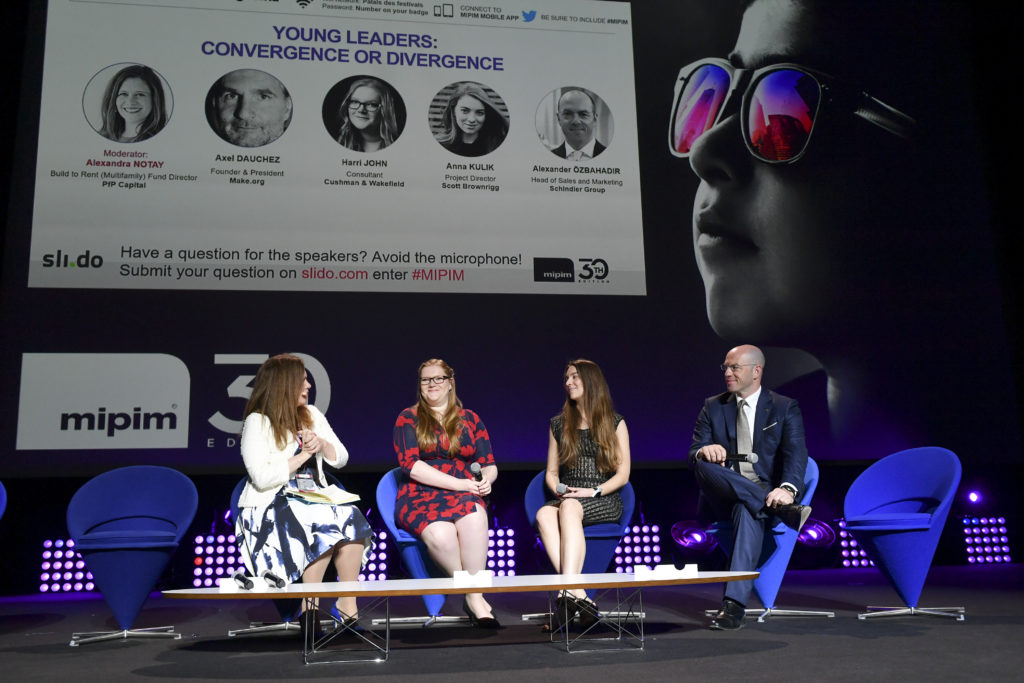 1. Office spaces. Today’s younger generation is driven by experiences, requiring businesses to step-up on their design and hospitality experience. Offices are not an exception with companies like WeWork or Google changing the image of open-offices and providing with a combination of office spaces, playrooms with billiard and tv consoles, pool tables and extended food & beverage facilities. This also creates an expectation for younger employees that just enter the workforce. Even if you are a company is not one of the bigger companies in Silicon Valley, it still needs to be addressed to appeal to the younger workforce. CBRE adopted the practice and introduced Workplace 360 program, transforming its offices into technology-enabled, paperless, flexible work environments. Despite it requiring higher investments in the fit out, the employer will benefit from higher employee satisfaction and likely higher productivity of employees.

2. Diversifying skill set & promoting the industry. Real estate industry is a relatively slow industry, comparing to tech or other sectors. With long periods of a planning application and construction periods, newcomers might not even see the completion of the project they were once working on due to their tendency to switch jobs. As a result, the industry becomes less attractive for the younger generation with a “I want it now” mindset. At the same time, the industry has a unique proposition as the employees have a possibility to see a physical result of their work, often buildings or whole neighbourhoods that have a significant impact on the society. By promoting that and also looking for people with non-conventional real estate backgrounds, the industry might see a fresh flow of labour entering the workforce. By looking at different sectors, providing with an opportunity to learn the required skills, companies will benefit from fresh perspectives and knowledge of other industries.

3. Relationship building. Another way to increase job satisfaction and reduce staff turnover is to promote an inclusive and engaging culture between the employees. Young people need to feel that their coworkers trust them and can give them more responsibilities, also by being enabled to work remotely. Constant communication is also required to maintain a good relationship with their peers so that they don’t feel like a number within the company but rather like an individual with soft skills and personal qualities that they can bring to the corporate culture. Working in a multicultural environment is also valued by young talents because it can help them grow within different cultures and mindsets. Finally, having the opportunity to benefit from a mentorship program within a company is extremely instructive for young people and could really be helpful for them to find their purpose and build their professional life according to the advice of more senior professionals.

4. Promote graduate programmes with empowerment. Graduate programmes make it possible for young professionals to experiment with different functions within one company when they are out of school and start their first job. This is really useful for young graduates who don’t have a defined idea of the position they want to occupy. This also enables them to build a broad network within the company they join and gather experiences from different people evolving within different business units. Moreover, giving responsibilities to these young professionals and empowering them is a way to have them stay in the company when their graduate program finishes because they will feel they are useful to the company and integrated among the employees.

5. Staff turnover. Be open to changing talents as new people bring new ideas. It is known for a fact that millennials have a different point of view from their parents and older generations when it comes to their professional life and the time they will spend within a given company. They no longer aspire to remain for 30 years and build their whole career within one firm, but they rather take for granted the fact that they will stay a couple of years in a company and switch jobs periodically in order to have different experiences, expand their network and move to different locations/countries. Hence, companies should acknowledge this and be open to changing talents. Indeed, this should be seen as an opportunity rather than a threat by companies since this phenomenon makes it possible for them to hire new people who will bring new ideas to the company.

As the newcomers to the industry, we were all attracted by the potential of working on tangible projects and bringing a physical benefit to the society. We believe that the current demand for jobs does not reflect the true potential of the industry. To compete with the emerging tech industries, real estate companies need to find ways to stay relevant. We strongly believe that the presented action plans provide with a few relevant and creative ideas for the industry. We would love to keep the discussion going and learning what works and what does not for your company.

As a Real Estate Developer at Zoku, Kulik is responsible for identifying, progressing and completing transactions that are of interest for Zoku. He is also involved in internal business development of the company, focusing on improving value proposition towards partners.