How Copenhagen leads on sustainability

The Danish capital is hosting the C40 World Mayors Summit this October, and preparing for a population growth of 20% by 2025. Here's how Copenhagen leads on sustainability.
By Georgina Power on September 6, 2019 0 Comments

As well as sharing ideas and best practices, the 100 or so mayors arriving in Copenhagen this October for the World Mayors Summit organised by C40 – a network of green cities – will be looking for inspiration on how Copenhagen leads on sustainability. 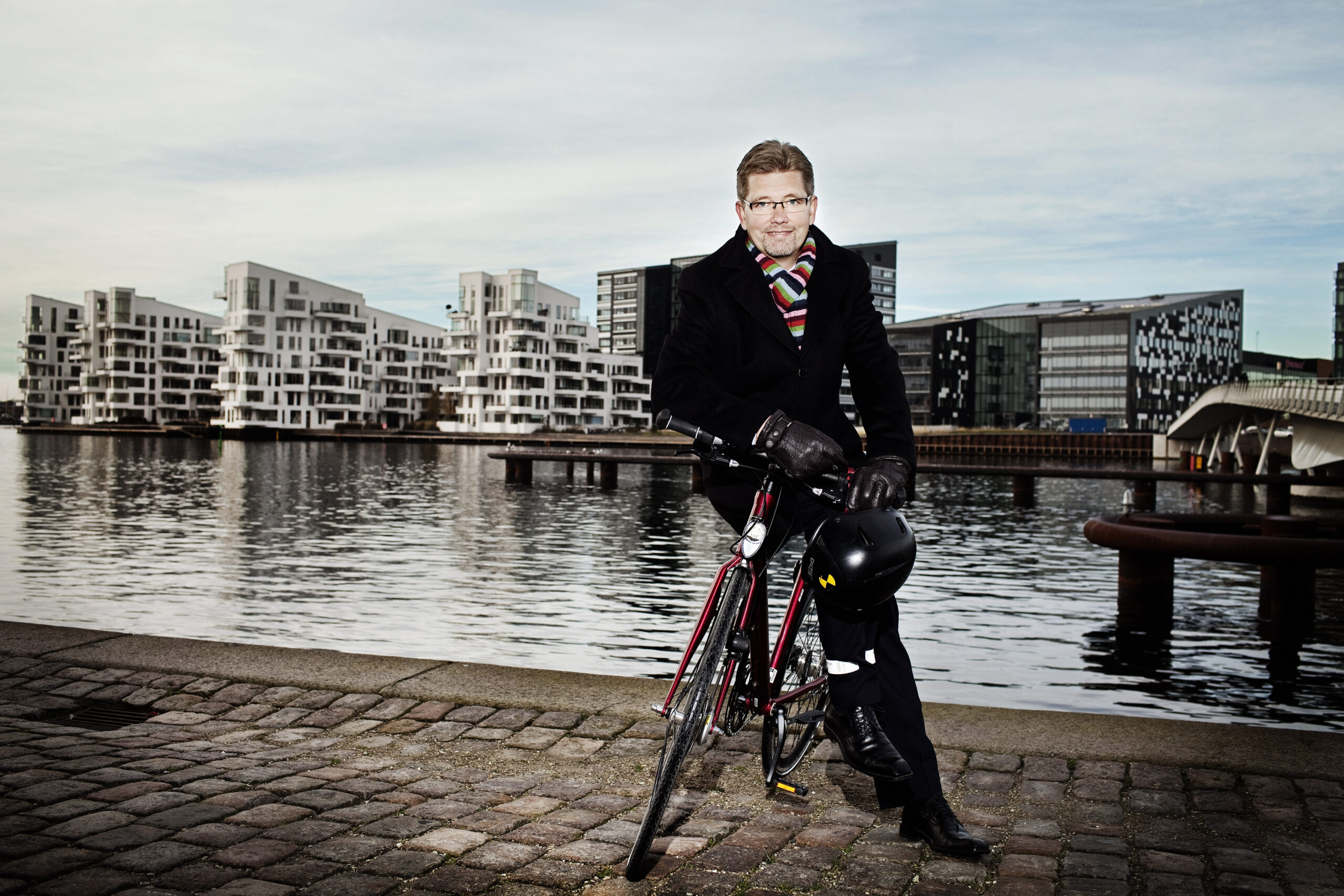 Already, Copenhagen has reduced carbon emissions by 42% since 2005. The focus is on creating energy using biomass, geothermal, waste-to-energy and, especially, wind turbines, given Denmark’s pioneering role in wind energy, helped by 4,600km of coastline.

In 2017, using classic Danish design, for which the country is world famous, the city opened a waste-to-energy plant with a roof that offers residents a year-round ski slope, hiking trail and climbing wall.

Amager Bakker, or Copenhill, is designed by one of the world’s top architectural practices, BIG – Bjarke Ingels Group, whose partner Kai-Uwe Bergmann is a keynote speaker for MIPIM PropTech. 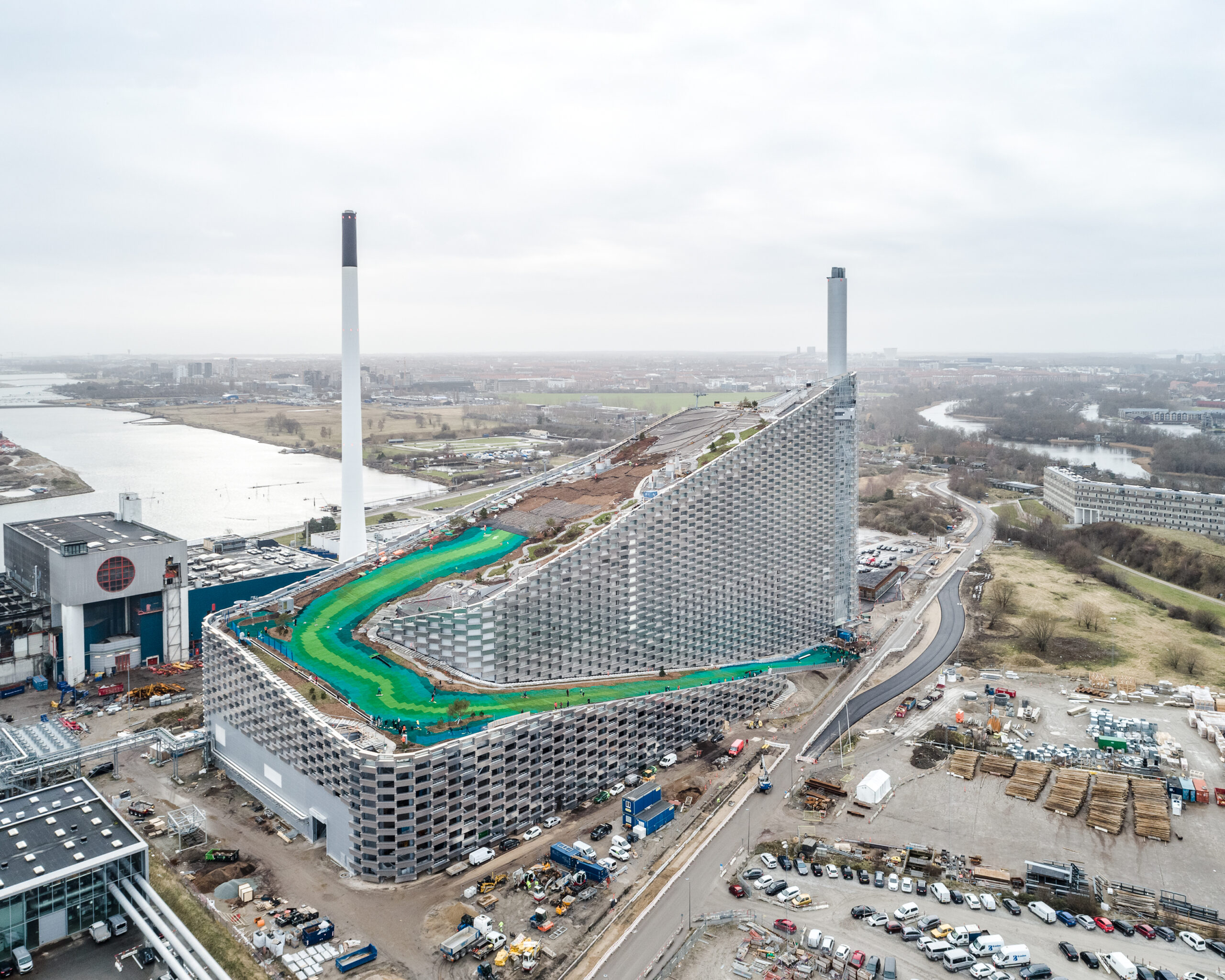 BIG also designed Michelin-starred restaurant Noma, chosen four times as the world’s best restaurant. Other recent completions include: the affordable housing Dortheavej Residence and the Panda House in Copenhagen Zoo; as well as AARhus Residence and Aarhus Harbor Bath on the manmade Ø4 island in the city of Aarhus. 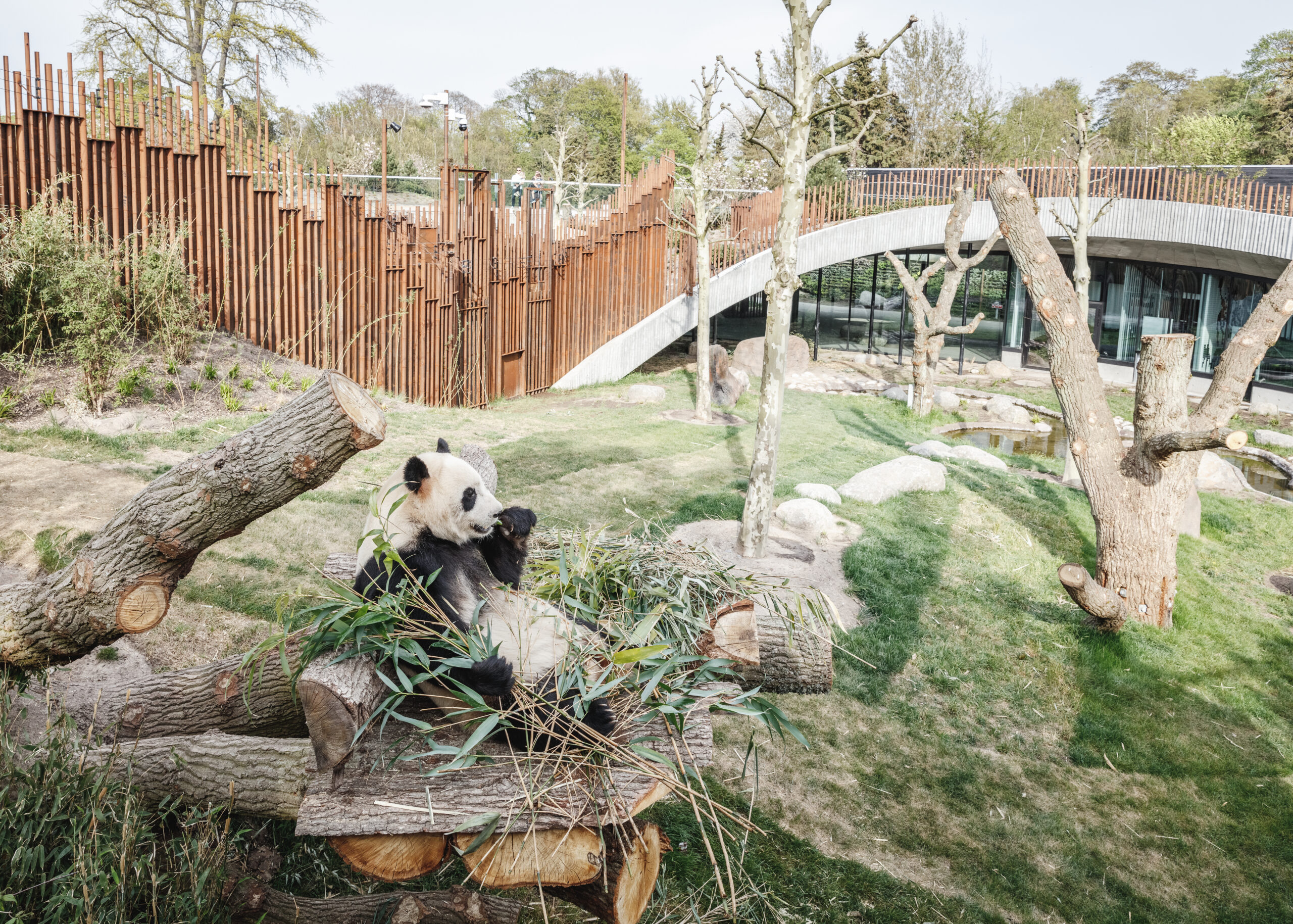 These are all examples of the functionality, playfulness and elegance that characterise so much of Danish design and which, many believe, help Denmark achieve its title as one of the happiest countries in the world (World Happiness Report 2019).

Why is sustainability top of the agenda in Copenhagen?

The reasons given as to why sustainability is top of the agenda in Copenhagen is that the city, with 624,000 people, is relatively small, the GDP is relatively high and a high proportion of people care about the environment, explained by Denmark’s strong historical links with the land and the sea. 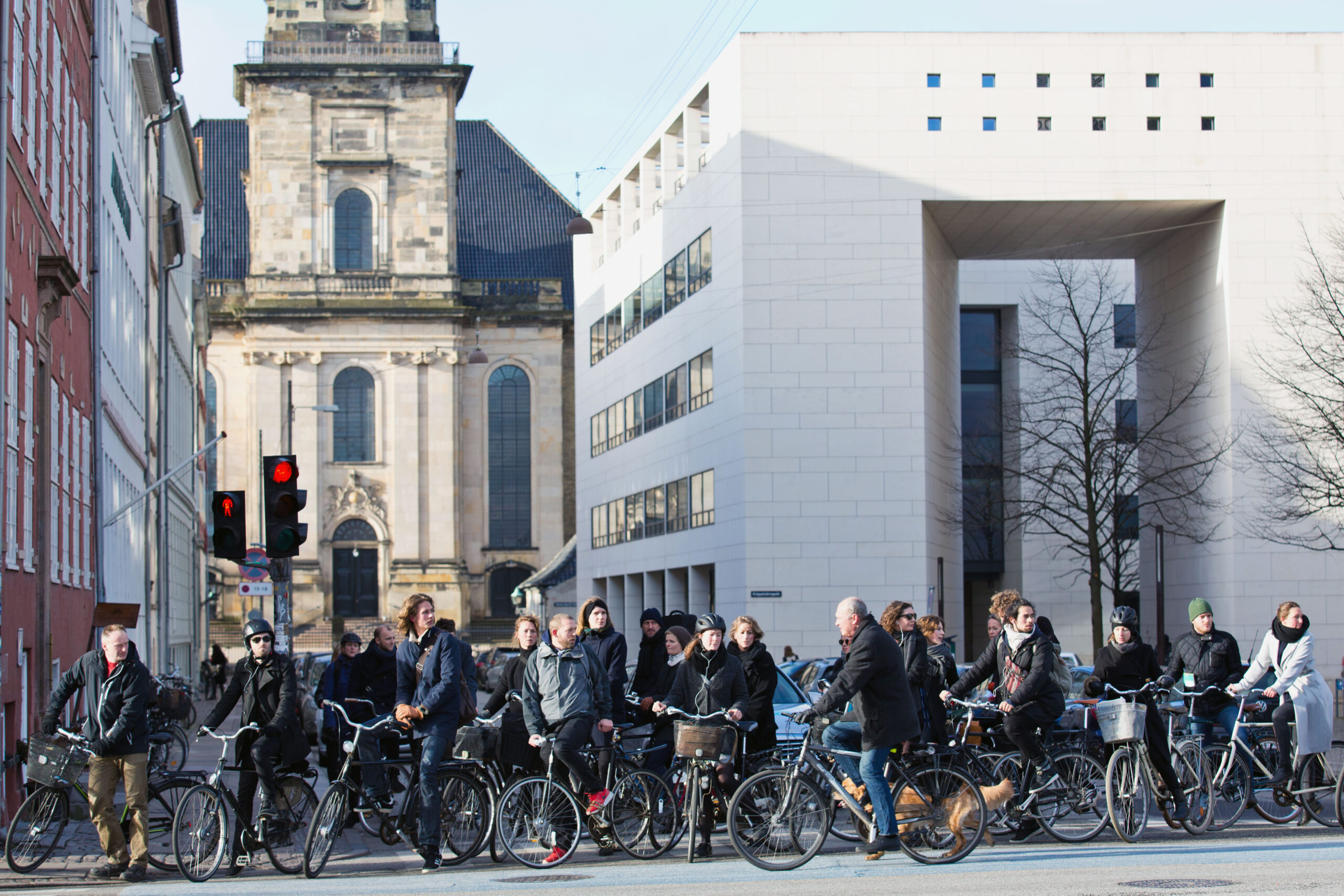 As a result, for example:

Another factor is the city’s people-centric approach to urban planning and design. The story behind this lies with one of the city’s most famous architects, Jans Gehl.

While Gehl was studying at the University of Copenhagen’s School of Architecture he met his future wife, a psychology student. She could never understand why his design drawings were empty of people. “Where are the people?” she would ask him.

In 1968, for a whole year, Gehl then went out every day to watch how people used the city space. He found that city users had a very “precise pattern of behaviour” which was very predictable. With the rise of modern planning, buildings became “too close, too cold, too big”, with a lost sense of human scale, he told Monocle, the London-based magazine.

That human scale is being used in today’s Copenhagen, which is busy reshaping streets, squares and parks to receive a maximum amount of flood water, given rising sea levels caused by climate change.

Gehl, whose practice has advised around 250 cities around the world, told Monocle: “They make the districts like sponges, with a lot of vegetation, swamp, and lakes. It’s good for the climate and it’s good for everyday life, because the air becomes fresher and these places are wonderful for recreation and for children to play.”

The city is predicting population growth of 20% by 2025, with the requirement of 45,000 new housing units and 2.8 million m2 of retail, offices, cultural and educational space. 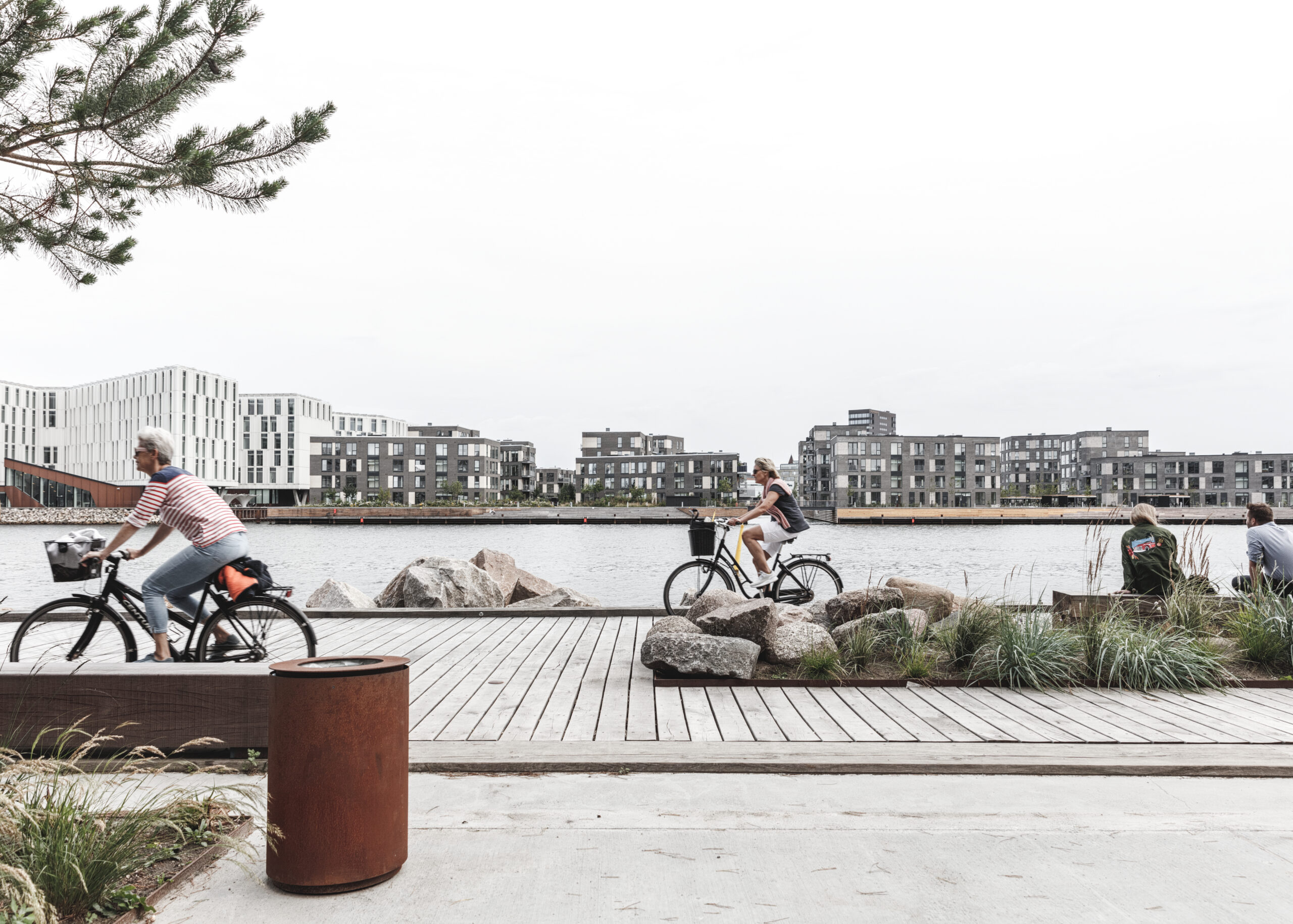 Nordhavn wants to become the five-minute city – whether to one of the new metro stations, to a green space or a bicycle lane

In preparation, CPH City and Port Development is developing a new district, Nordhavn, the largest metropolitan development project in Scandinavia.

Works on the first phase have already begun, with architectural practice COBE leading on the strategy and development plan, in collaboration with Sleth, Polyfom and Rambøll.

Located on the Øresund coast, Nordhavn will offer an additional 4 million m2 of floor area, provide living space for 40,000 inhabitants and workspace for another 4,000.

This new district of islets and canals, with direct access to the sea on three sides, will provide a network of green spaces, promenades and public spaces.

The master plan sets out an ambition for Nordhavn to become a five-minute city, whether to one of the new metro stations, to a green space or a bicycle lane.

Meanwhile, Nordhavn Energy Lab – a project of the City of Copenhagen in cooperation with DTU and HOFOR (the utility company for Greater Copenhagen) – is using the new district as a living lab to demonstrate “how you can combine power, heating, energy-efficient buildings and electric transport into an intelligent, flexible and optimised energy system”.

Residential in the investor spotlight

Tom Rasmussen, Head of Asset Management of Heimstaden AB, crossed the bridge from Sweden into the Danish residential market four years ago, with an initial focus on Copenhagen.

Heimstaden AB went into the Danish market as it offered investment possibilities in line with the rest of the residential portfolio located in Sweden and in Norway, said Rasmussen. The housing company is now the largest private residential owner in Denmark, with a €2.5bn residential portfolio, and are currently building 1,500 apartments in Copenhagen. 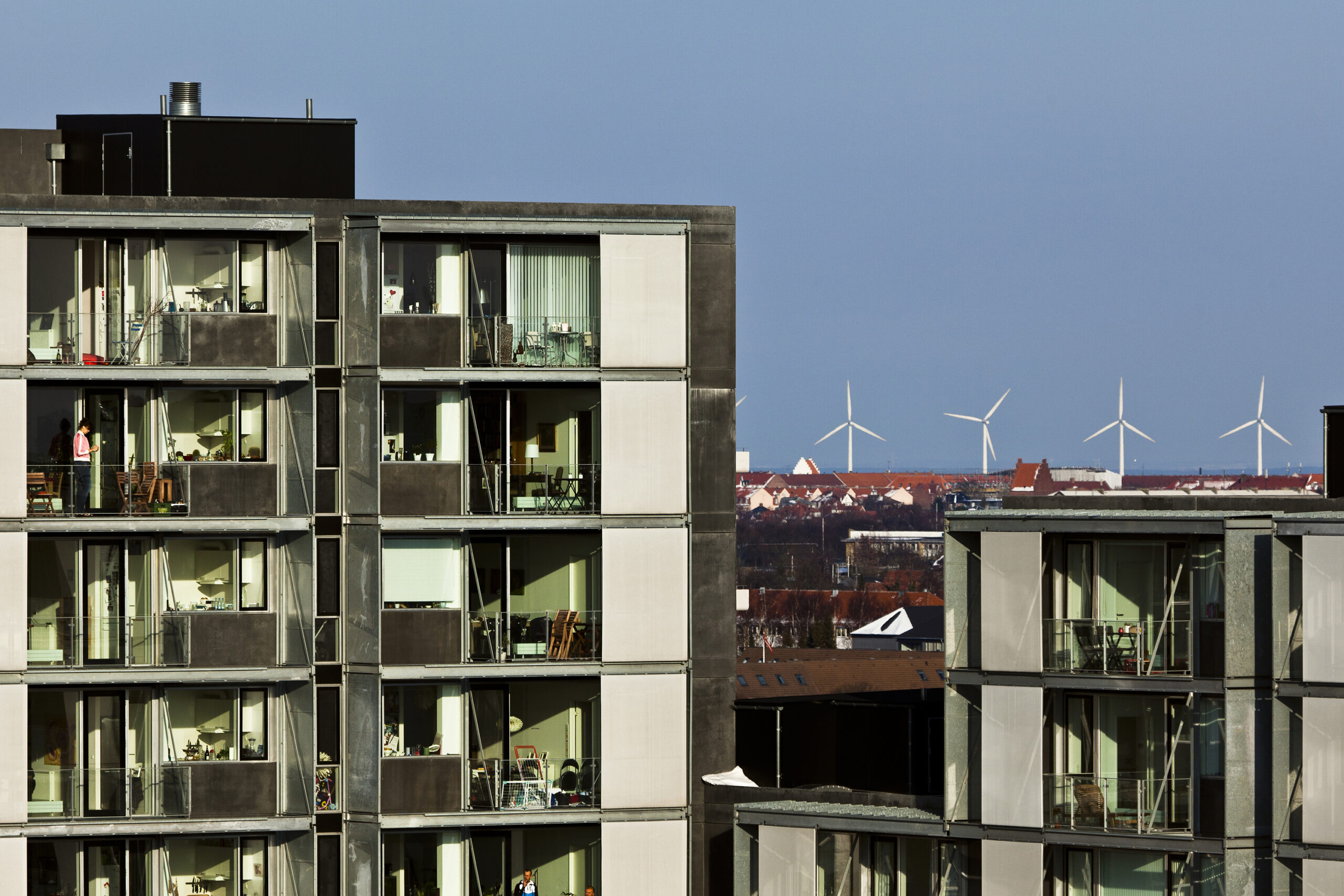 The Danish residential market is a “safe haven and safe product for foreign investors”, given the stabile political system, good GDP, and strong demographics, Rasmussen told the audience at the MIPIM 2019 session, the Nordics: the perfect ingredients in a diversified portfolio.

The secret, he continued, is to follow the demographic data and to analyse it. This combined with a “forever ownership” view, and active property and customer management gives the recipe for success.

With the city set to grow by 20% in terms of population, that is giving Rasmussen that hygge feeling – that cosy, comfortable, convivial feeling for which the Danes are so famous … the kind of feeling you get after a bike ride by the sea on a blustery autumn day.