Co-living, Co-housing, intentional community, intentional living or a dorm – a short term business opportunity or a trend shaping the future of the urban landscape?

Constant upward pressure on rents and housing prices & lack of space in city centres all scream for the alternatives that co-housing and co-living provide.
By Mareike Grebener on February 4, 2019 0 Comments

Communal living seems like a natural response to the current market and affordability concerns. Constant upward pressure on rents and housing prices and lack of space in city centres all scream for the alternatives that Co-housing and Co-living provide.[1]

In a room with a thousand familiar people, we can still feel quite lonely. Living in a beautiful area in a home we own, but with no social connection to our neighbors can make us feel even more lonesome. Co-housing might not be an option for everyone, but it is a chance for some to live a happier life. Although conflicts can never be avoided altogether, every community member is more willing to work them out when compared to the isolated nature of a more traditional neighborhood.

Architect Grace Kim lives in a Co-housing place, she designed and developed. Grace explains that Co-living is not only for millennials and entrepreneurs, it is also for people of different generations, living status, and backgrounds. Co-living creates a community through shared kitchens, living spaces, backyards while at the same time every individual lives in a fully furnished apartment. This is just one out of many variations of communal housing.[2]

People living together isn’t anything new. However, Millennials are taking the Co-living style to new heights. While some Co-living providers rent buildings on a long-term basis such as Ollie or WeLive, others own and run the properties, like Property Market Group (PMG). Whereas certain amenities are different all of the providers seem to have a few things in common; the spaces are urban and within high-demand areas such as New York, Chicago, San Francisco or Berlin.

One point is rather simple, Co-living rooms are less expensive than traditional apartments located in the same area with similar features.  Also, this living style helps to keep people socially connected outside their jobs; this is especially valuable when moving to a new city. On top of that, for many renters, having the workplace within walking or biking distance is more important than owning a luxurious apartment.

In most communal spaces, the servicer provides a manager who runs the property. That means they take care of the building, organize frequent social events, and even resolve conflicts, which leaves very little responsibility for the tenants. 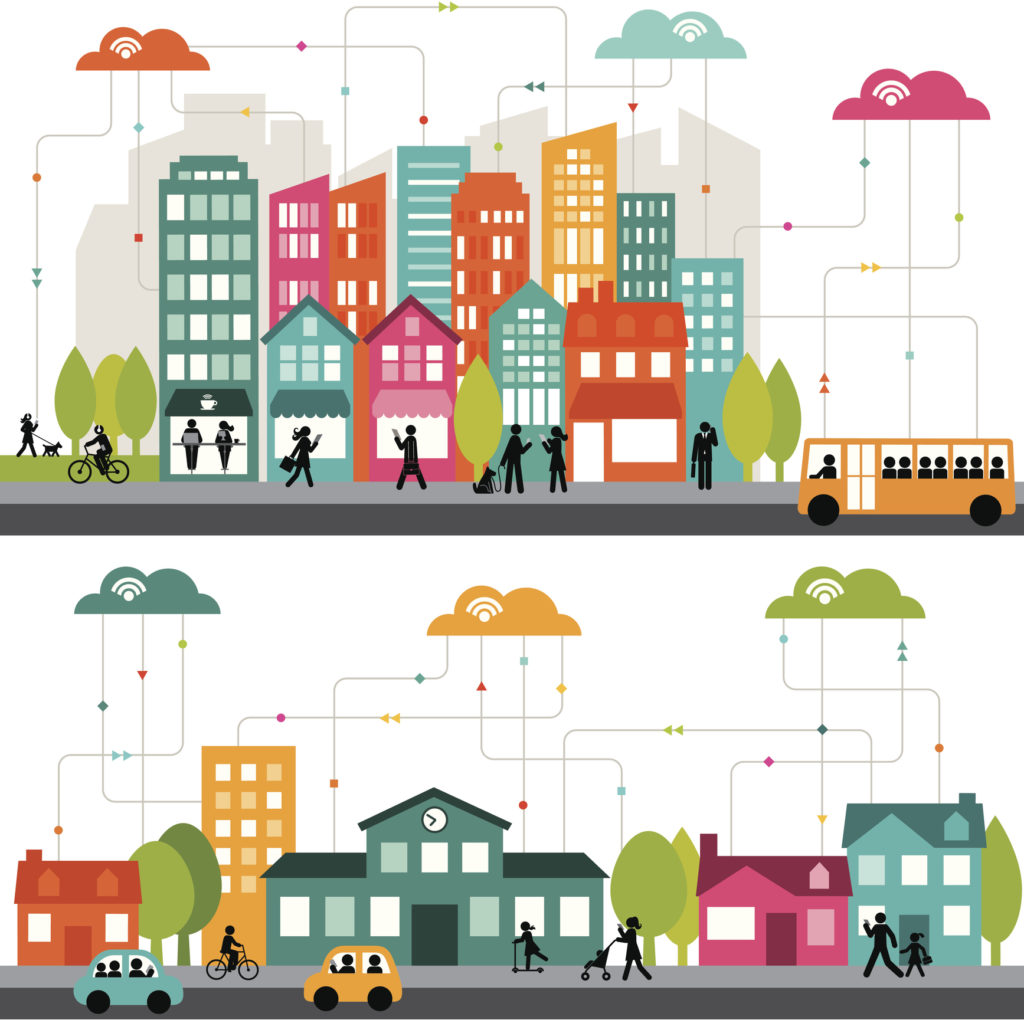 Millennials have redefined adulthood. The success of Uber and Airbnb proves that Millennials are not attached to properties or cars or even ownership in general. For many, it is simply no longer desirable to live in a large house or to own many cars. On the other hand, flexibility, like month-to-month leases and having someone to take care of the apartment while gone is very important.

While the mindset of this generation might be different, the fact is landlords, as well as local governments, are both winning parties when it comes to the Co-living business. Higher housing density, fewer commuters, more salary earners and more rental income per square meter are some of the benefits.[1]

Companies like the Medici Living Group focus on large projects in the most attractive areas of the United States and Europe. The concept of Medici’s Co-living type lays in shared kitchens, bathrooms, inside and outside lounges, fireplaces and living rooms. They provide anyplace from a modern furnished small studio apartment, up to large five bedrooms spaces as well as small private bedrooms. This helps to attract a broad range of tenants. Less expensive leases and flexible short-term contracts are other pluses of Medici’s concept.

Medici raised over $1.1 billion of capital to develop 35 Co-living properties across Europe. They already hold properties in three locations in the United States, which are more than 96 percent occupied. Their secret to expanding faster than their competitors is their ability to attract capital in a short amount of time. WeLive, Common, Ollie, and Starcity will have a hard time competing with such a driving force.[1]

Even if Millennials do move into larger apartments while climbing up the employment ladder, this less pricey living concept also attracts another market. People between 30 and 50, sometimes divorced, who like to be taken care of rather than dealing with the hassle of a large house with kids and pets.[2]

In the European market and US market, it’s now common to see Co-living spaces. The significant investment capital raised by successful start-ups and almost fully occupied properties is proof of concept for Co-living. From the many variations in design to shaping the way, tenants interact together, to connecting tenants from different generations and professions are all promising factors that Co-living is a long-lasting idea rather than a short-lived trend.

Mareike Grebener is currently enrolled in the Master of Science in Real Estate Program at the University of San Diego as well as the University of Regensburg. Born and raised in Germany, she received her Bachelor of Arts in Banking and Finance in Frankfurt, Germany while working as a Trainee for the former Hypothekenbank Frankfurt AG. Her professional background is in commercial real estate, her latest position was in transaction management at Commerzbank AG. Contact at mgrebener@sandiego.edu