The much talked-about Airbnb effect has undoubtedly disrupted the lodging industry. But it’s not all bad news, writes Chris Bown — hotel operators are finding new ways to offer cost and convenience to consumers, and investors are continuing to show confidence in the sector.
By Graham Parker on March 7, 2018 0 Comments

Having emerged on the scene as a potentially major disruptive force, Airbnb has now settled into its place in the accommodation hierarchy. What started out as a peer-to-peer website for sharing spare rooms has nevertheless become a significant player, with its impact continuing to grow globally.

So what impact has its arrival had on the travel landscape in general and the hotel sector in particular? While there have been significant changes, it is fair to say that many hotel groups have reacted innovatively to Airbnb, and most continue to thrive. And investors continue to show confidence in hotel property, seeing no major change in their expectations of a good return from buildings with beds in. Agent CBRE noted a 33% increase year-on-year in European hotel investment volumes in the third quarter of 2017, with the year-to-date volume standing at more than €14bn. While interest in UK hotels was boosted by a weaker currency, yields continue to decrease in Germany, where institutional investors are keenly buying hotel developments off plan. Spain, too, was the focus of much investor action through 2017. 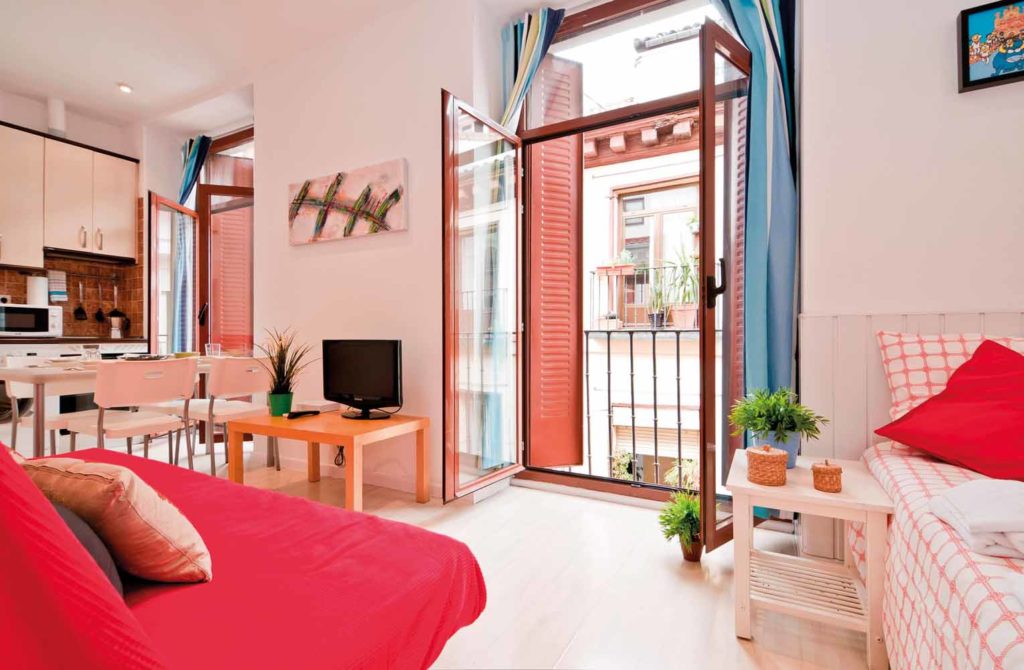 Many investors like hotels, because they are buying into a growth market. International outbound tourist arrivals were up 7% in the first 10 months of 2017, according to the United Nations World Tourism Organization, and continue to grow year on year. In Europe, French hotels recently enjoyed their strongest month for occupancy since 2008, according to consultants MKG Consulting, with the country expecting visitor numbers to grow to 89 million in 2017. Against this, the loss of some market share to disruptors such as Airbnb is having a less noticeable impact on the hotel sector.

Airbnb’s influence has been felt in a variety of ways. Unbranded hotels in major cities have seen demand fall, as local apartments are rented via Airbnb as rival accommodation. City authorities have taken steps to control the short-term rental of apartments, concerned planning rules are being ignored. Moreover, some local communities are being troubled by the influx of visitors. The effect has been significant in several European cities, notably Paris, Barcelona and London.

At the same time, hotel companies have reacted, after realising their initial dismissal of Airbnb as an interesting aside was incorrect. Some have bought into the sharing economy, keen to position their brands as offering a wider range of places in which to stay.

French group AccorHotels, for example, has decided it needs to be active in the sharing space, buying home-sharing groups Onefinestay, Squarebreak and Travel Keys. AccorHotels CEO Sebastien Bazin said of the acquisitions: “AccorHotels is developing as the worldwide leader of the serviced-homes market. We are accelerating the transformation of our business model to capture the value creation linked to the rise of private rentals.” 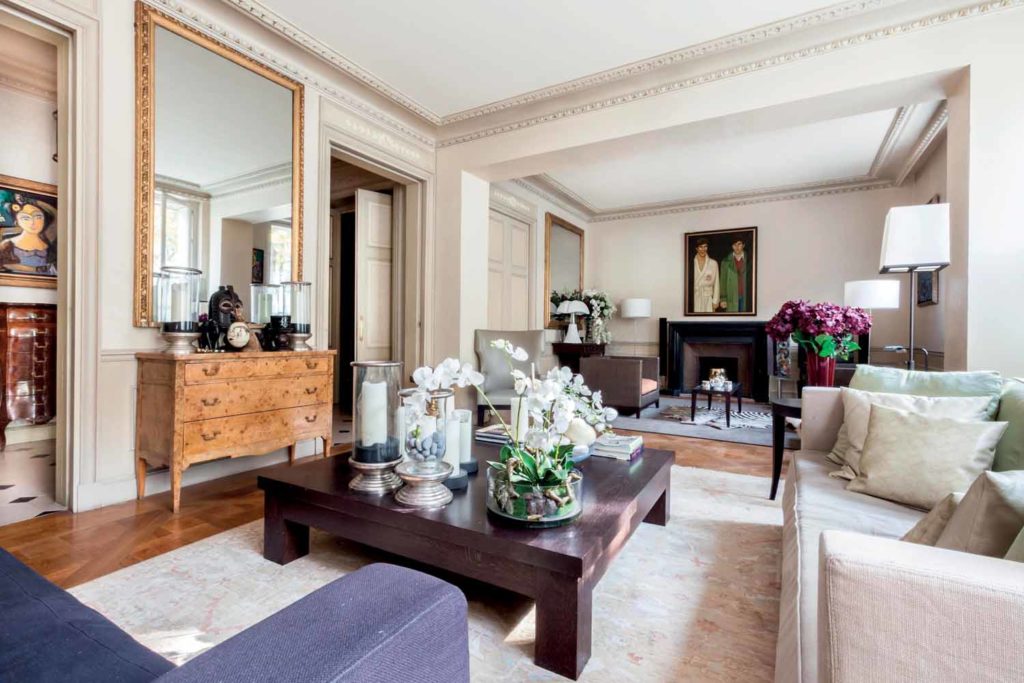 AccorHotels has invested in the Onefinestay home-sharing group

Other major hotel groups have also examined their offering, accelerating brand updates and giving new hotels a greater connection with their locations. And serviced-apartment specialist BridgeStreet is now listing Airbnb properties, using Airbnb inventory to fill in the gaps in its own portfolio. BridgeStreet’s view is that it must keep its customers and serve them, even if that means using a third-party product to fulfil demand.

One group keeping a close eye on the impact of the sharing economy is broker Colliers which, with Hotelschool The Hague, monitors the impact of Airbnb in key city markets. The pair reckon Airbnb grew to take almost 11% of the accommodation market share in Amsterdam in 2016, with 1.66 million overnight stays sold. In London, the 2016 figures were 9% of the market share at 4.62 million nights — an increase of 130% over 2015. And in Berlin, where the authorities have restricted Airbnb’s expansion, the platform still grew its business 68% from 2015-2016, taking an 8.5% market share. The consultants expect further significant market growth.

Also sounding concern is Michael Widmann, managing partner of consultants PKF Hotelexperts. “Many people claim Airbnb is plateauing, but we are not sure yet,” he says. While originally the platform made inroads into city hotels and leisure bookings, “it is becoming more of an issue for business travellers”. “We will see a professionalisation of Airbnb,” Widmann adds, citing areas including transparent tax invoicing, and the wider enforcement of zoning, and health and safety legislation.

The serviced-apartment sector has — in private if not in public — thanked Airbnb for its intervention. By opening up the minds of consumers to their accommodation options, the platform has allowed aparthotels and hostels to be seen as valid alternatives to hotels, for consideration alongside Airbnb listings.

Landlord RDI REIT, formerly Redefine International, has 18 hotels in its UK portfolio, all with brands such as Holiday Inn, Travelodge and Hampton by Hilton over the door. “There’s a strong demand for brand and those brands drive occupancy,” says the company’s CEO, Mike Watters. “Our hotels are limited service but, to date, we’ve seen no impact from Airbnb.” 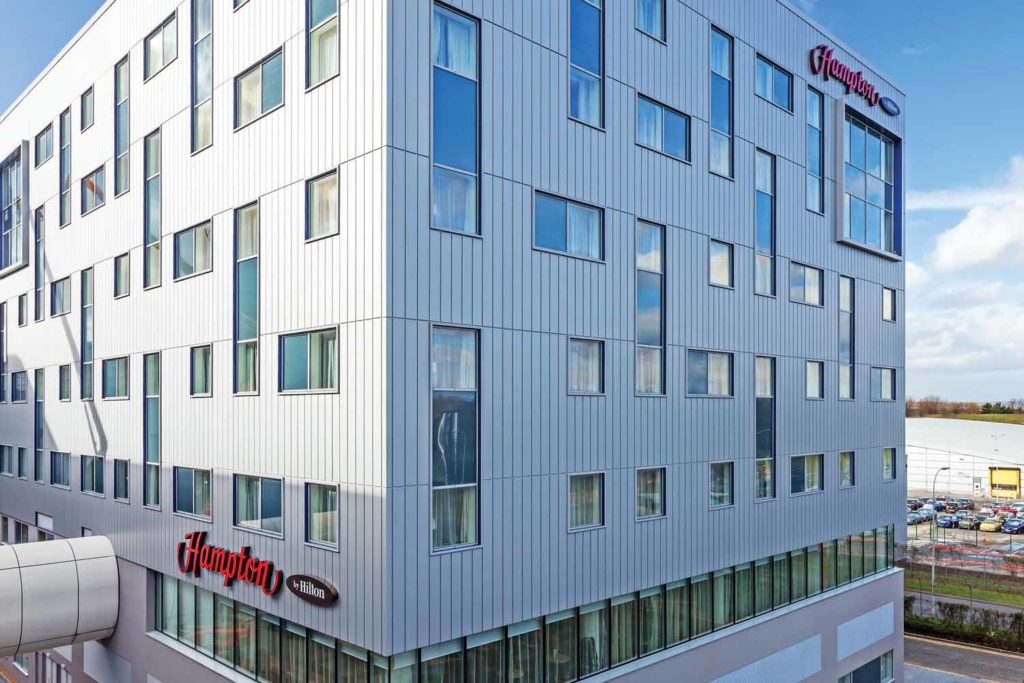 RDI REIT’s associated hotel management company, Redefine BDL, gives the group a close insight into changes in the market. CEO Helder Pereira relishes the challenge presented by disruptors, but says Airbnb is just one of several issues currently being faced by the hotel sector, alongside the cost of online travel-agent commissions. “The industry is not known for its innovation,” he adds. “But brands are realising they have to become more relevant.” Pereira has been supportive of updates, such as the open-lobby concept in IHG’s Holiday Inn family, which Redefine BDL and RDI helped launch in the UK.

Helder Pereira:
“The industry is not known for its innovation, but brands are realising they have to become more relevant”

Hoteliers face other pressures, too. Jonathan Langston, co-founder of HotStats, recently noted in a presentation that European hotels may be riding high in terms of revenues, but they are actually not as profitable as they were a decade ago.

That is, in large part, down to the cost of winning customers. While more and more consumers go online to find hotel accommodation, many end up booking via online travel agents such as Booking.com and Expedia, which charge significant commissions. While hotel brands have fought back with advertising campaigns encouraging customers to book direct for the best deals, the battle against the innovators is by no means over.