Repurposing a building to create ‘Roots in the Sky’

What are the advantages of repurposing a building? How can you still get high returns? We talk with Clive Nichol, CEO of Fabrix.
By Georgina Power on October 26, 2021 0 Comments

Clive Nichol and his founding team set up Fabrix, a London-based fund manager, investor and developer, five years ago with a focus on creating a more sustainable world.

A key way they achieve this is through repurposing old, historic, often abandoned buildings – from former crown courts, to bottling factories and film studios – and turning them into commercial and work spaces.

Fabrix has a current development portfolio of two million square feet, mainly in London, but also in Berlin, Manchester and Liverpool. The company is now looking – “in the near future”, Nichol told MIPIM World ­– to launch a new fund vehicle centred on their core skill of repurposing buildings. 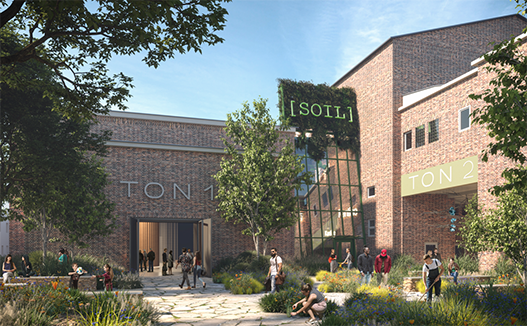 Atelier Gardens in Berlin, where Fabrix is bringing in a wider group of tenants to the city’s film studio campus, Berliner Union Film Ateliers ©MVRDV

Doing it the ‘Fabrix way’

At the heart of their business is the ‘Fabrix way’, which focuses on the “intelligent application” of finance, technology and architecture to create a more sustainable world.

In a post-Covid era, where both environmental and societal issues are in the spotlight, such an approach is garnering attention from both inside and outside the industry, and for the first time is being seen as more than just a ‘nice to do’.

It’s about understanding that there is a benefit from the ‘humanity’ of the things that we do, and trusting in this – Clive Nichol, Fabrix

“The broadness and depth of the topics we cover can often overwhelm people when we try to explain them,” says Nichol. “This is difficult in an industry where we’re all told to be very narrow in our messaging in order to fundraise … It’s about understanding that there’s a benefit from the ‘humanity’ of the things that we do and trusting in this.” 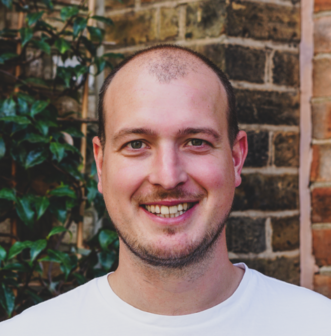 “Our target is to show that we can make strong returns at the same time as incorporating a positive impact on nature and on people, and creating amazing architectural projects that enrich our cities,” says Nichol.

Making strong returns is about “optimising how you use your money”, he explains. All while accepting that part of the profit is used to “enrich” the project, such as the design of low-maintenance buildings that require less water usage and energy, and which will, in the longer term, also save money.

That optimisation of money is achieved through “intelligent thinking”.  Nichol explains: “If you look at the way that some people deal with money in their personal lives, it’s very different to when they go to their job at a corporate.  When people go on holiday, for example, they spend time and energy searching for the best rates, digging out those little secret places, while in their corporate job that allocation of thought around value is not always there.”

You may pay a 4% yield if you were to buy our buildings, but because we are taking the value chain all the way throught… we are able to create three times that level as an annual running yield – Clive Nichol, Fabrix

Much of the decision as to whether it is best to repurpose or demolish a building depends on how similar the floor plates are in the new plan. Nichol measures this in terms of carbon emissions rather than financial cost.

In general, repurposing also cuts the time spent – and hence money – in both the planning and development phases, and finance is often cheaper, as development risks are usually lower.

“In effect, we’re manufacturing high income returns. You may pay a 4% yield if you were to buy one of our buildings, but because we are taking the value chain all the way through, right from the risk of planning to holding [the investment], we are able to create three times that level as an annual running yield.” 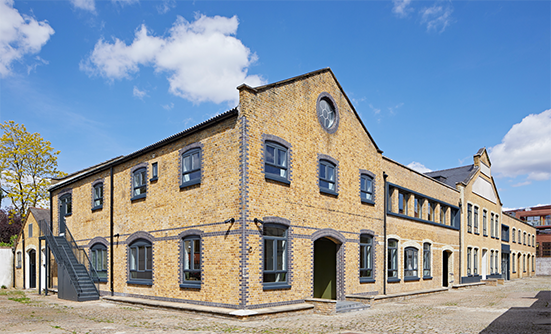 Before being repurposed by Fabrix, the Bottle Factory off London’s Old Kent Road served as a lemonade and ginger beer bottling warehouse for nearly 150 years ©Andy Stagg

Not all the benefits of repurposing can be measured, says Nichol. He quotes the example of Roots in the Sky, the 385,000 sq ft (35,800 sq m) project where Fabrix is repurposing Blackfriars Crown Court in London to create office, commercial and community space, and where works are due to start early next year.

The 1960s brick building is “dated” and “closed off”, yet its place in local history and the local community elicits a sense of nostalgia. As one local said when asked about the future of the building: “It’s just always been there. I’d be sorry to see it go.”

For many people, the physical provides a sense of framework and security in a world that is completely changing – Clive Nichol, Fabrix

“A lot of our lives are spent online, so our connection with the physical is becoming more and more important,” explains Nichol. “For many people, the physical provides a sense of framework and security in a world that is completely changing.”

Often the people who need the most inspiration in life are put in the most uninspiring spaces in our cities – Clive Nichol, Fabrix

That’s why, for Roots in the Sky, Fabrix is keeping all the ground floor walls, and putting in windows from the 1960s. The “most valuable space” in the building – including a view of the Shard – will be for community use.  It’s about creating a “signal of the future”, and a building that adds value for the community, says Nichol.

“The people who need the most inspiration in life are often put in the most uninspiring spaces in our cities – in basements, in rundown community huts, in very clinical places. How do you expect them to get excited, inspired or connected to what is going on when they’re put in those spaces?” 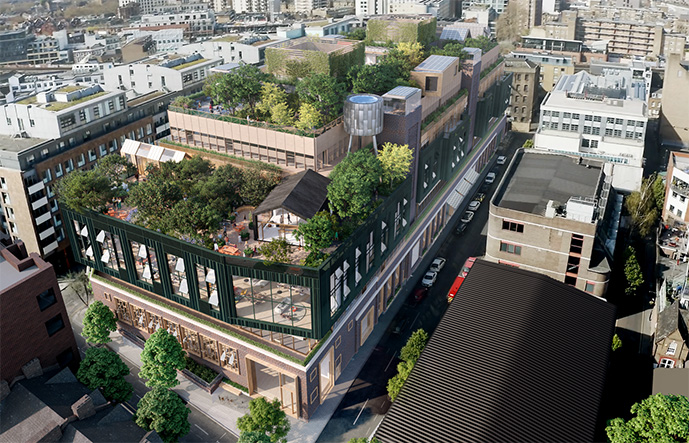 Roots in the Sky: a 385,000 sq ft repurposing of a crown court building, complete with rooftop forest ©Fabrix

Nature as a key component of architecture

Roots in the Sky is designed to be BREEAM Outstanding and WELL Platinum. The focus of construction materials is cross-laminated timber and low carbon steel, while much of the mechanical engineering has been put in the basement in order to “liberate” the roof for the creation of a 1.4-acre urban rooftop forest.

“Nature is the most exciting element you can add to a building, especially as it changes seasonally every three months as well as over its lifetime,” says Nichol, who dislikes the word biophilia. “Why do we need to sanitise the reference to something that is a natural, and that we enjoy?” he asks.

We want people, in 20 to 30 years’ time to pick up what we’ve done and to go ‘wow, they’ve really thought about that! ­– Clive Nichol, Fabrix

Over 100 established trees and 10,000 plants will be planted in a soil depth of 1.5-metre. “We design spaces for nature to thrive, down to the resilience of the plant selection and how the plants will be affected by climate change over the next 20 years,” explains Nichol.

It’s about designing for the long term. “We want people in 20 to 30 years’ time to pick up on what we’ve done and go, ‘wow, they’ve really thought about that!’ adds Nichol.

The rooftop view towards the City of London ©Fabrix

A new type of ‘luxury’ in swimming pools

The concept of ‘luxury’ is often linked to excess consumption, which has traditionally made luxury one of the world’s biggest polluters. At Roots in the Sky, Fabrix has looked for a new way to deliver luxury, with its open-air, rooftop swimming pool (see main image ©Fabrix).

The pool is an opportunity to say to people that “our current approach to luxury in society comes with a very high environmental cost, but that we have a way of delivering this luxury pool with very little environmental impact”, says Nichol.

Nichol challenged the project team: “There will be a pool there. People will want to swim in it. How warm can we get the pool by using waste from the building?” One of the suggestions was to use solar power. “My response to that was ‘no’, as the solar power will be there anyway.”

The swimming pool may be a few degrees colder than a standard pool, but this is the compromise when sustainability sits side by side with luxury – Clive Nichol, Fabrix

The answer came in the form of a heat exchange connected to the tenants’ IT rooms. “The pool will be heated by waste energy from the tenants’ IT rooms, and may be a few degrees colder than a standard pool, and in winter it may be very cold, but this is the compromise when sustainability sits side by side with luxury.”

The architectural advantage of repurposing

“Demolishing a building may get you a better, more efficient floor plate but the architectural opportunities from repurposing the building are missed,” says Nichol, who gives the example of The Binary, a repurposed police station on London’s Southbank.

At The Binary, Fabrix has replaced the exterior-wall grill venting with windows. “You now have these amazing windows framing the view of the Shard,” says Nichols “If it had been a new building, no architect would ever have designed these windows, which are also a beautiful legacy of the building’s previous function that we were able to embrace.” 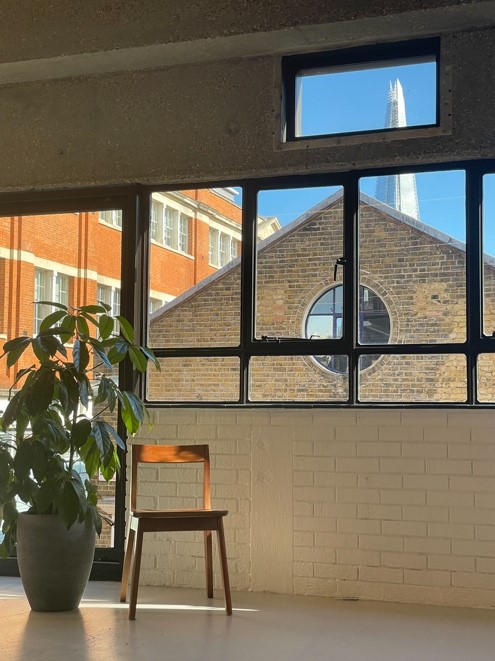 Architectural legacy: the grill vents at the top were replaced by windows at The Binary.

Working with the original architecture and design details “enriches the end quirkiness”, he explains. “As humans, as consumers, we like quirkiness. Sustainability can be very clinical and sanitised. The easiest way to build sustainable buildings is to build boxes with regular windows.  That becomes quite boring.” 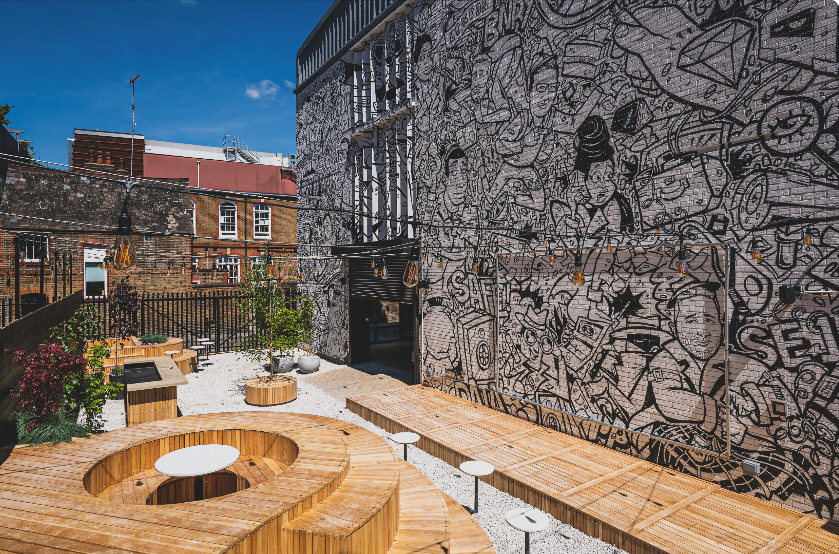 The Binary: the repurposing of a 16,000 sq ft former police station. The outside space is used for local community and charitable events ©Tim Bird

The challenges of repurposing a building

The hardest thing about repurposing a building is the “quantum of individual choices” that you need to make and that “you may not necessarily want to hand over to someone who is not holding your vision”, says Nichol.

Essential to making these individual choices, and to achieving the project vision, is an aligned team, says Nichol – both among the 24-strong in-house team, and the project teams.  Some of the ways that Fabrix achieves this include:

A further challenge to repurposing a building – beyond the “quantum of individual choices” – is the required change in energy targets with the change in planning use, says Nichol. 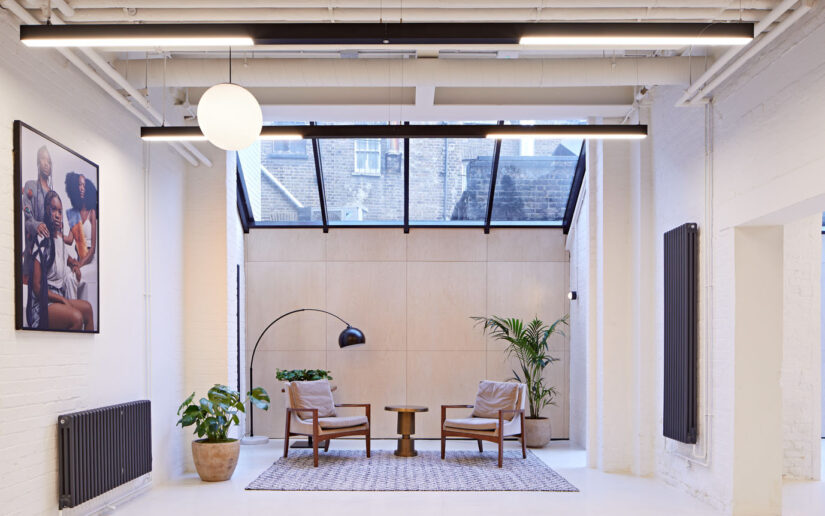 “That’s not a bad thing,” says Nichol, but, for example, “Symes Mews [a project in the London district of Camden where Fabrix has repurposed a former furniture warehouse] is over 100 years old, with a series of ten different rooms, each with different volumes. This makes it a challenge to achieve a BREEAM Very Good rating, which we did. Whereas on a new building this would have been easy.”

On the level of individual projects, the only question is: how low can our carbon impact be? – Clive Nichol, Fabrix

MIPIM World asked Nichol about the importance of being carbon zero on a project level. “Net zero is best suited as a top-down approach for an economy or a country to set goals. On the level of individual projects, you have to think differently. The real question is: how low can our carbon impact be? You can measure this, and then show people what your carbon imprint is. That’s important.”