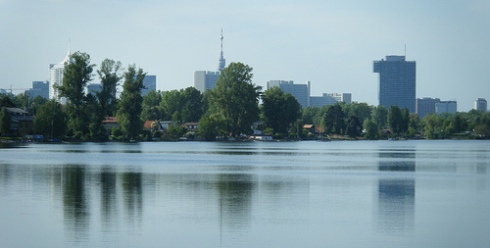 Major cities go head to head: who will come out shining?
By Greg Clark on January 25, 2012 0 Comments

The financial crisis has shone the spotlight on the different strengths and weaknesses exhibited by a group of cities around the world. What is clear is that the histories and trajectories of urban development in Europe, North America, the Middle East and Asia have produced a wide range of urban platforms. Each has its own distinctive assets and limitations.

Educational and scientific investment, combined with openness to immigration and diversity in North American cities has resulted in very high concentrations of human capital and entrepreneurialism. The continent hosts 10 of the top 40 most innovative cities and thirteen of the top 20 most competitive knowledge regions. Large cities such as Toronto and Chicago compete with Hong Kong and Paris for intellectual assets and knowledge economy talent, while smaller hubs such as Boston, San Francisco, Charlotte, San Jose, Seattle and San Diego accommodate some the densest agglomerations of talent in the world, thanks not least to excellent links with venture capital and science investment. Moreover Austin and Dallas have become major examples of how to create the conditions to attract young graduates.

But outside of New York, Boston and Chicago, many North American cities have struggled to internationalise their economic positioning and remain as relevant to global emerging markets. In the last decade, Los Angeles has fallen from the ninth most globally connected business city to only 17th, while San Francisco lost 10 places and Atlanta seven. These cities, along with Miami, have also declined in comparative measurements of economic intensity, and struggle in terms of transportation quality.

European cities have for decades proven uniquely attractive for artists and cultural producers, and their appeal to this demographic remains undimmed. Berlin, Vienna, Amsterdam, and Madrid are exemples of highly urbane central areas, while Geneva, Munich and Zurich are remarkably strong pillars of liveability. Partly for these time-honoured reasons of attraction, European cities continue to dominate for international meetings and conventions. Furthermore, they are world leaders in environmental performance—especially in Scandinavia, Switzerland and the Benelux—with viable strategies already being successfully implemented.

However, European centres have much less dynamic labour environments compared to their North American counterparts. This is partly the result of high tax burdens. Outside of London and Paris, they have struggled to receive competitive volumes of FDI, especially since the financial crisis. Indeed, on current economic paths, many mid-size centres will lose out due to their scale and demographic disadvantages which only a handful of forward-thinking city governments have sought to solve.

Asian hubs dominate the world’s leading free zones, led by Shanghai and Dubai; Transport and infrastructural systems are outstanding in the top Asian cities, such as Tokyo, Hong Kong and Singapore; while mid-size Asian cities now dominate the most broadband connected cities globally. Beijing, Shanghai, Hong Kong and Singapore have demonstrated shrewd and effective business leadership and governance, developing more compelling lifestyle offerings. As a result they, and others, are the most attractive investment propositions, benefiting from large pools of capital and strong local financing. For the first time, backed by excellent organisation attraction initiatives, the likes of Singapore and Taipei are global centres for major conferences. The top Asian cities have shown that productivity growth is inextricably linked with internationalisation of investment and labour markets.

But Asian cities remain well behind European cities for quality of life and North American cities for knowledge and intellectual influence. None feature in the global top 20 for quality of life, partly attributable to poor air quality and a lack of diversity. Aside from Singapore, there are no outstanding sustainability pioneers among the large Asian hubs. But, led by Shanghai and Singapore, Asian hubs are showing how to adjust rapidly to new conditions of openness.

So, each of the urban systems in these continents faces unique challenges. North American cities must embrace new growth markets and trade patterns, becoming more internationalized in the process. European cities must achieve scale through specialisation and collaboration and must achieve more attractive business climates. Meanwhile, Asian cities work on quality of life and cultural/political openness.

For more insight into the development of urban areas, check out the special Cities and Infrastructure conferences at MIPIM 2012!