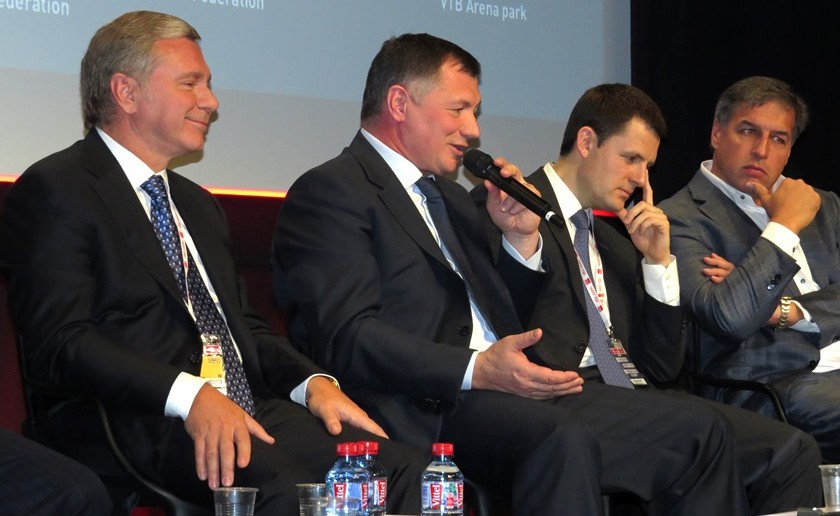 Russian real estate professionals and political leaders from Moscow and Saint Petersburg were present at MIPIM this year. Check out the key moments.
By James Martin on March 26, 2015 0 Comments

Despite the challenging economic situation, many Russian real estate professionals and political leaders were in Cannes meeting international investors and showcasing some of the biggest projects in the Russian market.

Among the key moments of Russian presence at MIPIM:

1. The official opening ceremony of the Russian Housing Development Foundation stand at MIPIM 2015

Minister of Сonstruction, Housing and Utilities of the Russian Federation Mikhail Men and the Director General of the RHD Foundation Alexander Braverman.

Source : Press center of the Department for external economic and international relations of Moscow

3. The official opening ceremony of the INNOPOLIS stand at MIPIM 2015

Check out the articles

“Invest in Russia” Conference draws a crowd at MIPIM