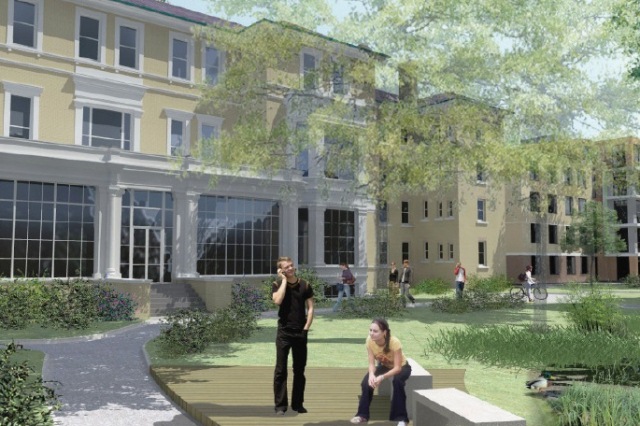 Investors look beyond core commercial property when they cannot find enough stock at the right returns, and over the past year that have piled into two so-called “alternative” investment sectors-  student housing and healthcare/senior living.

If asset classes are judged on sheer volume of capital invested and the herd-like instincts if fund managers then it surely cannot be long before these two sectors shadow reputation as nature markets.

Barely a week goes by without news of a major housing funding deal and such is the volume of activity that the sector is worth $200bn (€155bn) worldwide, according to the latest research by Jones Lang LaSalle.

In the UK alone says, JLL, investment deals topped $3bn in 2012– even more than in the US, where purpose built student accommodation is a long established asset class.

The latest deal involved Legal & General Property investing 25.7m (30.4m) in May into a development, prelet to University of the Arts London, at Elephant & Castle, central London. This is L& G’s fifth forward funding in the sector, taking its total to 330m in two years, in addition to a 121m debt facility to leading student housing operator UNITE.

The UK second-biggest operator, meanwhile, University Partnerships Program, now has mixed Chinese and Dutch parentage – Ginkgo Tree Investment at the London -registered arm of the China Investment Corporation, recently completed one of the biggest property investment deals in Europe this year with the acquisition of a 40% equity stake in UPP for £550m (€650m). Last year Dutch pension fund PGGM acquired 60% of the company for £840m.

Such activity, whether it’s corporate, direct investment or debt – has been underpinned by the rise in student numbers globally. They increased from 98m in 2000 to 165m in 2011 and are expected to top 263m by 2025.

JLL hails the emergence of “a mainstream global asset class” and the firm is similarly effusive about a healthcare/senior living sector that has attracted investors on the back of ageing populations in key Western markets.

By December 2012, three of the top 10 REITs by market value in the Standard & Poor’s US REIT index were companies specialising in healthcare/senior living. That performance followed Health Care REITs $844.6m (€689m) takeover of Sunrise Senior Living, which created one of the largest owners of nursing homes in the US, Canada and the UK. “Healthcare is coming of age,” says JLL director Phil Hall.

“Private equity has long been a fan of the healthcare sector, with over 70% of all mergers and acquisitions in EMEA being private equity backed,” he says. “Pension funds and other forms of institutional capital, on the other hand, have been harder to persuade of the sector’s merits.”