In early 2017, the UK, Europe and the rest of the world was on the edge of potentially significant political and economic changes. A brash, populist disruptor was about to be installed as President of the United States. In Europe, critical elections and populist candidates threatened to tear apart the European Union and the Euro.

As the UK was about to enter Brexit negotiations, little did we know of the disruption an unanticipated election would bring. Some of 2017’s most severe risks have moderated: the US and China are not in an all-out trade war, for example. However significant tensions remain in the global order: in military alliances, in security accords, in economic agreements and in the increasingly prominent battle between globalisation and nationalism. 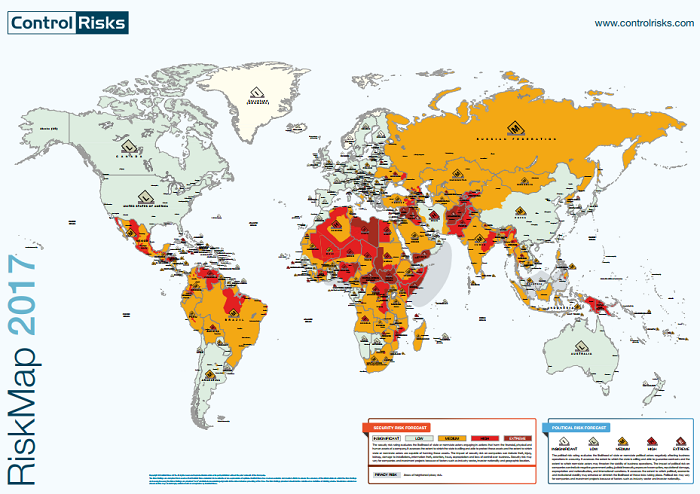 As MIPIM UK gets underway and we approach another new year, Control Risks will be preparing RiskMap 2018, our flagship forecast of political, security and operational risk. Where will the hotspots be around the world, and will the UK be one of them? In the current geopolitical climate, what should business anticipate? How will leading companies soften the next bump in the road?

Don’t miss Charles Hecker at MIPIM UK this October, where he will unveil the RiskMap for 2018.

Control Risks is an independent, global risk consultancy specialising in helping organisations manage political, integrity and security risks in complex and hostile environments. We support clients by providing strategic consultancy, expert analysis and in-depth investigations, handling sensitive political issues and providing practical on-the-ground protection and support. Our unique combination of services, geographical reach and the trust our clients place in us ensure we can help them to effectively solve their problems and realise new opportunities across the world. www.controlrisks.com