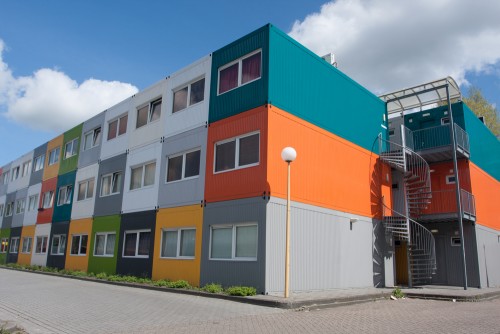 The student housing market is in full-growth, with £5 billion of purpose-built student accommodation transacted this year, double that of 2014.
By Mark Bladon on October 1, 2015 0 Comments

We have long argued that student housing is a mainstream option for property investors. Even without the recent moves to liberalise access to university, the calibre of institutions now active in the market demonstrates its maturity, with high-profile institutions such as Goldman Sachs Asset Management, Greystar and Canadian Pension Plan actively gaining exposure.

Their interest in acquiring purpose-built student accommodation in scale has in turn given developers new confidence in the liquidity present in the sector. Consequently their appetite to build large-scale portfolios involving 5,000 beds and more has grown.

The starting point is, of course, demand from the students themselves, which is only likely to increase following two supportive moves from the Government: the scrapping of the grade qualification capping universities’ freedom to offer places and the replacement of maintenance grants with a new, larger student loan.

The first move is already having an impact on student numbers. The admissions body UCAS reported that more than 491,000 students had been admitted to a course of higher education by the end of August, a 3% increase on last year. That may not sound like a lot, but it represents around 15,000 students and they all need to be accommodated.

The impact of the new student loan on numbers is less clear but it is worth noting that, at £8,200 a year, it is the biggest single support yet made available to students, which is likely to have a positive effect. Judging by recent years’ figures, student numbers are on the rise anyway. According to UCAS.com, applications totalled more than 635,000 in 2013, rising to 659,000, in 2014 and 673,000 this year.

Student numbers are of course critical to the health of the student housing market but this is of course just the beginning: the stock needs to exist to provide an investment opportunity. From that perspective, the market is in a phase of very strong growth. £5 billion of purpose-built student accommodation has been transacted this year, double last year and higher than it has ever been.

With those figures in mind, it is now generally acknowledged that student accommodation, having previously been classed as an alternative property sector, is now viewed as a mainstream market in the same way that offices, industrial property and – perhaps – even the residential market are viewed.

Investors should of course temper their expectations on the growth of the market in line with capacity. While universities are now free to set their own numbers, they cannot double the size of their intake overnight. Meaningful increases in admissions require investment in new buildings and facilities.

We are positive on this, though: universities typically have strong balance sheets and access to third-party funding. In the towns in which we are active as a funder we are seeing new campuses, science wings and other facilities being built to accommodate greater numbers.

While the need to add to existing infrastructure acts as a natural lag on admissions growth, this dynamic will act in support of the market. Investors can take comfort from the fact that universities are investing in this way, underlining the fact that the growth in student numbers – and therefore demand for accommodation – are sustainable in the long term.

Other factors in support of the market include the commitment, from most if not all universities, to provide first-year accommodation to students. Much of this is in the form of purpose-built accommodation.

We are also seeing a general shift in mindset as students’ own expectations and preferences change. Previously, it was accepted that the typical university experience involved a house of multiple occupation (HMO) accommodating at least four or five occupants. Increasingly, though, students’ expectations go beyond this. They want a purpose-built accommodation block, with security and the convenience of all bills paid in one amount.

We believe this – “HMO2” – is likely to be the future for student housing and in certain instances, local councils are very much encouraging the development of purpose-built student housing stock. There are obvious benefits to containing expanding student numbers in a well-managed area but, more importantly, it releases much-needed housing to the permanent population in university towns.

This solves a serious headache for councils, who are responsible for housing people who have been priced out of their locality by students. As student numbers rise, more and more local authorities will have to confront the problem of them piling into the suburbs. No one is building Victorian streets anymore, but the development of a large scale buildings housing 500+ students would help solve the problem.

I believe that’s the future – as student accommodation becomes more firmly established in the mainstream property market, and that’s how I see the market developing: strong, centralised, controlled assets with critical mass meeting a sustainable annual demand. Those are the kinds of assets the institutional investment market wants to own.

Come and hear Mark Bladon discuss student housing in more detail during his panel session at MIPIM UK this October!

Following the lifting of the cap on student numbers and the scrapping of maintenance grants, universities are expecting a rush of applications.  Where are the implications for investment in this growing sector? Speakers: Paul Tebbit, Director, Blackrock, Richard Simpson, Managing Director – Property, Unite, and Mark Bladon, Structured Property Finance, Investec. WEDNESDAY 21ST OCTOBER 15.15 – 16.00 Blue Room

Click below for more specific information on other “housing” conferences:

FROM SOCIAL HOUSING TO SUPER-PRIME

THE HOUSING SHORTAGE AND RISING INEQUALITY

WHAT IS THE PLAN TO INCREASE SUPPLY IN THE HOUSING MARKET?