Today the world invests some $2.5 trillion a year in the transportation, power, water, and telecom systems on which businesses and populations depend. Yet this amount continues to fall short of the world’s ever-expanding needs, which results in lower economic growth and deprives citizens of essential services. Building on MGI’s 2013 report Infrastructure productivity: How to save $1 trillion a year, this research updates our estimates of the world’s infrastructure needs and projected investment shortfalls. It also offers refined recommendations for bridging those gaps. Among our findings: 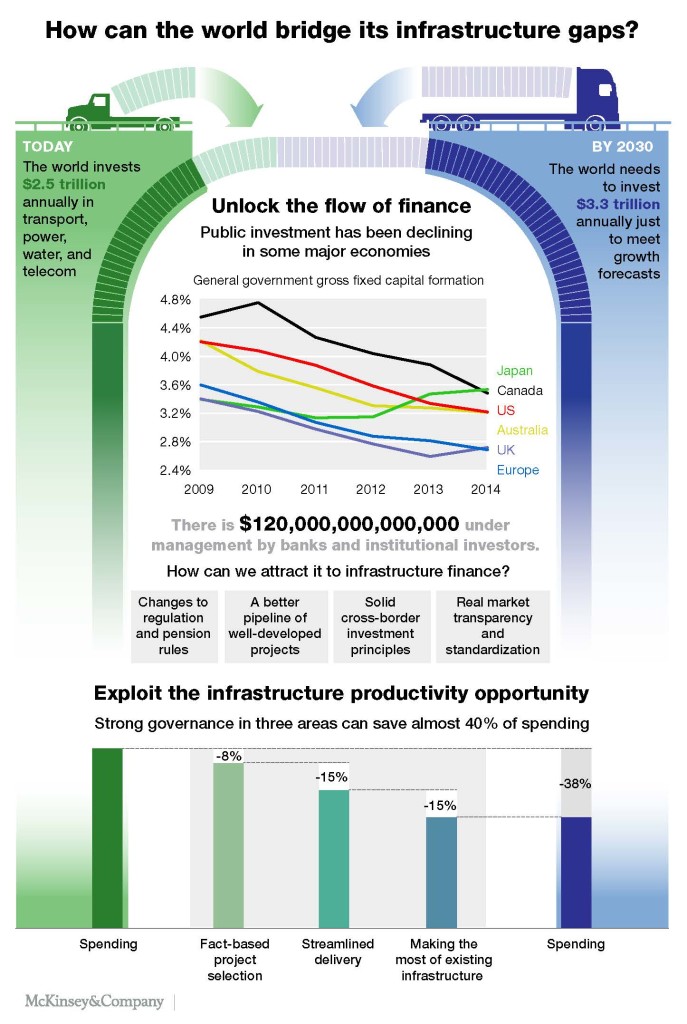 Beyond ramping up finance, there is even bigger potential in making infrastructure spending more effective. Accelerating productivity growth in the construction industry, which has flatlined for decades, can play a large role in this effort. Additionally, as our 2013 research showed, improving project selection, delivery, and management of existing assets could translate into 40 percent savings. Since our original report was published, we have completed a detailed diagnostic measuring the efficiency of infrastructure systems in 12 countries. Even the most advanced economies have significant room to learn from each other and to build stronger capabilities and learning institutions with strong oversight. A rigorous assessment that benchmarks each aspect of infrastructure development against global best practices can identify the areas where a well-targeted transformation could yield substantial results.