What Does AI mean for Interior Design?

While some experts say artificial intelligence will revolutionise the interior design industry, others remain sceptical...
By Dmytro Spilka on May 3, 2018 0 Comments

Artificial Intelligence (AI) often gets a bad rap on the silver screen. In Stanley Kubrick’s 2001: A Space Odyssey, an omnipotent computer named HAL 9000 sets upon wiping out all life on its spaceship after noticing that its human occupants were planning to turn him off. While the 1984 film, The Terminator, focuses on AI’s attempt at destroying the human race altogether.

This all makes for pretty bleak reading when all you want to do is furnish your living room. But luckily Hollywood AI’s real-life counterparts are proving to be a lot more helpful and generally less destructive.

While interior design isn’t usually the first thing that comes into your head when considering the uses of AI, it’s certainly making waves in bringing great results when utilised for decorating homes.

“Currently, only professional designers know design rules and techniques. Our vision is to empower everyone to become interior designers with an app that combines AI with virtual reality.”

Sheremetyev’s words seem ominous for professionals who earn a living in interior design, but the introduction of AI tools seem to point further towards creating a synergy between clients and professionals that’s capable of bridging the gaps between a customer’s ideas and that which is practical through excellent and intuitive visualisation tools and structural calculations. A future we can all subscribe to.

One such piece of artificial intelligence that’s tasked itself with bridging the gap between client and designer is Moodfit. This tool relies on its algorithms to match a customer’s taste and calculate their ideal ‘style’. The process invites users to take a brief quiz, and pairs them with a likeminded interior designer in their network based on the answers given.

Moodfit’s model promises to find users their perfect professional designer, without having to resort to sifting through countless portfolios or bouncing ideas off of professionals that don’t necessarily share the same vision.

Given the highly image-based algorithms at play here, the comparisons to AI dating apps like Tinder are hard to avoid, and Moodfit is something of a matchmaking tool.

Moodfit is an example of AI being utilised in a way that benefits the lives of both clients and interior design professionals, rather than the technology inadvertently keeping designers out of a job.

Lulu Chang, of Digital Trends, on the other hand, triumphs applications like Planner 5D as a revolutionary tool that’ll bring users the power to become interior designers in their own right – “Why hire a human to design your home when you can just hire a machine?” Chang asks at the beginning of her piece.

Tractica predicts that the AI application industry will be worth $60 billion by 2025, and apps like Planner 5D are looking to command their fair share of that windfall through their automated solutions to interior design.

Similarly to the aforementioned Moodfit, Planner 5D utilises algorithms that studies and learns from over 40 million real-life projects to gain an understanding of how users typically decorate their rooms – from light fittings to television placement and more.

The tool excels in allowing users to visualise and render entire homes by drawing on existing ideas and building from the foundation of a floorplan up.

Arriving in Q2 of 2018, Lexset looks to further tap into the power of AI and combine it with augmented reality to offer an intrinsic service that can provide your room with a makeover at the touch of a button. The tool utilises a smartphone or tablet camera and uses spacial and object recognition to identify existing furniture in a space before consulting its vast catalogue for home improvements that can be embedded into the room.

Forbes modestly predicted that Lexset will “revolutionise interior design” through its combination of AI and AR technologies and the power it will bring to users. 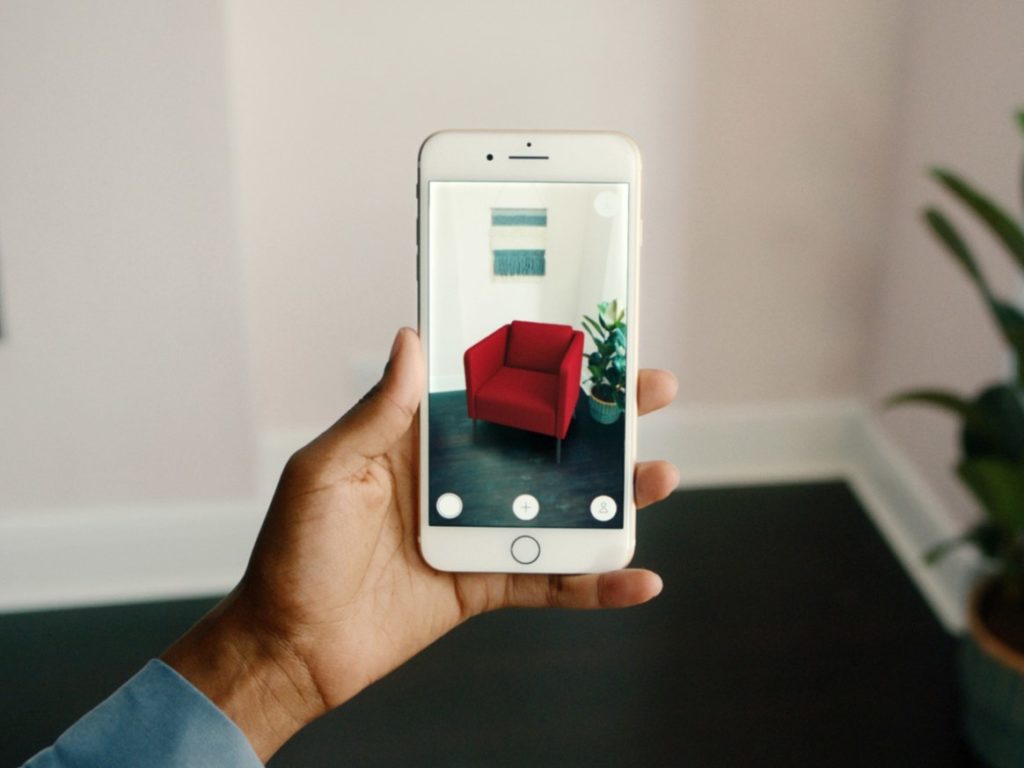 Despite the burgeoning power of technology looming over the industry, interior design business coach, Alysia Wicker, refutes the notion that AI is soon to envelop the business of redesigning homes.

“Connecting with humans is the real future of interior design. Taking the time to see your client, to understand your client and to be an advocate for your client is not something that AI can do. Only a designer with a heart can do that,” explained Wicker.

This retort is clearly impassioned and highlights the impasse that interior designers and their AI counterparts are faced with. Design through analogue means is a noble skill that features techniques that can now be replicated by machine learning, while artificial intelligence offers an unprecedented level of convenience and resource that’s unable to react to unexpected customer whims and suggestions in quite the same way as an industry professional can.

Regardless of the rave reviews that are accumulated by the ever-increasingly powerful AI programs and applications and the counterpoints on how machines can’t replicate the artistry and adaptability of human designers, it’s fair to say that technology has pushed interior design into uncharted territory. It would seem the solution that guarantees a thriving future for both camps would revolve around industry professionals embracing the intricacy of AI and using it to aid the process of visualising their client’s needs. Now let’s all embrace the future together.

Dmytro Spilka is a Digital Manager at SBID. His work has been featured in Huff Post, Entrepreneur, PopSugar and The Next Web.