Talking about the original project, Hidalgo commented: “It is time to build a new vision for cities. So we identified all the sites the city has, and used them to create models for a better city. We received 600 proposals from 15 different countries and all types of professions. They have been incredible in how they tried to change habits and propose new projects.”

“This transformation wouldn’t have worked if all stakeholders hadn’t got involved. I now see that reinventing Paris has been an opportunity to leave our standard procedures and get closer to citizens’ needs.” @paris Mayor @Anne_Hidalgo #MIPIM pic.twitter.com/lJA9BcfRfB

Hidalgo went on to say that cities are one of the great challenges of the future: “We need to change now, especially faced with climate change. 66% of Parisians support the pollution-lowering policy we’ve put in place in Paris, but it takes courage to make such changes. Ultimately, C40 is a way to look at other cities’ best practices and roll them out elsewhere. In this way, we become trend-setters.”

Responding to Hidalgo, architect Lina Ghotmeh admitted that the approach of Reinventing Paris made her completely rethink her role as citizen: “It’s really about how we want to live in the future,” she said. Fellow architect David Chipperfield added: “Reinventing cities requires a different approach to investment and regulation. So you need political engagement, and you need planners so we can operate within a framework. But investors are ruthless! So the planning has to be very precise from an early stage.”

Milan’s approach was, according to Deputy Mayor Pier Francesco Maran, to start with small projects. “Then in 2012, the tribunal blocked our congestion charge proposal, but we had the people with us, and we successfully reintroduced it four months later,” he said. “But the fact is that when you make changes, you always have something to face.”

Referring to investors and the global market, Oslo Mayor Raymond Johansen pointed to a truth that sometimes gets lost:  “The market is perfect as a servant, but not as a master,” he said. “So we need to help to create cities that are greener. That’s why we support Reinventing Cities. In Oslo, 32% of the population are immigrants, and we can solve their integration problems in an environmentally friendly way. I’m proud to be a part of this initiative,” said Johansen, who went on to point out that 33% of new cars in Oslo have been electric since late 2017. 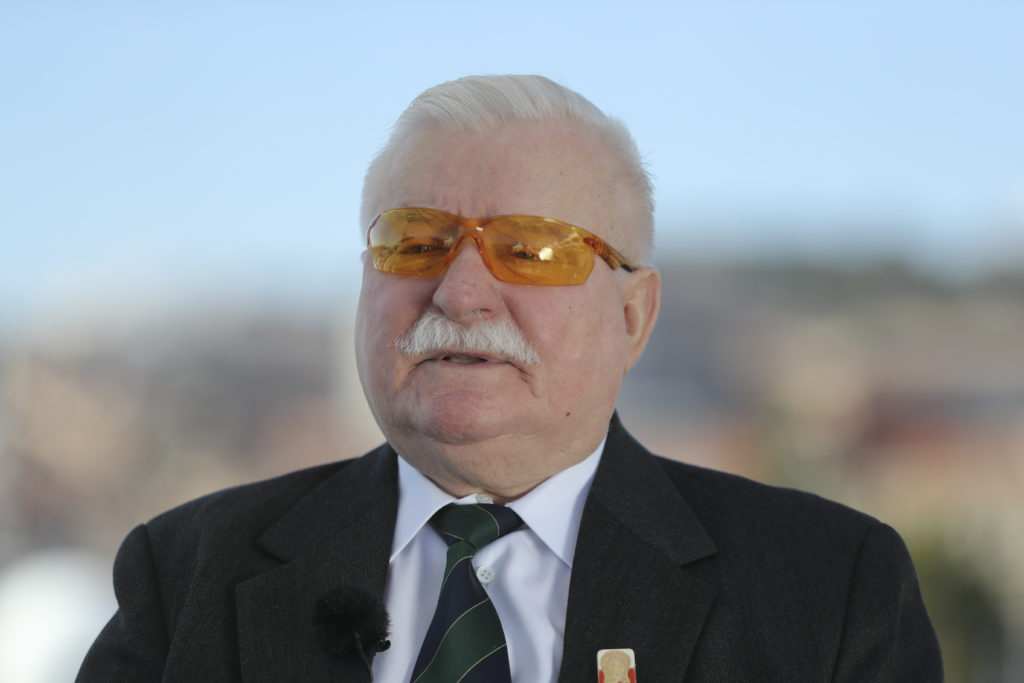 Another MIPIM highlight of the day was the visit of the figurehead of Solidarność, Nobel Peace Prize winner and former President of Poland Lech Wałęsa! He was in Cannes to promote his home region, Poland’s Pomerania.

Earlier today, the Global cities: The new powerhouses? panel featured Turkish Deputy Minister of Development Mehmet Ceylan, JLL’s Rosemary Feenan, Belfast City Council’s Suzanne Wylie and Greater London Authority’s Jules Pipe address the notion of global cities onstage, with moderator Places for People’s Alexandra Notay. But, as Feenan pointed out, this is not a new concept: “The term “global city” emerged in 1866; but we still don’t know exactly what it means. There is however a trend of power moving down, closer to the notion of city states. What’s for certain is that they can no longer hide, due to the power of big data.”

As Feenan pointed out, there are plenty of new contenders for the global city soubriquet:

7 cities take 25% of global investments; but contenders like Sydney & more are close to getting into this top seven, re @jll’s R Feenan #MIPIM pic.twitter.com/GX2CPhmVZU

Suzanne Wiley of Belfast City Council then admitted to her home city’s ambitions: “We want to get back up into the UK’s top four cities. We are now the second fastest growing knowledge sector in UK outside London, with a rapidly growing tech sector.”

Turkey’s Mehmet Ceylan, for his part, insisted that no global city can simply provide the bare minimum. “Delivering basic needs is no longer enough for a city in global competition, but at the same time, they should be able to preserve their history and culture and pass that on to the next generations. Mega projects will also demonstrate a city’s dynamism. In Istanbul, we have already started a mega-attraction project which will create many more opportunities in the region for trade, tourism and housing.”

Greater London Authority’s Jules Pipe spelt out the realities of the UK’s current situation: “London did not vote for Brexit, so we have to make sure we get the best deal moving forwards. London remains absolutely open for business, regardless of Brexit negotiations. Our fundamental values remain unchanged, and London is still one of the most desired places to live: its vitality draws people to it. And we are regenerating. It’s not about turning London into a great big dormitory, rather creating a poly-centric London. It’s about making better use of land.”

While it might be inappropriate to describe the future of hospitals as exciting, it undeniably is a growing sector, but one that needs to be treated with the utmost respect and sensitivity: As AXA Investment Manager Andrew Ovey pointed out, it is crucial to take care of the carers: “You have to look after the people who are looking after the patients,” Overy continued. “Often, they’re doing very difficult jobs for not much money.”

In purely architectural terms, there is much room for creativity, according to Carol McBain of Reiach and Hall Architects: “We built a facility in Glasgow that treats 2000 people per day with no beds, and it can do 85% of what a traditional hospital can do. It’s about making the experience less stressful and more relaxing for patients by including restaurants and other elements of normal life.”

As IRES PIEMONTE’s Ragnar Gullstrand rightly points out, long term care is and will continue to be a drain on scant resources: “Chronic care is one of our biggest issues in Piedmont. The region has some of the oldest hospitals in Italy serving a regional population of 4.5 million, and we get a budget from central government, then we have to decide how best to spend it.”

The Asia’s Cities: the next 100 debate featured Louise Kavanah, Managing Director, Fund Management, TH Real Estate, Stuart Crow, Head of Asia Pacific Capital Markets at JLL, and Congle Shen, Project Leader of The Rising Lab, Yicai Media Group, discussing the prevailing trends in the region, and one of the most important conclusions they reached was that the region is less opportunistic. As Louise Kavanah pointed out “There’s a shift in capital coming into the region, investors are looking at long term growth and currently are less opportunistic. There’s greater diversification in Japan, Australia, Korea, and also in China but more selectively. And of course Hong Kong and Singapore have always been that way.”

Equally important is that the trends that define other markets are mirrored in Asia: “They are the same as elsewhere but less mature,” said Stuart Crow. “Currently we are seeing high yields in India, and in both India and China the growth of infrastructure, in terms of airports and new housing, is driving co-working and co-living as transport improves.”

​The Investment: trends, analysis and insights panel focused on hotels with panelists Amal del Monaco of AXA Investment Managers, AccorInvest’s John Ozinga, and Hilton’s Jochem-Jan Sleiffer. Ozinga admitted that Accorinvest’s model is unusual: “We both own and release assets, so we’re kind of a hybrid model. Last year we restructured our portfolio from 1400 to 1000 properties and went from a 7% margin to 15%, but that’s still not enough; we want to reach 20% in a few years, and then become independent from Accor.”

Del Monaco pointed to changes that are bringing in more investment as significant: “10 years ago, investors were not keen on management contracts,” she said. “Now, more and more investors like us are considering them. It’s healthy that investors are becoming more comfortable with hotels.” In the the US, however, things are different. “The US is a very deep franchise market,” said Ozinga. “The management model is less common there, so if you’re investing for tax reasons, you’re doing the wrong thing.”

It all makes sense when you factor in the size of the global travel industry: “We’re in the golden age of travel,” Sleiffer. said. “One in ten jobs are in tourism, and we’ll soon reach 2 billion people travelling per year.” A  question from the crowd about AirBnb showed what a mixed blessing disruptors can be: “They are providing more capacity for the traveller, but in Paris, where they have their biggest presence with 65,000 spaces, it’s creating a lot of problems, both fiscally and socially. This has not impeded our growth this year, but they will still be here in the future.”And as Hilton’s Sleiffer pointed out, there’s a vast difference between what is offered: “They’re a lodging company, and we’re a hospitality company.”

The City Financing: innovation and investment trends panel featuring Bristol Mayor Marvin Rees, and Louise Brooke-Smith, a partner at Arcadis, pulled no punches about the realities of financing city development: “Not having a poverty mentality is very important. A can-do attitude is attractive to potential investors,” Rees said.

Louise Brooke-Smith added: “And the days of borrowing and putting off the day of reckoning are over, especially after the Carillion meltdown.”

Both Rees and Brooke-Smith believe that the future will be more financed by the private sector than ever, and that will demand different attitudes from local authorities: “We suggested to businesses who are spending money on Corporate Social Responsibility (CSR) projects, that they could put it together rather than spending it on a thousand different small projects, and it works. Basically we’re not bound to a single way of getting things done, we’re just looking to get things done.” 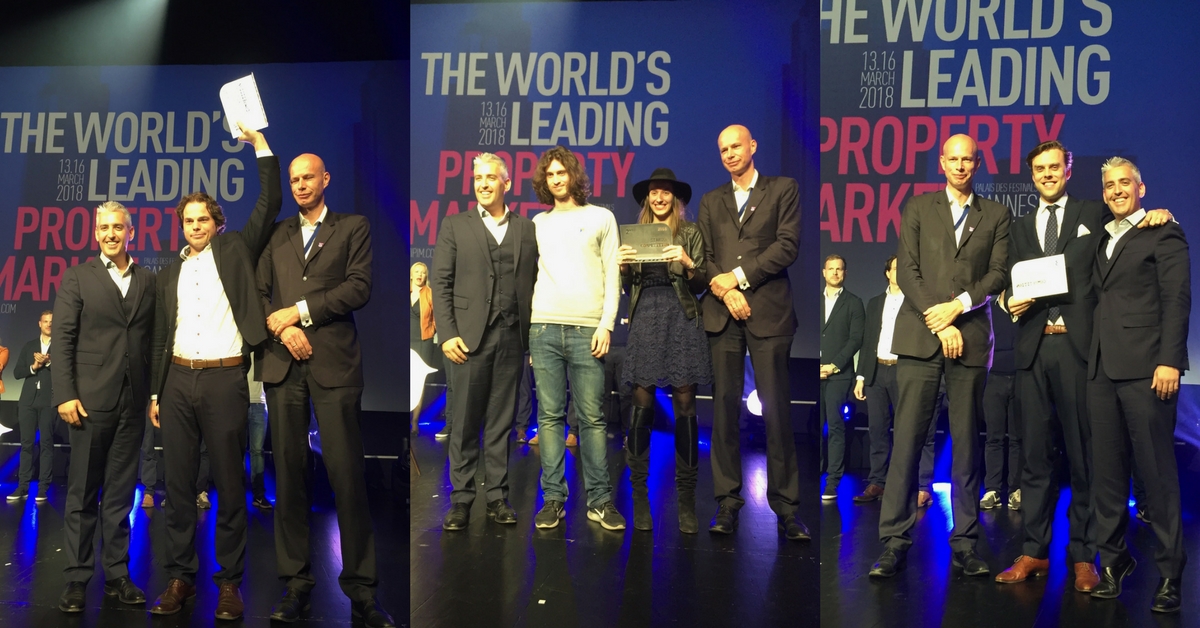 The day then came to a forward-looking close with the finals of the 3rd MIPIM Startup Competition. The big prize went to Disruptive Technology, a company which makes what it calls the world’s smallest intelligent sensor. CEO Erik Fossum Færevaag (left) took the prize from Jörn Stobbe of Union Investment, the competition’s sponsor, and MetaProp NYC’s Aaron Block. Workwell, an app which allows coworkers to connect and manage their offices, came second (Marie Schneegans & Paul Dupuy, centre, took the prize); and PHYSEE, which makes intelligent windows that gather both data and electricity, came third. Maarten de Haas (right) accepted the award. Congratulations to all our participants, thanks to our illustrious jury; & full report coming soon, right here!

Gary Smith is Senior Reporter for the official publications of MIPIM, and for numerous other international B2B events.