Full speed ahead for urban mobility

How we connect places is key to unlocking investment potential, and to deciding what to build where.
By Georgina Power on June 30, 2020 0 Comments

Urban mobility is being upended as calls grow to create more sustainable cities, with tech, transport and car companies also taking up positions to create a new urban future.

As how we travel in and between cities shifts to a new gear, Chinese company Tencent – one of the largest tech names in the world – has selected Seattle-based NBBJ to design Net City, a new, master-planned, car-free district in Shenzhen’s Dachanwan port area.

Net City will cover an area roughly the size and shape of Midtown Manhattan.  “In today’s computer-driven world, we are free to imagine a highly integrated city that brings ‘work, live, play’ closer together to foster more synergy between people,” says Jonathan Ward, design partner at NBBJ.

“In today’s computer-driven world, we are free to imagine a highly integrated city that brings ‘work, live, play’ closer together” – Jonathan Ward, NBBJ

More than 9,000km away, in the Netherlands, Hardt is working on realising a 10,000km hyperloop network across Europe.  Hovertrains travelling at the speed of airplanes and with zero carbon emissions will put cities such as Frankfurt and Paris within minutes of Amsterdam rather than hours.

This may sound like science fiction but then historian Yuval Noah Harari, writing in 21 Lessons for the 21st Century, says that our belief in fiction, together with our ability to cooperate among themselves, is what has given us humans the power to control the world.

Other mobility ‘fictions’ becoming realities range from self-automated cars to flying taxis and delivery drones.  In the decades to come, clear city skies may well become a thing of the past.

Urban mobility has the power to unlock investment potential

Transport connectivity, greater use of technology, smart mobility solutions and mixed-use assets are all key factors integral to the potential of real estate investment, according to the latest survey of Emerging Trends in Real Estate: Europe. 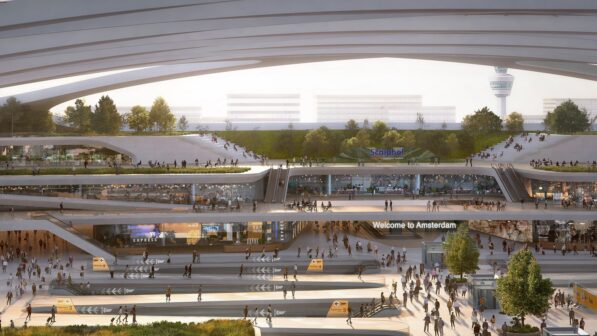 As part of Schiphol Airport’s aim to become a multi-modal hub, the Dutch airport announced earlier this month that it would expand its involvement in the Hardt hyperloop network.

This followed the release of a study showing that the hyperloop could divert up to 12.5m passengers travelling via Schiphol to airports in Germany, Belgium, France and the UK by 2050.  In addition, the study revealed, the network would create an estimated additional wealth of €275bn for the local province of Northern Holland, reflecting a growth of +121%.

Advances in urban mobility are also about improving citizen health and wellbeing, as well as turning back the tide of climate-change destruction.

Road vehicles account for nearly three-quarters of worldwide transport CO2 emissions, while over 4 million people die each year from outdoor air pollution – around 800,000 of these premature deaths are in Europe.

A study carried out in London also puts forward the idea that higher levels of air pollution increase the rate of minor crimes.

Micromobility is at the heart of urban mobility

As Josh Artus of urban health research lab & consultancy Centric Lab told MIPIM World Blog earlier this month, the built environment is one interconnected system. No building, public space or transport route can be looked at in isolation.

Call it what you will – an ‘integrated urban fabric’ or a ‘multi-modal hub’ – the drive is on to create socially cohesive neighbourhoods that promote health and wellbeing and which  incorporate a mix of uses.

Central to the re-election campaign of Anne Hidalgo in Paris ­– where the second round of voting takes place on 28 June – is the ville du quart d’heure, or the 15-minute city, easy to get around on foot or by bike.

At present, Paris has one of the highest percentages of the workforce living in the suburbs, although this is partly due to the city of Paris numbering just over two million, compared with 12 million in the Greater Paris region. 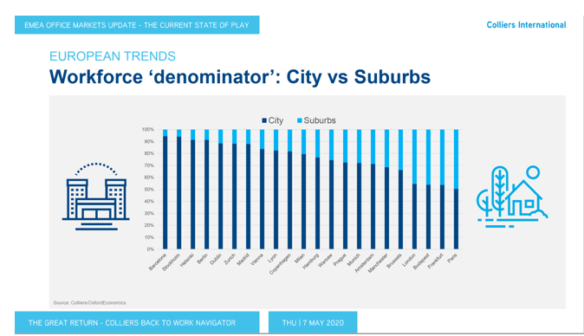 The 15-minute neighbourhood is also one of five key points to “seeding” change in mobility cultural put forward by Copenhagen-based architect & planner Gehl.

“The vast majority of our streets are built for automobiles” – Gehl

Gehl, which also has offices in New York and San Francisco, says that nearly half of all vehicle trips in the US are less than 3 miles long. “They make this choice … because the vast majority of our streets are built for automobiles,” says the architect.

There are also members of the private sector pushing to get people pedalling. Cycling clothing brand Rapha aims to get 14 million people in the UK onto a bike as part of a global ‘cycling heroes’ campaign.

“We have to make sure that people want to ride, as well as putting in the infrastructure to make it easier for them” ­– Simon Mottram, Rapha

“We have to make sure that people want to ride, as well as putting in the infrastructure to make it easier for them,” Rapha founder & CEO Simon Mottram told Monocle 24 Radio. 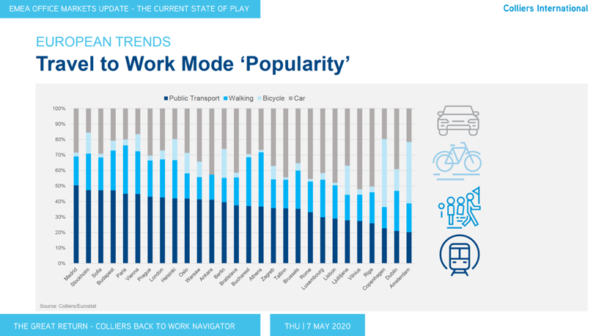 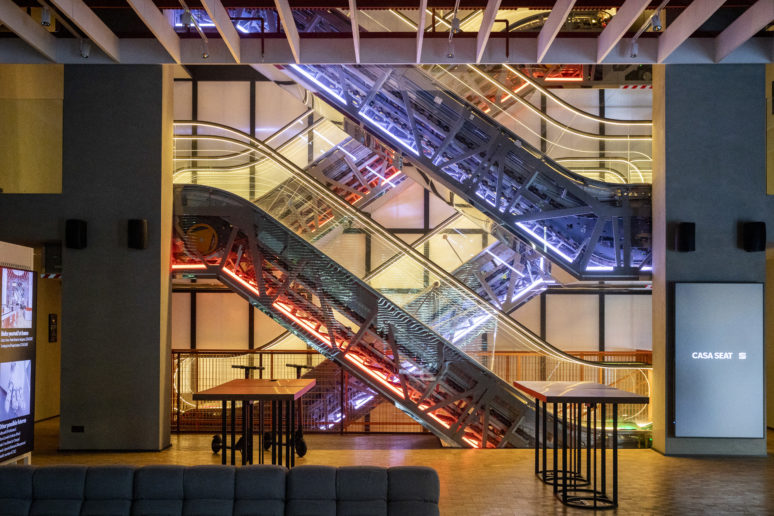 Meanwhile, car brands are morphing into urban mobility brands. Earlier this month, SEAT opened CASA Seat – the house of SEAT – at the top of Passeig de Gracià, one of Barcelona’s prime shopping streets.

The building will serve not only as the new headquarters for SEAT and its motorsport brand CUPRA, but also as a “thinking, learning, creative, start-up, digital” casa, and to include a restaurant. As well as cars, customers will also be able to discover the SEAT MÓ eScooter and eKickScooter.

On the other side of the world, in Japan, Toyota unveiled plans earlier this year to build a protype ‘city’ of the future on a 175-acre site at the base of Mt Fuji in Japan.

Toyota Woven City will be built as a living laboratory, serving as a home to full-time residents and researchers, to test and develop technologies such as autonomy, robotics, personal mobility, smart homes and artificial intelligence in a real-world environment.”

“With people, buildings and vehicles all connected and communicating with each other through data and sensors, we will be able to test AI technology in both the virtual and physical realms, maximising its potential,” says Akio Toyoda, President of Toyota Motor Corporation.

“Creating cities only for efficiency should not be the aim of automation, it should be to humanise the city” ­­– Centric Lab

Whatever form the future of urban mobility takes, “we need to think of automation as a tool to enhance and increase the time for human-to-human interaction,” says Centric Lab. “Creating cities only for efficiency should not be the aim of automation, it should be to humanise the city.

You may be interested in the MIPIM World Blog post from June 2019: Air pollution is killing us – and mobility has the answer.