Younger generations arriving in the workplace with different requirements and expectations have combined with technological advances to bring about a revolution in the way workspace is used. Mark Faithfull looks at how property owners are reacting to the changing demands.
By Graham Parker on February 26, 2018 0 Comments

Europe’s workspaces are changing dramatically, driven by the changing expectations of a millennial workforce as likely to be turned on by flexible work practices, and social and leisure facilities as by traditional metrics. At the same time, occupiers’ real estate priorities are increasingly focused on introducing efficiency gains and enhancing workplace strategies in a quest to make space work smarter.

According to the latest CBRE European Occupier Survey, 64% of companies cited economic uncertainty as a major challenge to their future operations. The desire for collaboration between customers, colleagues and co-workers is still the top driver of workplace strategy, cited by 65% of occupiers. Half view technology as a component of successful flexible working strategy and 70% had sought to reduce costs over the past year through efficiency.

Richard Holberton, senior director, EMEA research, at CBRE, observes that transformation in workplaces across Europe is “quite uneven”, but stresses that the trends are far from confined to SMEs and tech companies. Corporates, he says, are looking to realign their real estate requirements, while ensuring that the buildings meet the requirements of their employees. “To fulfil those needs, we are seeing developers, landlords and occupiers working in partnership, looking to create the right offers for modern office needs,” he adds.

James Pearson, EMEA research analyst at CBRE, says: “These changes have come about first of all because commercial real estate is being influenced by the flexibility we have seen in sectors such as retail and logistics.” He adds that technology’s ability to mobilise the workforce and provide data is helping to give occupiers “a much greater feel for their building needs and the well-being of their staff.”

James Pearson: “Commercial real estate is being influenced by the flexibility we have seen in sectors such as retail and logistics” 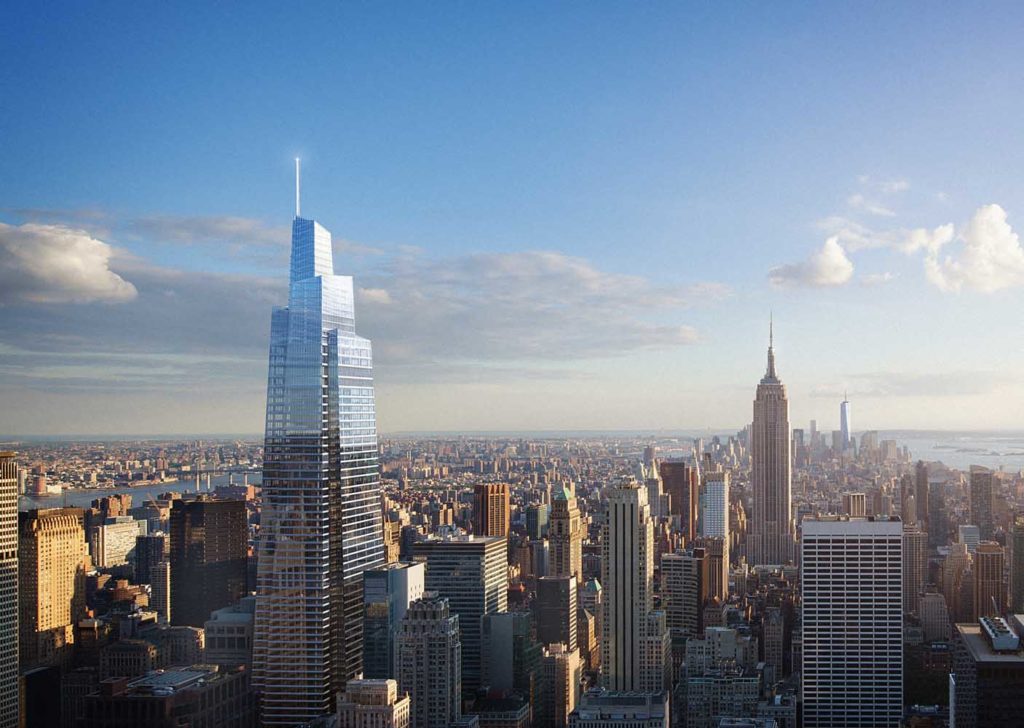 Despina Katsikakis, Cushman & Wakefield’s recently appointed head of occupier business performance, believes that three key changes are evident. First, while global corporates have been very focused on flexibility and agility, corporate culture is now much more open. Second, innovation means that almost all companies see themselves as technology companies that happen to serve a specific sector. That means they are all chasing the same talent pool. And third, that talent is demanding a workplace with authentic company engagement.

Katsikakis feels that, “with people representing 85%-90% of operational costs,” many employers have spent too much time focusing on the 10% of building costs, sometimes making cuts that negatively impact upon staff performance. “We’re seeing much more attention on the Well Building Standard [an international rating system focused on human health and well-being in the built environment],” she says. “A great office should promote efficiency, effectiveness and engagement. There is real business sense behind this — we’re not talking about a nice-to-have.”

Over the past decade, the global flexible office market has been growing at an average of 13% per annum, according to CBRE. Growth rates in EMEA (excluding the UK) and APAC have averaged around 20% per annum, while the more mature and larger markets of the UK and the US have seen an average annual growth of 10% over the same period. Key European cities, including Berlin, Paris and London, have all seen strong year-on-year growth. However, London is by far the largest market globally, with over 1,000 serviced and co-working centres.

Evidence of this shifting set of priorities is leading to a number of new initiatives across Europe. Last year, HB Reavis launched HubHub, which consists of fully serviced, flexible shared office space for start-ups and medium-sized businesses. HB Reavis plans to introduce HubHub into all its existing locations, including London, giving companies the option of inhabiting larger, more social shared areas or selecting from a range of discrete, quiet offices. 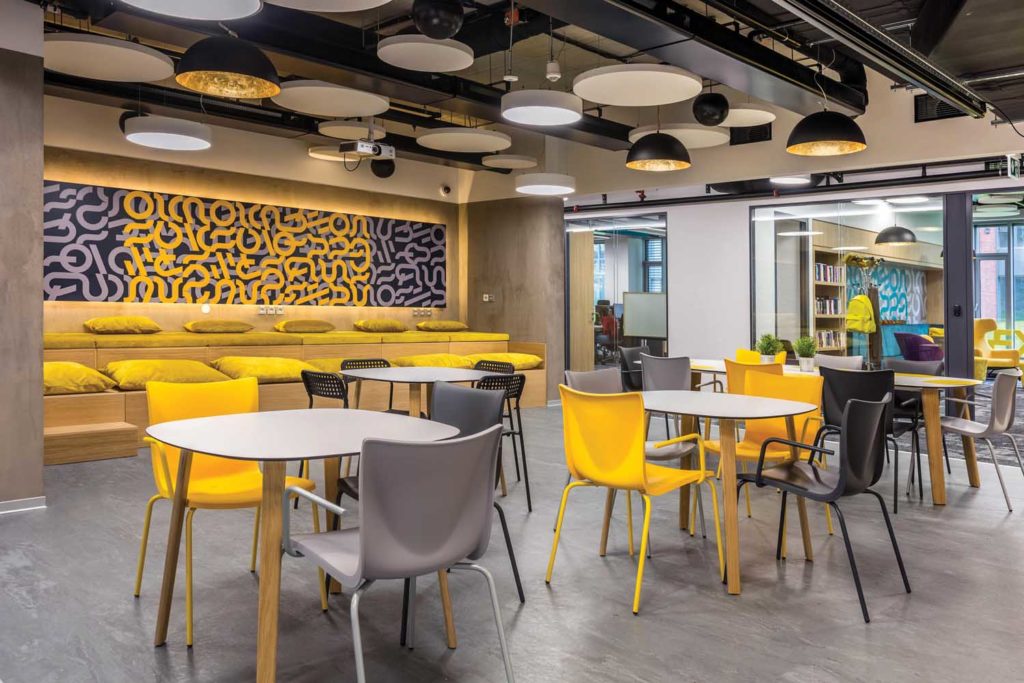 To date, HubHub has over 3,100 sq m of co-working space up and running, including grade-A offices in Warsaw and Bratislava. The plan is to push growth in the CEE, with additional space planned for Bratislava, Prague and Budapest this year. HB Reavis also wants to bring together the various tech start-up scenes to create Central Europe’s own version of Silicon Valley. An initial co-working site in London is already in the planning stages, while a larger space in one of HB Reavis’ London developments is also in the pipeline.

Meanwhile, Bouygues Immobilier, the real estate development subsidiary of Bouygues Group, and AccorHotels have created a 50:50 joint venture to accelerate the growth of Nextdoor in France and Europe. Nextdoor was created by Bouygues Immobilier in December 2014 to fulfil the evolving requirements of businesses, including increased flexibility and digitalisation, a better quality of working life, greater professional mobility and the pursuit of new collaborations.

The workspaces rolled out by Nextdoor provide a wide selection of services aimed at facilitating networking, and allowing 24/7 accessibility. By the end of 2017, Nextdoor had expanded to eight sites in France and had more than 4,000 clients. Together, the two groups aim to create 80 Nextdoor workspaces by 2022.

Tom Carroll, JLL’s director of corporate occupier research, EMEA and UK, adds: “The workforce and work are changing and staff are very keen to embrace well-being in their offices. The office market remains very active, but real estate is being re-evaluated in terms of size, location and technology. Occupiers are very focused on the talent pool and the changing nature of what the office is and where it’s located.”

But signature office space also continues to define new areas of established cities. One such example is set to become the tallest office tower in Midtown, New York. One Vanderbilt is being designed by architect KPF to help in the transformation of the Grand Central district, joining the Chrysler Building and the Empire State Building as one of three landmark towers defining the city’s skyline. The base of the building will become part of the ‘spatial sequence’ of Grand Central and a gateway to the city, greeting thousands of rail commuters every day via an integrated complex of connections to the terminal, the new East Side Access and an active urban base.

In the UK, meanwhile, the partnership between Landid and Brockton Capital last year completed the UK’s first offices to achieve certification through the Well Building Standard. Chris Hiatt, Landid director, says of the 120,000 sq ft (11,148 sq m) office in Slough, called The Porter Building: “If you think well-being is just a fad, think again. That’s what they said about sustainability and now it’s mainstream. In five years, every new office will be seeking Well certification, just as today you can’t build an office without a good BREEAM score.”

Chris Hiatt:
“If you think well-being is just a fad, think again. That’s what they said about sustainability. In five years, every new office will be seeking Well certification”

“The quality of buildings is, thanks to live and collected data, becoming quantitative,” Cushman & Wakefield’s Katsikakis adds. “We’re able to measure the impact of air quality and lighting, for example. What we’re seeing with the new generation of offices is the first coming together of commercial real estate and HR.” 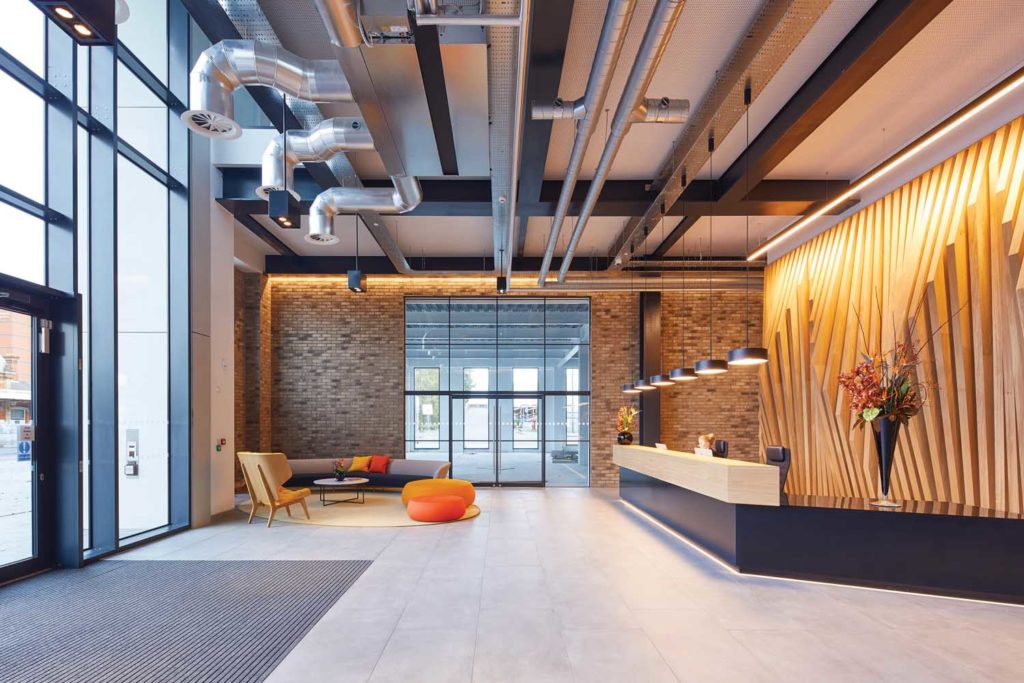 OFFICES OF THE FUTURE?

Research by Skanska and the Infuture hatalska foresight institute into working practices up until 2050 identified a number of key parameters for future office buildings:
For the people, by the people: Offices will be characterised by greater openness to accommodate the age, sex, experience and needs of workers. The local community will be increasingly involved, making use of the space after working hours.
In symbiosis with nature: All buildings will be green and make extensive use of solutions based on green infrastructure, such as terraces, roofs and facades covered with vegetation.
Independent and self-sufficient: Each building will become an autonomous unit, able to operate independently. Buildings will generate 100% of their own energy demand, protecting their operations from disruption as a result of external events.
Adaptability and flexibility: Flexible and not completely defined, office buildings will adapt to their users, both in terms of their shape and functionality, based on advanced technologies.
Invisible architecture: Buildings will become invisible for city inhabitants, blending with their surroundings and using technology to ‘disappear’ from skylines.