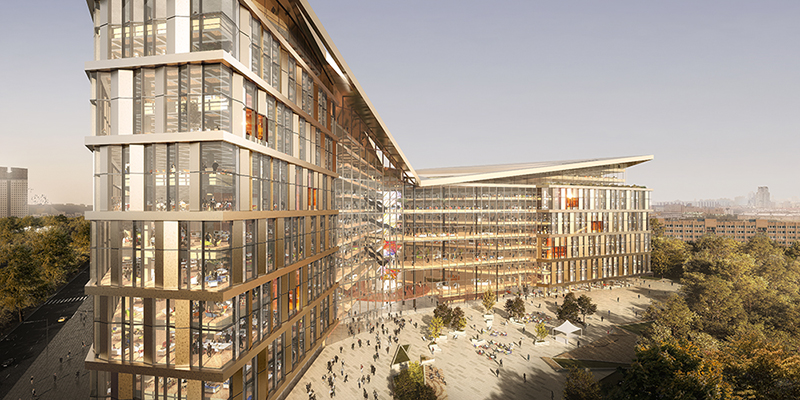 The evolving role of the architectural practice

MIPIM World talks with Lee Polisano, president and co-founder of PLP Architecture, about the need for change and the role of the architect as ‘facilitator’ of this change.
By Georgina Power on December 3, 2021 0 Comments

The role of the architectural practice has evolved to be about more than designing buildings and places, says Lee Polisano, president & co-founder of PLP Architecture. It’s also about being a ‘facilitator of change’ in the built environment.

As an example of the architect’s evolving role in our cities, PLP set up design research collaborative PLP Labs in 2019, ten years after the practice was founded in London. This led to a greater number of designers and ‘thinkers’ joining the group, from social scientists to computational researchers.

Traditionally, the role of the architect has been to filter the “wishes and desires” of those involved in creating and managing the built environment, says Polisano. “As architects, we touch upon every single discipline needed to create a building or a place.”

This role as a filter provides the architect with an oversight that puts them in a prime position to understand and to steer change, says Polisano.

As architects, we touch upon every single discipline needed to create a building or a place – Lee Polisano, PLP Architecture

At PLP, the launch of PLP Labs has broadened these connections and collaborations to include universities, researchers and specialists doing “interesting things”. Projects carried out so far include: 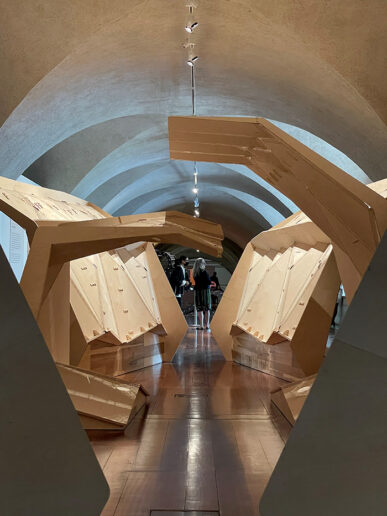 The role of the architectural practice as ‘facilitator of change’

Much change is needed in the real estate industry, in particular when it comes to the design and construction of sustainable buildings and places, says Polisano.

We are no further down the line in the creation of a sustainable built environment than 20 years ago. This is not so much because of architects or developers, but because of governments, he says.

It is very fashionable for governments now to have strong environmental policies, whether these policies are effective or even implementable matters little to the policy makers – Polisano, PLP Architecture

“Covid revealed a series of disconnects and failures between what governments told their communities that they were doing for them [in terms of the built environment], and which, in reality, they weren’t doing,” explains Polisano.

“It is very fashionable for governments now to have strong environmental policies, whether these policies are effective or even implementable matters little to the policy makers. What matters to a lot of people who make these policies is that they have a policy, and that they are seen to have a policy,” says Polisano.

The result has been inadequate investment in building resilient communities.  A resilient community, says Polisano, means that children are not locked up in their homes as they have no safe place to play; that you have access to proper health treatment in a clear-cut radius from your home; and that the elderly are not abandoned.

Incentives are the way ahead – not punitive measures

Faced by pressure from citizens to facilitate the change to create more resilient, sustainable communities, governments are resorting to punitive, regulatory measures rather than incentivising the industry, says Polisano.

If governments had incentivised industry over the last 20 years to be innovative, we would now have a mature and competitive supply chain prepared to address environmental issues – Polisano, PLP Architecture

“That means that industry is going to do as little as they have to so as to get to where they need to be in order to be compliant. This is not good enough any longer. If governments had incentivised industry over the last 20 years to be innovative, we would now have a mature and competitive supply chain prepared to address environmental issues.”

The real estate industry is trapped by a construction and supply chain that consists of dinosaurs – Polisano, PLP Architecture

“The real estate industry is trapped by a construction and supply chain that consists of dinosaurs when it comes to low-carbon solutions. This is the result of a lack of innovation and a lack of incentives to innovate. It is impossible to turn that dinosaur into a gazelle. You have to dismantle the dinosaur in order to transition it to being fleet-footed. It hasn’t happened yet, and now it is going to be really tough,” says Polisano.

Investors are driving the agenda for sustainable real estate

Regardless of what governments do, or what’s happening in the real estate industry, investors are investing more and more into ESG funds, says Polisano.

The last two clients hired by PLP have both sourced all their funding from ESG funds, he points out. One of those two new clients is COIMA SGR, which appointed PLP as part of a consortium to work on the regeneration of the Porta Romana railway yard in Milan. 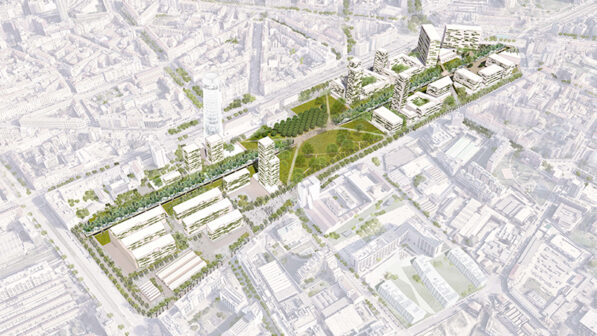 Porta Romana in Milan, where PLP is working as part of a consortium.

The project is financed by a real estate investment fund promoted and managed by COIMA SGR, and subscribed by Covivio, Prada Holdings and the COIMA ESG City Impact Fund.

“As always happens in the world, someone comes in and fills the void. That is what is happening now, and that’s good,” says Polisano with regards to greater investor interest in ESG.

The role of smart buildings in architectural design

The PLP-designed The Edge was named the ‘world’s smartest building’ when it opened in Amsterdam in 2015 as the new HQ for Deloitte in the Netherlands. The building had over 28,000 sensors. It was also the world’s greenest building of the time, with a BREEAM rating of 98.4. 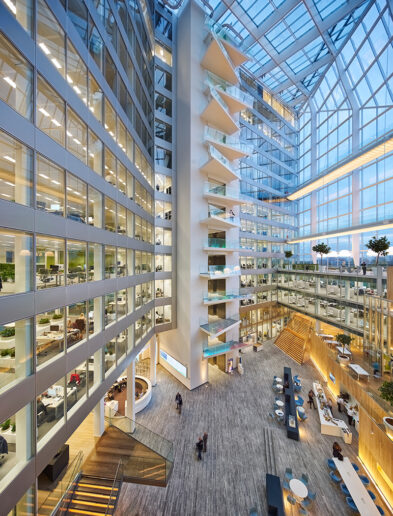 The Edge in Amsterdam ©Ronald Tilleman

The strength of The Edge, says Polisano, lies not in its being a smart building per se but in the commercial use of passive design principles (which work with the natural environment) and the connection of the building’s technology platform to create an “interesting and pleasant spatial narrative”.

“When you link up the technology platform [of a building]to allow you, for instance, to book a comfortable space in a garden setting or in an atrium, then the space becomes interesting and exciting and pleasant.”

It’s about: “I can spend some time in that place when the sun’s there, and if it is too hot I can go some place else, and I can use the technology to change my comfort level.”

“This also means that the building has a long life as people want to be there,” adds Polisano.

“As human beings we do things differently. We all perform at our highest level in slightly different ways. The traditional way of building a place for someone to work has gone. You no longer assume that everyone works in the same manner, and in a similar kind of space.

“It is the same with learning. It was assumed in schools that everyone learned in the same manner, so you had a classroom. Now learning is done in many different ways. “

Without the human side functioning at a healthy, efficient level, you can have all the green buildings in the world but your society will not be a sustainable one. – Polisano, PLP Architecture

While smart technology helps to systemise and standardise, creating “spatial variety and choice”, meanwhile, is an essential part of sustainability – important for human health, well-being, comfort and productivity, says Polisano.

“Without the human side functioning at a healthy, efficient level, you can have all the green buildings in the world but your society will not be a sustainable one,” says Polisano

Cities are for learning

Among PLP’s current projects is the design of a 170,000m2 smart headquarters for global tech firm Yandex in Moscow. The idea is to create a place for employees to have a “healthy and sustainable place for seamless work and recreation [and to]to inspire new ideas and ways of working”. 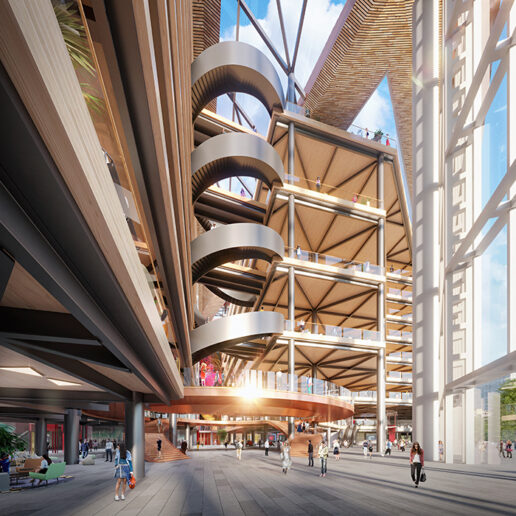 When MIPIM World asked Polisano – who was born in Atlantic City, New Jersey – about his favourite cities for living, London and New York were at the top of the list. He also mentions Milan: “A lot of things are happening in Milan, which will make it an interesting city in terms of what the future holds.”

The 24-hour cities of London and New York are his favourites because they have a “good offer and mix of culture, community and education”, explains Polisano.  And they provide the one “ingredient” that a city must offer – the “ability for inhabitants to continuously learn in some form or other about something”.

As the Henry Ford quote goes: “Anyone who stops learning is old, whether at 20 or 80. Anyone who keeps learning stays young.”

You may also be interested in Hala El Akl talking about creating a positive social impact through architecture.

Want to keep up with the future of the built environment? Join us at MIPIM in Cannes on 15-18 March 2021.