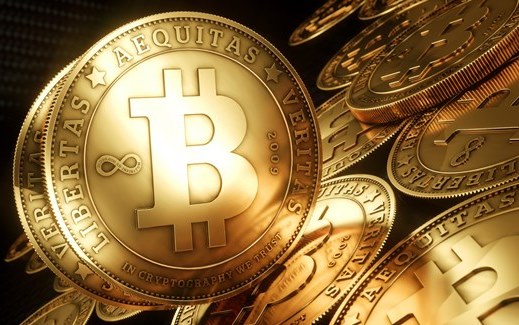 Should Landlords accept Bitcoin for rent?

Read the article on bitcoin and its use in real estate for rental payments, by Liz Henderson, USD MSRE Candidate.
By Liz Henderson on January 5, 2015 0 Comments

Bitcoin is a type of digital currency in which encryption techniques are used to regulate the generation of units of currency and verify the transfer of funds, operating independently of a central bank. It was first created in 2009 by an anonymous source and has since gained traction in the online community. Some of the positive aspects of using Bitcoin are that there is no middleman, meaning there is no bank involved. Because there is no bank involved, there is a level of anonymity and privacy that you wouldn’t have with a normal currency.  At the same time, because the money is not currently regulated, the governments are concerned about using the digital currency to avoid taxation and the lack of control over the supply of such a store of wealth.  One concern is that is could be difficult to fight crime if someone elects to use it for illegitimate purposes like the black market drug trade. Because of such concerns and the lack of any market regulation over supply, there is a perception forged by recent history that the intrinsic value of Bitcoin is highly volatile and vulnerable to sudden losses or gains in value.  Some people are concerned about liquidity and how to cash out large quantities of bit coin.

The appeal of Bitcoin: As an asset class investors from countries with volatile currencies like Russia or Argentina whose economies are experiencing high inflation may find it a much safer way to hold wealth than in domestic currency. There may be some definite advantages of holding Bitcoin in a diversified portfolio for these types of investors.  Still, the likelihood of accepting Bitcoin for rental payment would be very different between an individual apartment rental versus a large corporate office tenant.  There may also be situations where foreign tenants want to pay in a currency other than the domestic currency. This might make sense for some owners.

For investments purposes, or in a real estate application, the higher the risk the higher the reward. Perhaps if you are a real estate owner who is willing to accept the additional risk of Bitcoin fluctuation this may be a reasonable choice. Why not accept Bitcoin and possibly increase profits as Bitcoin gains in value. For certain countries this may make sense. In the US where our dollar is gaining strength globally this may not be the best choice unless it is an alternative to say accepting a foreign currency, or when the US dollar is reversing, Bitcoins might be more appealing.

There are already some landlords who accept bitcoin for apartment rent in the larger cities but most of these types of situations are a one off. I assume most single property operators have not heard of this type of money yet and are wary. It just hasn’t gained enough traction in its first 5 years of existence. But this could still change.

It could be beneficial for some commercial landlords to elect to collect rent in bitcoin to attract tech tenants. Tech tenants may be more likely to utilize this form of currency if they are in the gaming industry for example like Zynga. These types of tenants are probably more likely to be excited about the opportunity to pay some of their overhead with an electronic currency than say a traditional law firm. The tech industry is the strongest in the country right now so a landlord may decide to accept bitcoin to get those tenants in their buildings, especially if they are having trouble competing for lease deals against other buildings in the area who more amenities. The obvious benefit for the landlord would be the potential upside from volatility in the value because if they bought it cheap and it doubles then they are basically getting free rent.

A hurdle for gaining traction for accepting Bitcoin for rent is there are still many start up fees for collection. A tenant most likely would not want to pay these fees in addition to what they already owe as rent. Another potential negative is it could be difficult to get lenders to provide financing if you are accepting rent in Bitcoin. What would that do during an acquisition or disposition process? The liquidity of this currency has a definite downside.

Until there is easier process including eliminating the initial start up hassle and fee portion I don’t see how a US real estate owner would see the benefits outweighing the risks. Although Bitcoin presents a variety of opportunities that did not exist prior to its development, it has failed to convert investors concerned about its potential rate of adoption as an alternative currency.  Although the use is still growing, it doesn’t have a big enough presence yet to be mainstream. The unknown taxation policy is most likely a huge deterrent to some of the larger REITs. Possibly in the future when some of the major negative press issues and tax implications are ironed out, this could be something people are willing to gamble with.