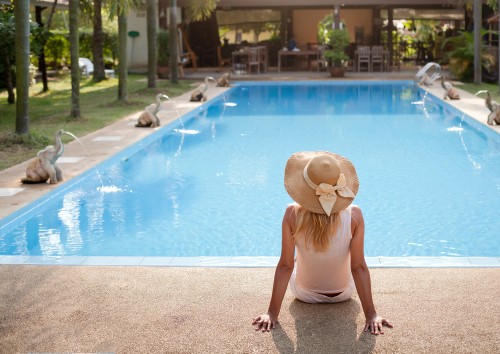 How are hotels responding to Airbnb types?

According to HVS, hotel-lodging demand has actually been increasing since 2010 and should continue to rise - challenging those that consider AIRBNB as a risk to the hotel industry.
By Drew Ector on September 9, 2015 0 Comments

While using residential and multi-family properties for vacations rentals is nothing new, the rising trend of using one’s home as a de-facto hotel can largely be attributed to websites such as VRBO, Airbnb and Flipkey. The hassles of marketing are largely handled by them, leaving only the extra troubles of management to the property owner.

This pattern is raising many questions, one of which is the impact this trend is having on Hotels and Resorts. Interestingly, despite the enormous growth vacation rentals are experiencing, hotel-lodging demand isn’t declining. According to HVS, hotel-lodging demand has been increasing since 2010 and another study completed by PricewaterhouseCoopers expects this trend to continue through the remainder of 2015.

Publicly both the hotel industry and Airbnb are attributing these statistics to the fact that they offer a completely different experience, something they both insist on. Following an interview with Mark Hoplamazian, CEO of Hyatt, Michael Santoli wrote that Hoplamazian has indicated he sees “no need for a direct business response to Airbnb, in part because it is offering a fundamentally different product than his branded hotels.” If both Airbnb and Hoplamazian are right, then it may be that Airbnb alternatives are creating net new demand for longer term less expensive more do-it-yourself lodging. B&B’s may be more affected than traditional hotels.

While hotel associations haven’t been publicly fighting for an end to Airbnb, they have been adamantly fighting for regulation, in their eyes to level the playing field. Interstate Hotels CEO Jim Abrahamson, chairman of the American Hotel & Lodging Association has said, “We’re not going to stop them, but they have to be regulated.” Airbnb seems to agree. Recently they have begun striking deals with municipalities to tax their guests and remit the payment directly, the same way other lodging establishments currently do.

Is there room for both actors to play by the same rules and offer their different products? Publicly both seem to think so, but only time will tell. Perhaps the battle is still in its infancy, or maybe it’s going to take our next deep recession for the fight to really begin.

Explore the housing theme at MIPIM 2016

The impact of Airbnb’s luxury apartments on London’s market

Drew Ector is a California licensed real estate agent and  LEED Green Associate currently working in the real estate and construction fields – primarily investing in distressed multi-family properties and repositioning them for maximum returns.   Drew is hands on in all facets of the business including real estate, construction, and finance.  A graduate student with University of San Diego’s MSRE program, Drew is looking to syndicate larger commercial projects upon graduation.  Drew’s previous experience has included working in policy positions for local elected officials, focused on public safety, the city budget, managed competition, pension issues, economic development, and labor relations.

The Ector Group is a family of professionals with a deep understanding and history of residential real estate. With backgrounds in construction, real estate and property management they are able to offer theiur clients a variety of services and comprehensively address their real estate needs.