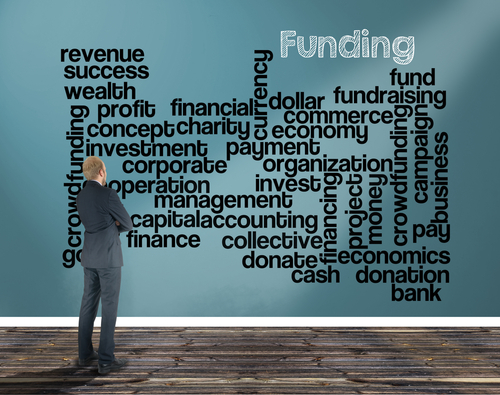 Heading towards digital disruption – things to watch out for at MIPIM

While preparing for MIPIM, I have been trying to grasp as much as possible of the general digital landscape where our industry is heading – what are the trends and drivers, who the relevant players are, and what all the disruption is all about.

There is a lot of buzz about digital disruption, and how it will eventually effect this industry, which is characterized to some extent by established legacy systems with poor usability, scattered data, and limited transparency of data. That being said, there remains a lot of business relations and transactions of substantial monetary value. Sounds like the way is paved for digital disruption the same way, which has been witnessed in so many other industries before. It is all about information.

Digital ’disruption’ comes in many forms and colors

While looking at MIPIM there appears to be a couple of subjects which stand out from the rest, and some, which are covered in MIPIM to lesser extent – if at all. An example of the latter is traditional exchange models, which e.g. realsource.eu of Nordic origin tries to capture. While commercial property transactions are in the hands of the few, can the model of exchange so successful in the consumer residential market be applied to the commercial side as well?

It is actually quite astonishing how few players have entered the arena. What are the thresholds for larger expansion? Should the business model be disruptive in its very nature or go with the existing conventional structure of deals and cash flow? At least Assetprofiler from Germany is pursuing a more closed club type of match making.

One of the traditional exchange models has always been ”cut the middleman and streamline the process”. One needs to understand that with this approach and value proposition, one usually stumbles on someone’s toes. Whatever the chosen strategy, be it clear and explicit in its execution, it must create superior customer value. In short, get the heart and soul of your customers in order to make ‘disruption’ happen.

You may think that crowdsourcing is just sort of digital version of pooling and sharing resources, which was so typical in Europe back in the ‘analog’ times of flourishing co-operatives. However, there is more than meets the eye – crowdsourcing contains a more profound change beneath the surface.

Crowdsourcing is platform for change shifting the very nature of conducting transactions from eclectic few to egalitarian many. Crowdsourcing has been flourishing lately. Practically everybody knows e.g. Kickstarter, which is one of the original ones referred often to.

Crowdsourcing in the Nordics were initiated by Fundedbyme.com and Invesdor.com, which both have financed a lot of ventures with quite some substantial funding. Fundedbyme has nowadays even started to compete with “traditional” financing, namely bank loans to SMEs, which is actually quite logical and natural move once you have the platform established and ready to scale. There has evolved globally numerous sites for sourcing funding though a crowd – practically for anything from ideas to entrepreneurs, e.g. crowdfunder.com being one of those among many.

Sourcing content information through the crowd is also reality nowadays, and indeed very hot topic, since the content market can be characterized to be oligopolistic in many countries controlled by few business information providers. Yet, the transparency and accessibility of the information is limited. E.g. Market rental levels and length of contracts is of interest to many. This explains the birth of startups disrupting this arena, some of them present in MIPIM this year as well.

Naturally, Americans were first to expand crowdsourcing to property financing as well, like realtymogul.com and fundrise.com, are US companies at MIPIM this year. I expect more players to enter this arena, not to mention the established crowdfunding platforms diversifying outside their core areas. Who will stand out from the rest, remains to be seen. I sincerely think that the market is big enough to cater for multiple players, if the targeted niche is well focused and well served.

Nevertheless, as I am capturing more of the digital arena I am even more excited to see presentations and exhibitors on site. But more on that to come in a few days! See you in Cannes

Don’t miss two conferences on this theme at MIPIM this year:

Towards the End of Ownership

The Power of a Crowd