Fine-tuning a different kind of leadership in real estate

Ronan Vaspart, director of MIPIM, sits down with Pascal Lorot, president of Institut Choiseul, to talk about the importance of recognising young leaders.
By Georgina Power on December 7, 2020 0 Comments

Each day, each year, the baton is being passed over to the next generation of young real estate leaders to create the cities of the future: places with the power to bring well-being and health for all, including for the natural environment

This September, as part of Paris Real Estate Week, MIPIM held the Young Talent Networking Lunch in partnership with the Institut Choiseul, the independent Paris-based think-tank.

The event was opened jointly by Ronan Vaspart, director of MIPIM, and Pascal Lorot, president of Institut Choiseul, and attended by some 70 young leaders.

Participants included laureates from the most recent Choiseul ranking of the top 100 young leaders in real estate and urbanism in France – Choiseul Ville de demain (City of tomorrow).

Also there, to take part in this session of discussion, inspiration and networking, were 30 Choiseul alumni – Choiseul laureates now over the age of 40. 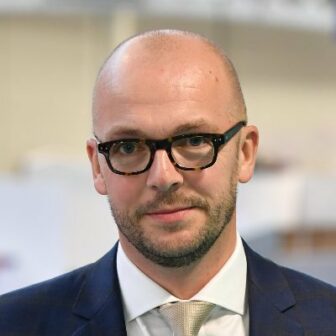 A few months after the event, Ronan Vaspart, director of MIPIM, and himself a Choiseul Ville de demain laureate, sat down – figuratively speaking given the present health crisis – with Pascal Lorot, president of Institut Choiseul, an institute whose rankings are helping to provide a platform for young leaders to grow, not just in France but also in Africa and in Russia.

Ronan Vaspart: Why did you choose the ‘city of tomorrow’/real estate for the launch of your first sector ranking in 2018?

PL: At Institut Choiseul, we focus on what is central: connecting people and ideas.  The launch of Choiseul Ville de demain came quite naturally: from our knowledge of the real estate scene and from the central position of real estate in the economy, as a way to improve how we live, work, commute and consume, and as a hub for economic growth.

What was the need identified among the young leaders for such a ranking?

The young leaders are looking for recognition, through a cohesive and public platform, and they are asking to be put in touch with each other.  Our added value, our ‘brick’ for the city of tomorrow, is that we create the group of young leaders, and then they talk. 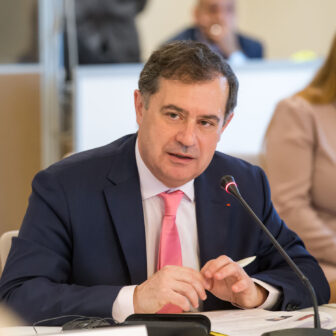 Why was 40 chosen as the upper age?

From the beginning, we used 40 as the upper age limit for all our rankings, including for Choiseul Ville de demain. So we have laureates ranging from 25 to 40, with a high proportion of 35-40 years old.  We chose this cut-off point because we wanted to bring in professionals who had had time to grow and become leaders, but still had a way to go business-wise. You could say they are at the mid-point of their career, in the best sense of the word: ready to reach even higher after consolidating their achievements.  Our goal is to promote professionals who have established themselves as leaders, who are shaping part of the narrative, and moving business forward.

Beyond our annual rankings, we aim to be a platform and to help professionals get in touch with each other, to create business opportunities. We always try to mix our networks, our list of attendees. The MIPIM Young Talent Networking Lunch is a great opportunity to connect the Choiseul leaders with an even broader pool of professionals within the MIPIM scene.

The MIPIM Young Talent Networking Lunch is a great opportunity to connect the Choiseul leaders with an even broader pool of professionals within the MIPIM scene.

Why is such an initiative to identify young leaders now more important than ever? Does this reflect how fast the world is changing?

They are the ones building the city of tomorrow and they are building it now. They are agile, they move fast, they invest, they invent.

There is indeed a need for those who want to understand the market to connect closely with young talents. They are the ones building the city of tomorrow and they are building it now. They are agile, they move fast, they invest, they invent. Choiseul Ville de demain aims to identify this new generation, putting their needs and their visions to the front of the scene.

What is ‘leadership’ in our current times?

Leadership, in the way we envision it and promote it, is not about making top-down decisions. The business world is indeed increasingly fluid, innovation comes at you fast and it very often does not come from the top, but grows from the side or the bottom. Legacy institutions can go under in a heartbeat and new ones consolidate quickly.  It’s all about fine-tuning a different kind of leadership: leading through example, through inspiration, through innovation.

It’s all about fine-tuning a different kind of leadership: leading through example, through inspiration, through innovation … You have to be open and transparent when you’re playing a role in shaping a city.

Innovation can achieve change by bringing everyone on board. A leader is someone who carries forward change and growth by involving everyone and doing it for the best of the company, the agency, the city itself. You have to be open and transparent when you’re playing a role in shaping a city.

What role can the over-40 leaders play?

We call our leaders who are over forty alumni.  Ideally, these alumni are mentors, helping the youngest laureates to grow their businesses and to navigate the real estate scene. They have accumulated wisdom and a useful perspective on growth, innovation, and the fundamentals of business. They themselves have grown, sometimes switched companies or jobs entirely, and they see the different sides of real estate.

What about those in the industry who are not chosen as the top 100?

It’s true of every ranking, of every network. There is an insider/outsider aspect that’s inevitable. In order to promote some, we have to make choices; that’s part of the game. Our idea is also to implicitly promote a company, a structure, an agency, through its founder or through one of its key employees. And we update our rankings annually, so the door is never closed!

You have Choiseul France, Africa and Russia. Are there synergies?

We absolutely look for overlap and for synergies. Our goal is to foster communities. We want people to get in touch with each other. Business opportunities and best practices emerge when you overlap.

Our French networks, such as Choiseul 100, Ville de demain, Sport & Business, benefit the most from this cross-fertilisation, for practical reasons and because of a higher frequency of events. But we make sure to bring people from our French networks to our African and Russian events, and vice versa. Ultimately, we think of ourselves as a platform for fostering ideas, and promoting people and talent in every direction.

We’re very excited to announce that Choiseul Ville de demain is turning into a full Choiseul Club, which means we’ll be hosting breakfasts and dinners with our Ville de demain network, starting 2021.  Breakfasts are usually held in the Cercle de l’Union Interalliée in Paris and are centred around a guest speaker and a theme. Even more opportunities to network!

Among other initiatives, we are consolidating our other French networks, by launching two Choiseul Clubs in the Hauts de France and Sud regions. Economic development is increasingly done at regional level and we want to be there for it, shining the light on regional talents and holding events there to get ideas flowing.

You may also be interested in ‘How are you embracing the convergence of tech with real estate?’  featuring Séverine Chapus, head of development for major mixed-use projects at BNP Paribas Real Estate, one of the  Choiseul Ville de demain laureates for 2020.