Sébastien Bazin, CEO & Chairman of Accor, shared his insight into the fast-evolving hospitality sector as a keynote speaker at MIPIM 2019. What can real estate learn from hospitality?
By Georgina Power on June 14, 2019 0 Comments

As well as becoming an important asset class in its own right, hospitality is now a beacon of best practice for service levels in the workspace, retail and residential sectors.

The industry, the world’s second largest, is growing globally by 3-5% a year; and the same levels of growth are expected over the next 20 to 50 years, as more and more people travel, said Sébastien Bazin, CEO & Chairman of Accor, Europe’s largest hotelier, in his keynote address at MIPIM 2019. 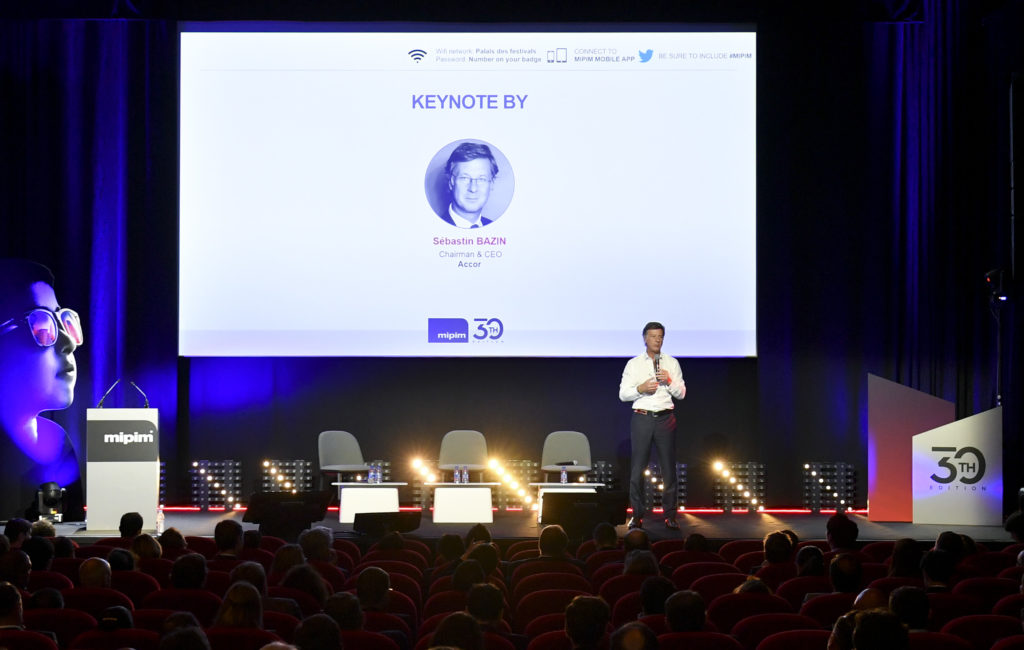 Here, we recap on what Bazin shared with the MIPIM audience, including his ambitious transformation of Accor over the past five years, to position the group as a digital innovator using ‘augmented hospitality’ to reach new ‘data points’.

Sébastien Bazin joined Accor, Europe’s largest hotelier, in 2013, having been on the Board of Directors since 2009. He has taken Accor through four ‘revolutions’… with more to come.

Accor is in bucket No 2 – the 8 gorillas

“Half of our growth in bucket No 2 [the 8 gorillas]comes from No 3 seeking protection from bucket No 2. They come knocking on my door seeking a franchise, thinking about partnerships … So, for the next 15 or 20 years, bucket No 2 is going to be fine because I will inherit greater market share from bucket No 3.

“For the next 15 or 20 years, [Accor] is going to be fine because I will inherit greater market share from bucket No 3.”

“Accor is the only group out of the 8 gorillas where probably the growth is the largest. Why? Because in the US, 70% of the market is bucket No 2 and 30% is No 3. Any place else on the planet, it is exactly the reverse.”

The importance of data points

“The foundations of Accor are super, super solid. We have all the means. We have almost 300 million clients. We have more than 4,800 hotels. And Accor is No 1 in 60 countries out of the 100 where we are present.

“If you want to compete, you have to increase your data points, your frequency of interaction with your existing guests.”

“But why is bucket No 1 so powerful? They have something which is unique – a frequency of interaction with their guests [via social media and search engines]which is huge.

“We see a client on average 2.5 times a year compared with two or three times a week [for an operator]in bucket No 1. To compete, you have to increase your data points – the frequency of your interaction with existing guests.” 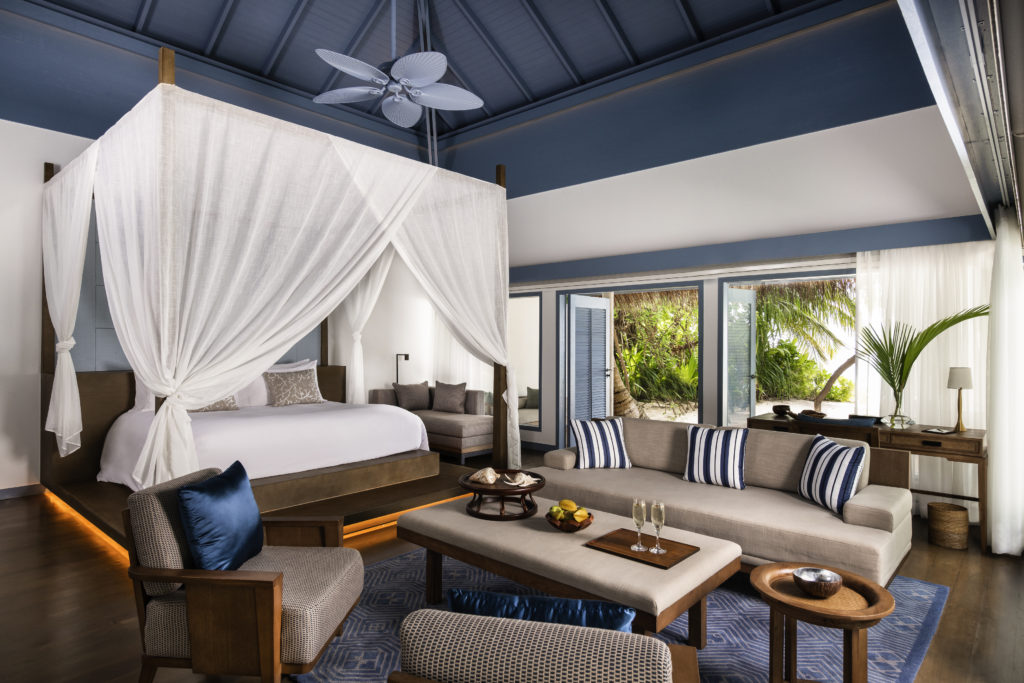 To increase these data points, Accor has been investing in and creating ‘adjacent’ start-ups. Bazin calls this ‘augmented hospitality’ – businesses linked to the travel space but not “in coalition with the room”.

The 12 ‘bricks’, or companies, already acquired by Accor, and part of the group’s vision of ‘augmented hospitality’, include:

ALL – bringing you food, entertainment, sport

All Accor’s 12 ‘bricks’, or start-ups/companies, in augmented hospitality will be part of ALL, Accor Live Limitless, Accor’s new lifestyle loyalty programme, which also brings in the Group’s booking engine, and is due to go live by the end of 2019.

When Accor asked its customers what they wanted from a hotel or travel company, they said: “Something to remember, something personalised, something to talk about back home.”  What were the top three experiences sought? Food, entertainment and sport.

So, ALL has signed partnership agreements with, among others:

On being asked about smart rooms …

“I’m a great believer that you’re going to see more and more people who want to disconnect. What matters most is not the room anymore; the room technology is going to permit you to do whatever you want to do, but it’s irrelevant.

“What matters most is something you cannot do technically – meet the customer.”

“What’s relevant is the experience when you travel to a destination,” said Bazin. “It’s the service, the people welcoming you with a smile; it’s about finding out about the special exhibition, going to the hotel restaurant to find that the local people go there because it’s so fun.”

Bazin concludes: “What matters most is something you cannot do technically … Bucket No 1 is tech savvy but they never ever meet the customer.”