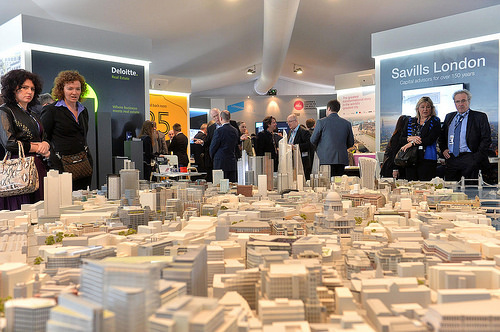 MIPIM 2015 will see a significant rise in attendance from European territories as well as the United States and Canada. Discover what these countries will have in store this year in Cannes!
By MIPIM World Blog Team Blog Team on February 17, 2015 0 Comments

With one month to go until MIPIM opens for business, key European countries including Germany, the United Kingdom, Belgium, the Netherlands and France are bringing new cities, new public and private partners and new regions to the world’s leading real estate event. Organised by Reed MIDEM, a subsidiary of Reed Exhibitions, MIPIM, the World’s Property Market, will be held in Cannes from 10 to 13 March 2015.

“MIPIM acts as a valuable barometer for real estate professionals around the world. The growing attendance from Europe and North America is a positive signal which bodes well for a very active 2015 event featuring a full range of projects and innovations on the booths,” comments Filippo Rean, Real Estate Director at Reed MIDEM.

The German delegation, traditionally one of the largest at MIPIM, is on the rise this year with new public and private sector exhibitors. They include Bilfinger Real Estate GmbH, DG Hyp bank and Recontrol Immobilien und Baubetreuung. Public sector exhibitors include the newcomer EuroDistrict SaarMoselle, a Franco-German cooperation initiative aiming to build a cross-border conurbation to better address the challenges of a radically-changing region. Also worth noting is the creation of a new “German Cities & Regions” pavilion bringing together the city of Nuremberg and the Bodensee region, both of which have attended MIPIM for several years. This presence complements the historical participation of the 10 biggest German cities that will all be at MIPIM with their private partners.

Belgium has also always been a staunch supporter of MIPIM, with over 1,000 visitors expected from all key real estate segments. The Belgian regions pavilion, launched in 2014, is expanding to 150 m² this year bringing together stands and a conference room for sessions dedicated to the Belgian market. The Wallonia, Flanders and Brussels regions will present a range of development projects on their respective booths, including the Blue Gate logistics hub in Antwerp (making a comeback to MIPIM) and the Wintercircus mixed development project in Ghent. As well as public authorities, other key players in Belgian real estate will be attending MIPIM 2015 including the developer Ghelamco, active in Eastern Europe, and the renowned architectural firm Jasper Eyers, which is developing projects across all real estate sectors on an international scale.

According to Colliers International’s Global Investor Sentiment Report 2015, the United Kingdom is the preferred European destination for real estate investments. British participation is set to grow significantly in 2015, with the presence of large towns from counties such as Northamptonshire and Lincolnshire which are exhibiting for the first time on their own booths. London, Manchester, Liverpool, Leeds and Birmingham, long-established MIPIM attendees, are all increasing the size of their delegations this year including public and private partners such as ABP London and Stanhope Plc . Participants will also be able to discover the urban regeneration model that will be showcased on the City of Cardiff’s stand with the aim of attracting investors.

The Netherlands is also stepping up its presence at MIPIM this year. Among the major Dutch cities attending, Amsterdam, The Hague, Rotterdam and Haarlemmermeer, will line up alongside their private partners such as the investor Syntrus Achmea and the developer Dura Vermeer. At MIPIM 2015, Amsterdam, Elsevier and the Urban Innovation Network (UIN) will reveal the results of a study on the competitive advantages of the city of Amsterdam. This report will serve as a basis for the city’s future policy discussions, and urban development and investment opportunities.

France’s major cities will be represented in Cannes along with new exhibitors, including the hotel group Accor SA, the National Council of the Order of French Architects and innovative companies such as UTC Building & Industrial Systems, Arforia and Kaliti. In late 2014, the city of Paris launched its Reinventing Paris call for innovative urban projects, with a selection of 23 sites where real estate professionals can express their talents and develop outstanding projects. Reinventing Paris will be presented at MIPIM by Deputy Mayor Jean-Louis Missika on the Greater Paris Region pavilion, where delegates can discover the Paris sites in question, such as the Voltaire electrical substation (11th arrondissement) which is expected to be transformed into a cinema, the Massena station (13th), and the Pershing median strip at Porte Maillot (17th) due to host a new building.

Discover all the regional pavilions exhibiting this year at MIPIM!

North America is also expanding its visibility at MIPIM this year with the participation of key players from the United States real estate sector. Initiated by the NAR (National Association of Realtors), the new USA pavilion will bring together numerous exhibitors including local and private real-estate associations such as those from Miami, Birmingham (AL) and the state of Illinois. Real-estate heavyweights such as Lennar International, one of the largest developers in the United States, as well as digital start-ups such as CompStak, VTS and Realty Mogul, will be first-timers at Cannes.

Canada is also making a high-profile appearance, with a “coast-to-coast” offering including, for the first time, a Canadian pavilion featuring 16 municipalities from the West (Alberta), Centre (Ontario and Quebec) and East (Island Prince Edward Island and Nova Scotia) of the country. The city of Montreal will highlight 10 key regional players and showcase a new phase of its “Quartier des Spectacles” development project, originally launched at MIPIM a decade ago. Similarly, at the initiative of the EDCO – Economic Developers Council of Ontario – 12 cities and regions of the province of Ontario will participate at MIPIM via their Economic Development Department to present more than 20 real estate projects. Alongside such major Canadian investors as Ivanhoé Cambridge, Oxford and Morguard (all MIPIM regulars over several years), newcomers such as HOOP, one of Canada’s largest pension funds, will be attending the event.

A great programme ahead you just can’t afford to miss…
Hurry up and register before March 1 to benefit from the early-bird rate!