Women opened up the day at the REWIRE breakfast while a record number of investors met for open discussion with local and public authorities. The evening closed with an exciting Awards Ceremony attended by cherished UK footballers, including Rio Ferdinand.
By Johannah Cantwell on October 20, 2016 0 Comments

MIPIM UK woke early for breakfast at the Olympia today! REWIRE organised a special breakfast to bring women in property to the forefront of the industry by addressing “The changing perceptions of success”.  Moderated by deputy editor of Estates Gazette, Samantha McClary, the session revealed that there is a whole new generation now working its way through the ranks in property.  Chief Financial Officer of British Land, Lucinda Bell, reminded women, “In the 80s it was standard as a female not to expect to be treated equally. It’s great to see that’s changed”.

Meanwhile, an unprecedented number of investors gathered for the Investor’s Breakfast and Lunch, as well as several discussions on investing in uncertain times – and what segments to look to in the future.

Great to be @MIPIMWorld to see exciting housing plans from across the country #MIPIMUK pic.twitter.com/3XeJ1aeRB7

Global Head of research at PGIM, Peter Hayes, calmed fears by suggesting that there will still be plenty of investment in the UK. However, knowing that values are set to fall further, how long should investors wait? Many investors are interested in distress, but the truth is, there isn’t too much distress to be found at the moment, says Hayes. He then outlined various opportunities in these challenging times. “There is often a tourism boom that accompanies currency weakness, driving spending in retail areas. Other possibilities lie in wealthy cities with a younger demographic. Debt markets also look attractive, offering strong long term dynamics with productivity growth forecast stronger than recent history”.

Peter Hayes of @pgim says to investors explains while we are in wait and see mode- income and income growth are still in tact #MIPIMUK pic.twitter.com/h3SXIXyIb1

Affordable student housing and senior living establishments are also a solid investment moving ahead, as are other housing trends that integrate humanity at its core. Paul Richards, head of European Real Estate at Mercer said, “In 30 years, there will be forms of real estate that don’t exist now and people will make money off of them”. Dirk Bootsma, Senoir Investment Manager Private Real Estate of PGGM, mentioned investing in such small scale developments, stating that it is a safe and secure area to invest in.

The afternoon displayed an all out “Battle of the Regions” with 3 separate panel discussions on development opportunities in the Nothern Powerhouse, Midlands Engine and London.

Robert Davis MBE & Jules Pipe on #BattleOfTheRegions: “All regions depend on ea. other – success breeds success across the country” #MIPIMUK pic.twitter.com/10rOwdFl2P

The day ended with an exciting visit from footballers Rio Ferdinand, Bobby Zamora and Mark Noble , for an up close and personal on their LEGACY project to create affordable housing. Watch their talk here. They then presented the winners of the MIPIM UK / Estates Gazette Visionary Awards. 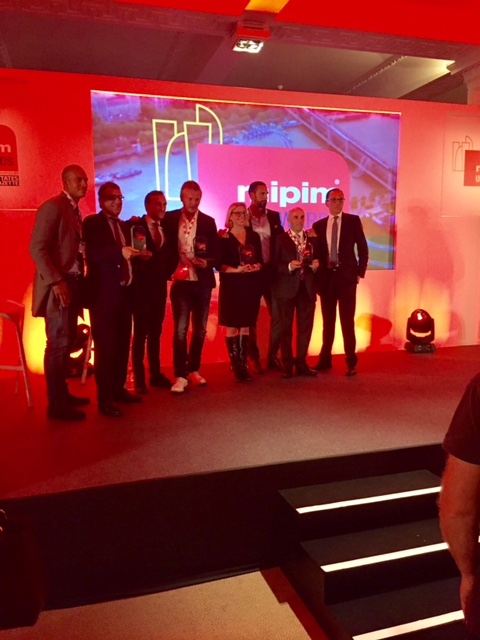