Why Coworking is here to stay

What began as a cost-effective means for self-employed persons and startups to rent work space and share office amenities has evolved into “a full-blown industry that has disrupted the real estate industry and the way people work.”
By Brian Jacobs on March 7, 2019 0 Comments

“Coworking space” as a formal concept in commercial real estate, is not new. In fact, the practice of freelancers and entrepreneurs working alongside each other in community-centered workspaces has been recognised as coworking for almost fifteen years now.[1] [2]

In their latest research on the subject, Colliers International reported that there are over 140 different active coworking operators in the United States alone, covering 19 markets and 27 million square feet of workspace. Though this still represents a small portion of the total existing office space in commercial real estate, coworking is now an established part of the commercial real estate industry and “has become an integral space option for most businesses, be they large or small.” More and more companies are entering this space market every day. And while the coworking segment has grown exponentially in the US over the last several years, the growth outside the US has been even more extreme. 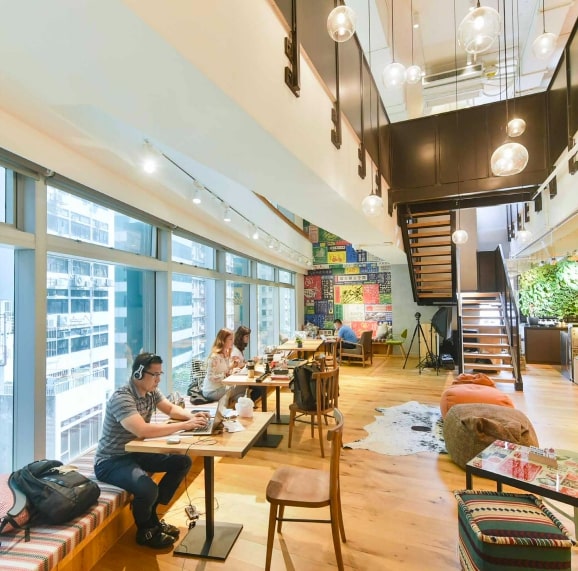 The things that have traditionally made coworking (alternatively, “flexible” working) spaces so appealing are still very relevant today. Coworking spaces are conducive to innovation, collaboration, and productivity, and the evolution of them is spawning a new approach to design, “a trend which is catching up among real estate developers, landlords, and companies”. Today this is translating to a redesign of work environments in general to accomplish a number of things: to accommodate new technologies; to be flexible in terms of offering collaborative spaces but also private breakout rooms and offices; and to be informal, unique, and ergonomically friendly.[3] These new design features have broad appeal with the future workforce of Millennials and Gen Z’ers who don’t want to be confined to a desk or cubicle environment. As a result, the design trend that had its start in the early coworking environment has now begun to influence regular (non-coworking) spaces as well.

In addition to enhanced design, coworking offers flexibility in leases, like shorter lease terms, and desirable shared office amenities. If landlords offered short term leases directly, they would have trouble financing properties but using a duration intermediary, like The We Company solves this problem.  Coworking is now mainstream, allowing short term leases for tenants and provind flexible space needs.

Coworking is indeed a global phenomenon that has become its own sub-sector in the commercial office real estate market. As of 2018, there were an estimated 14,411 coworking spaces in the world, growing at a rate of about 200% over the trailing five years. Over 10,000 of those spaces (approximately 27 million square feet in total) are in the US, with about 40% of that located in New York City. 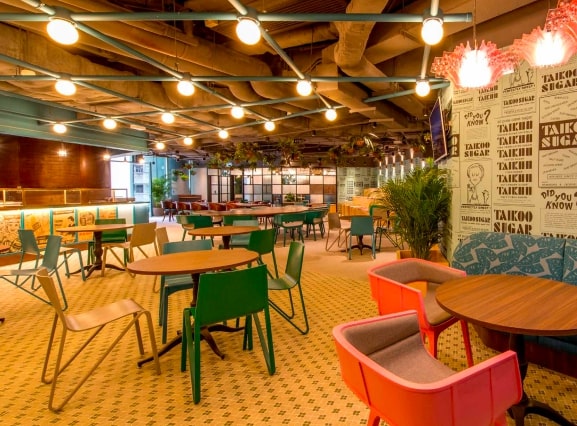 Currently, there are only a few players who dominate the market. On its own, WeWork (recently rebranded as The We Company) currently maintains about 45% of the flexible office space market in the United States.[4] WeWork is the biggest landlord in Manhattan, and is also the largest corporate office occupier in Central London. As well, WeWork has a significant presence abroad in countries like China, Australia, Germany, France and Japan.[5] Other significant companies in this space who are competing with WeWork include the likes of Regus and Knotel or boutiques like BAP, PAE and “Share Your Office” in France. In addition to these, there are other recognizable brokerage names who are just starting to play in this space. For example, CBRE and other big commercial real estate brokers are now trying to help landlords bypass middlemen like WeWork with their own coworking departments. Their goal is to offer the same type of services that WeWork and Knotel do, but through partnerships with the brokerage firms that help the landlords maintain their relationships with their tenants.[6] To this end, CBRE recently created a new company named “Hana,” which has as its first client a landlord in Dallas’ PwC tower, scheduled to open this year. Under such agreements, CBRE and its landlord clients will typically share in the expense of designing and building the space, as well as the profit from operating it, while CBRE and its partner will both be involved in negotiations with the occupiers of the space.

Coworking has been a game-changer. With an explosion in the number of coworking spaces around the world, the flexible office space market is having a significant impact on construction and design of the modern workspace. The growth is such that if coworking in Los Angeles continues at its current pace, for example, companies that provide coworking spaces will surpass the leasing activity of the legal, government and insurance sectors there in 2019.[7]

It should be noted that the vast majority of coworking space came online after the last recession, so it’s not quite clear how this market will be impacted by the next (inevitable) slowdown in the economy. However, because of its nature and flexibility in lease terms, coworking space will undoubtedly thrive. Actually, coworking space very well may “provide a buffer to landlords as occupier clients put a premium on flexibility during a downturn.” Of course, Millennials and Gen Z’ers, being the voice in the new workforce, may have a say in all of this, however, it seems that coworking’s market share has not come close to approaching its limits.

Brian Jacobs is an attorney and a MSRE Candidate at the University of San Diego. Mr. Jacobs will be attending MIPIM and assisting with conference coverage