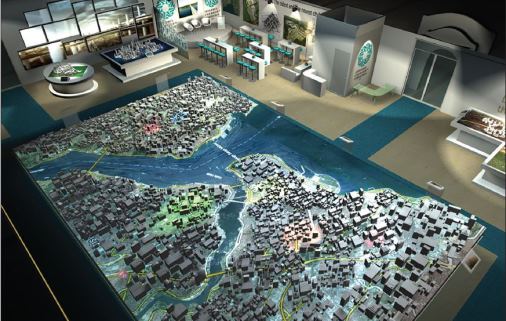 This year, Turkey will be presented at MIPIM with an exhibition area of 430 sq m.
By Graham Parker on February 23, 2015 0 Comments

A SERIES of special projects, including a Turkish Pavilion, is planned to promote Istanbul and Turkey at MIPIM 2015. These initiatives are intended — and expected — to attract international real estate investors to Turkey.

Due to the increasing power of its economy and corporate sector, Turkey was elected as
Country of Honour twice in successive years — a first for MIPIM — making the country the centre of attention at MIPIM 2013 and again in 2014. Turkish companies and organisations are building on this exposure and will have a considerable and sizeable presence again at MIPIM 2015.

Turkey has long been among the top 10 regular MIPIM participants. This year, the centrepiece of the Turkish presence is the Turkish Pavilion, which has an area of 430 sq m. And as in the past, this year there will be also special conference sessions dedicated to Turkey.

Istanbul remains Turkey’s commercial powerhouse. A number of the city’s ambitious projects, both recently completed and planned, will be presented in the 300-sq m Istanbul Tent. The Istanbul Chamber of Commerce will also host the opening reception party for MIPIM 2015 participants at the Intercontinental Carlton Cannes on March 10.