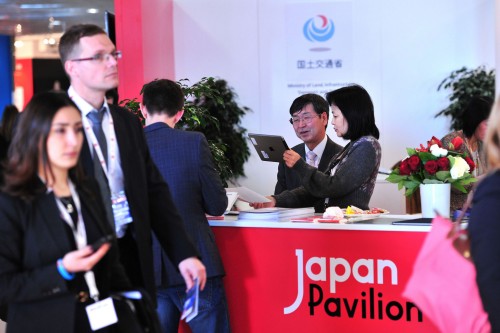 Much of the development will take place in parallel with preparations for Tokyo’s 2020 Olympic Games, states Japan’s vice minister for land, infrastructure, transport and tourism.
By Graham Parker on March 23, 2015 0 Comments

Foreign inward investment is now “one of the pillars of the Japanese government’s growth strategy,” a MIPIM conference session heard. And reflecting this new openness, MIPIM 2015 saw an increased Japanese presence.

Kenzo Corporation president and CEO Leonard Meyer zu Brickwedde said both MIPIM and the forthcoming MIPIM Japan have a role to play in providing provide market intelligence and increasing the transparency of the Japanese property market to potential investors.

“As the Olympics approaches Tokyo will change and it needs investment and participation from you,” Ishii told MIPIM delegates. And he pointed to a number of major infrastructure projects that in the pipeline including a maglev train line from Nagoya to Tokyo and the completion and improvement of Tokyo’s three-ring road system which will improve both travel and logistics.

At the same time the city of Tokyo is developing a strategy to restore its reputation as an international financial centre , according to Yoshifumi Iitsuka, coordination director in the Tokyo Metropolitan Government’s Bureau of Urban Development. New special planning zones with relaxed restrictions and streamlined planning processes are being created to make it easier for overseas companies to obtain the property that they want.

But while new opportunities are emerging for overseas investors in Japan, it is not just a one-way flow of capital and Japanese investors are being encouraged to reciprocate by playing a bigger role in the global markets.

Takashi Tsuji, president and CEO of Mitsubishi Corporation’s Diamond Realty Management confirmed that Japanese investors are looking to place both equity and debt offshore. “A lot of Japanese capital is moving overseas so we are going to be selecting asset managers and assets,” he said.

Diamond Realty – or DREAM as it is known – has $4bn (€3.7bn) of assets under management. As Japanese investors start to look for yield rather than just capital preservation Tsuji detects a shift away from the traditional core office markets. In fact DREAM’s own funds are underweight in offices at just 15.6% of assets, while 38.5% is in logistics and 28.7% in retail. “Japanese investors have widened their scope since the world-wide financial crisis,” Tsuji said.