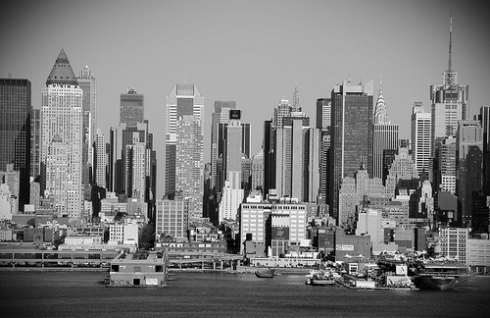 As occupiers look to squeeze efficiencies out of their buildings, some are finding that innovation can deliver better performance, without breaking the bank.
By Joanne on February 8, 2012 0 Comments

The next few years will see more and more occupiers looking hard at their spaces, primarily prompted to do so by a significant number of lease expiries. Increasingly, informed tenants in the market will be attracted to spaces which are sustainable, flexible and able to cater for a variety of working practices. And architects will have their work cut out responding to this changing market.

One such is international design practice Hassell, whose head of architecture Tony Grist says that what at first might look like a less efficient space configuration can in fact support new and varied workplace requirements and maximise the value of space.

An example Grist points to is the ANZ Centre in Melbourne, Australia, a new headquarters building for a large bank Hassell completed in 2010. Here the practice succeeded in increasing the proportion of shared space up to 50% to allow for migration to flexible work practices, post-completion.

The client wanted to attract and retain the best workers, creating a variety of collaborative and flexible workplaces. “Although that increased the spatial efficiency of the building”, says Grist, “the major achievement is the increased effectiveness of people and teams with a dramatically improved expression of shared culture and values.” The building was delivered as a bespoke scheme, but was designed to be adapted, catering for potential future tenants, or for subdivision and multiple entries, as if it were a speculative building.

Still in Australia, this time in Adelaide, Hassell’s work had a demonstrable impact at a project known as the SA Water House building. A study by DEGW found that the scheme reduced sick days by one day per person per year for the tenant and increased the client’s attractiveness as an employer, measured by the fact that graduate applications rose from 12 to several hundred per year.

It helped too, anecdotally, on things like staff pride and communication between departments. The key to achieving that, says Grist, was a highly integrated collaboration between tenant, developer and integrated architectural and interior design team. “This collaborative approach will be ever more important in responding to the requirements of our future workplaces”, he says.

Paul Katz, director at KPF, agrees that the way that occupiers now use the spaces they have is the key move towards a greater efficiency in the workplace. “Hard pressed occupiers aren’t exactly moving, are they?” he says. “You could argue that the way that we use space is changing with technology and people are looking at how to make their occupants more productive. And the way we work is different.”

By way of an example, Katz points to the building KPF completed last year for KPMG at Canary Wharf. “There are more people working in the building than there are desks, but the quality of working in the building has improved over where they were before, so efficiency and productivity doesn’t necessarily have to come at the expense of comfort and the enjoyment of the building. In fact, if you have the right environment and you’re getting what you actually need, users can benefit, and so can the corporation.”

Not everyone needs a desk space solely for themselves so there is more desk sharing, more areas in which to meet people, and more atrium spaces. Flexibility – the ability to adapt a space to meet a multitude of users’ needs, is proving to be a much sought-after commodity. “It’s basically using technology to improve your quality of life and productivity”, says Katz. “That helps the individual, the clients definitely like it because it’s a fun place to visit, and time spent there is more productive.”

Successful corporations are looking at new spaces and how they will use their spaces in the next 10 years. A case in point here is the new headquarters building KPF is designing for Coach at Hudson Yards in New York. The luxury leather goods retailer recognises that it can keep the ambiance and character of its current ‘industrial’ building but move into a new premises which will be “even more open, even more flexible, and even more loft-like, if you will”, says Katz. Coach will take the attributes they like in the current space and ‘magnify them’ in the scheme, which is the first part of the 500,000-sq m project, and which will be shown at this year’s MIPIM.

Katz also points to the trend of a greater emphasis on the creation of mixed use buildings as an important one in allowing greater efficiencies, as well as the creation of more developments next to public transport as the private motor vehicle becomes less important. “Basically, companies are going to where the young people are, and young people aren’t as obsessed about owning cars anymore. That’s a big demographic shift. Young people are different today.”

The new Coach office is again an exemplar in this respect: it will occupy the building at the northern end of the High Line, at the heart of the Hudson Yards south tower complex. “More and more users understand the benefit of a mixed use project and of the benefit to their staff of being part of a vibrant urban environment”, says Katz.  Demographics, too, are becoming more multi-national, and multi-lingual, with many more kinds of lifestyles in the city, all of which creates an opportunity for mixed use developments. “I think there’s going to be more of that”.

Vincent Lottefier, CEO of corporate solutions EMEA at Jones Lang LaSalle agrees, saying that CRE leaders need to think creatively about their existing office space. “They need to drive greater productivity from their existing portfolio by focusing on the workplace and underlying working styles” he says. “Squeezing more value from existing floorspace may for many be the only real solution in a market short on quality supply.”

So the answer is a greater degree of the ‘less is more’ approach, getting greater efficiencies from existing stock, in part stimulated by the times we live in, but also by simple good sense.

Katz again: “Sometimes austerity, or careful planning, leads to a better environment. Very often in times of excess, one designs things that not only are they expensive but they are not that useful or that productive. Good design is basically reducing things to their essentials and making choices and decisions of what makes sense. It’s just intensified now because design, time, and people are more important than ever.”

For more innovation in building, take a look at the dedicated programme at MIPIM 2012!

Why not check out the MIPIM 2012 conference, “Corporate occupiers’ changing demands and how the real estate sector can take advantage of these trends”?