Flexibility, lending and amenities: The future of coworking from different angles

The fact that coworking is here to stay came as an answer in unison from leaders of
Blackstone, Citibank, Barclays, Hines, Cushman and Wakefield, Morrison & Foerster
and Fisher Brothers. As seen from different angles, this disruptive phenomenon
poses opportunities as well as challenges to prove the long-term sustainability of
its business model.

“When we think about the future of office, it is about flexibility and service – it is almost
like the ‘hotelization’ of asset classes. The level of amenities expected is higher” said
David Steinbach from Hines. The increased focus on amenities in real estate is not new
and it seems to be the norm in most asset classes today. However, in the office space,
this statement remains as relevant as ever. “We are on the opening act of a multiple act
play about what is happening”, he affirms.

Kenneth Fisher from Fisher Brothers built upon this opinion, saying that “coworking has
changed the way corporations are now designing space, as well as the way landlords
now look at space”.

When asked about the sustainability of coworking, speakers seemed to agree that the
decision is being led by companies’ balance sheet accounting. “The ability of coworking
to provide flexibility for the workforce is one aspect, but the ability to keep real estate
off balance sheet is another part of that”, said David Bouton from Cushman Wakefield.

The second panel of this session featured executives from Blackstone, Barclays and
Citi Bank, who explored the concept of coworking from a lenders’ perspective. 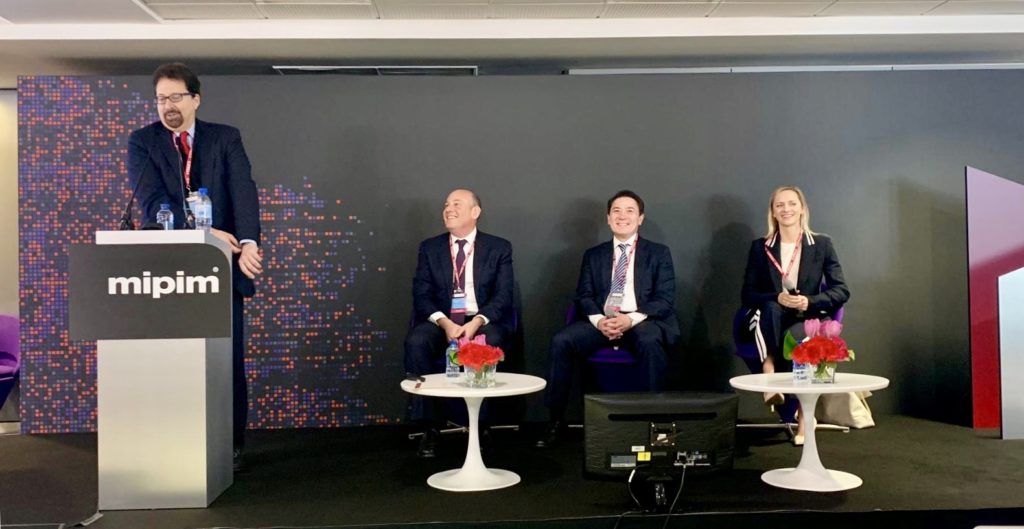 “[Coworking companies] have longer-term leases that are mismatched with the shorter-
term tenancy that rents their space“, said David Bouton from Citigroup, “it still remains
to be seen but I think they diversified away from just two people that need a little bit of
space into tenants with more staying-power and the capital who can survive a downturn
and who are more likely to remain in the space.”

Speakers agree that coworking is becoming more innovative in terms of mitigating
risks that could lead to more opportunities for lenders, while still remaining a strong
concept that appeals to tenants, employers and office owners alike.

Rocio Budetta is a Master of Science in Real Estate candidate at the University of San Diego. Her experience includes working in real estate development in Buenos Aires, Argentina. Previously, she worked in the financial sector in Washington, DC. She received her BA in International Studies from the University of Miami.