Cities’ collaboration is vital for resilience

How are cities becoming more resilient through collaboration and multi-stakeholder partnership? We talk with Alice Charles of the World Economic Forum.
By Georgina Power on June 15, 2020 0 Comments

Cities have been the “unsung heroes” in the frontline of the response to Covid-19.  As many of them now tentatively emerge from lockdown, the focus is on recovery and how to rethink cities collaboration to make them more resilient to future shocks – climatic, economic and social.

Currently more than half, and rising, of the world’s population live in urban areas, compared with the mere 14 per cent in 1920, the final year of the Spanish flu epidemic. Cities have come to be at the epicentre of what it means to be human.

Since the turn of the century, as issues around climate change and rapid urbanisation have been pushed to the fore, global networks have sprung up, including the likes of: 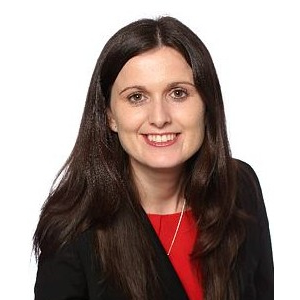 MIPIMWorld Blog talked with Alice Charles of the World Economic Forum about how the future of urbanism is one of collaboration – between city authorities, the private sector, civil society and academia.

Charles is the project lead for cities, infrastructure & urban services, one of the World Economic Forum’s 19 platforms looking to shape the future of the world.

MIPIMWorld Blog: How important is collaboration between cities?

Alice Charles:  Global collaboration between cities is critical.  These collaborations allow cities to come together to share their experiences, their plans and their successes. This then helps them shape better policies.

One mayor, for example, always asks fellow mayors: “Tell me about something you’ve implemented for a relatively low cost and that had a huge return on investment. Tell me what problem it is seeking to solve.” He then looks to replicate this in his own city.

You launched the Great Reset on 3 June, a new initiative by the World Economic Forum and the Prince of Wales to guide decision makers to a more “resilient, sustainable world beyond coronavirus”.  How crucial is collaboration between cities for the success of the Great Reset?

Part of the mission of  the World Economic Forum is to create a platform where we bring all these multi-stakeholders together.

Can you give us an example of multi-stakeholder collaboration in which the Forum has been engaged?

Jan Vapaavuori, the Mayor of Helsinki launched the Helsinki Energy Challenge earlier this year to help decarbonise the city’s heating.

[Currently, more than half of the city’s heating runs on coal.  The one-million-euro challenge competition is in answer to the question: How can we decarbonise the heating of Helsinki, using as little biomass as possible?]

He sought solutions from a consortia of multi-stakeholders, with partners including academic institutions [for the latest research], businesses and start-ups [for the ability to scale], and cities and organisations from around the world [to share learnings]. We see a lot more demand for this type of initiative.

The Forum also works on joint ventures. Can you give us an example of this?

As Covid-19 began to spread across Europe, Professor Carlo Ratti [Professor of Urban Technology & Planning Director, SENSEable City Lab, MIT, and founding partner of design office Carlo Ratti Associati] came to us with the idea of converting shipping containers into ICU [intensive care unit] beds.  We helped put together a consortia of companies in engineering, construction, health technology, logistics, design and media, as well as banks. Now the pods are in locations around the world.

[CURA was first designed as open source and then developed as a protype, all in just four weeks. The first CURA was installed in April in Turin, one of the world’s hardest-hit regions for Covid-19.] 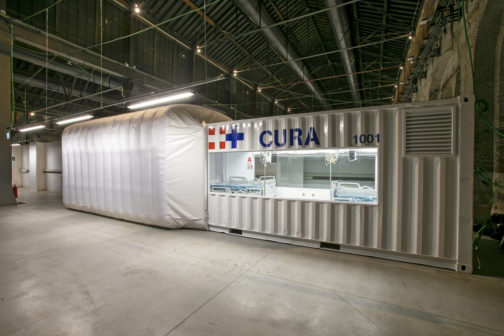 A CURA pod, made out of a shipping container (photo: Max Tomasinelli)

To what extent has the pandemic affected the role of cities?

Covid-19 has shown us the importance of cities; they are the local actors that get things done. However, the cities that I speak with are in dire financial straits. They have been haemorrhaging money during the pandemic.

“It is not only thinking about how cities build back better,  but also: ‘how do we get alternative sources of revenue?’”

Their rainy day fund is being spent on keeping their cities operational, as revenues fall, and will continue to fall.  It is a very difficult space.  It is not only about thinking how cities build back better,  but also: ‘how do we get alternative sources of revenue?’.

On the social side, cities will need to improve their health infrastructure and provide social housing, and then there is the need for climate and resilience infrastructure, and digital infrastructure.

“If you leave civil society and academia out of the equation you are setting yourself up for failure.”

To deliver this critical infrastructure, this places a much greater requirement for a new type of partnership – a multi-stakeholder partnership  between city authorities, business, civil society and academia.  If you leave civil society and academia out of the equation, you are setting yourself up for failure as you may not necessarily be delivering what a city needs.

The lighting as a service model [developed by the likes of Philips]is the perfect example of how a business solution enables cities to pay for their lighting infrastructure.

In the same way, we can use similar models for energy efficiency in our buildings. When you think of the amount of stock, housing, civic buildings, that cities own, if cities start with their own buildings they can make very significant savings over time that they can then reinvest in other services within the city. Only by bringing all the entities together can you come up with a solution.

Is it becoming more important for the voices of cities to be heard alongside those of nation states?

The voices of cities need to be heard. It is important that nation states hear from cities and develop their policies accordingly. That was why U20 was set up, ahead of the G20 Heads of State Summit in Buenos Aires in 2018.

“It is important that nation states hear from cities and develop their policies accordingly.”

In recognition of the importance of cities, for example, the Obama administration set up a cities team in the US Department of State.  This was in response to the level of city-to-city trade and to the fact that they needed to know what was happening in cities, given that the fastest-growing were often second and third-tier cities.  The team has since been abolished, but the reasons why it was established are none the less correct.

How important is collaboration between the different layers of government?

There has always been a very close relationship between national and city governments when it comes to financing.  We also see the importance of having the relevant national government ministries engaged in works.

In Canada, for example, national, regional and local government worked together to launch the first Smart Cities Challenge across the country, to harness the potential of connected technology and data to improve the lives of Canadians. The challenge awarded prizes for the best visions, as well as creating a variety of ways in which cities and communities could finance their projects.

How do second- and third-tier cities fit in?

Regardless of their size, cities who don’t have a head of international affairs will find it very difficult to be heard on the world stage.

In Los Angeles, to give an idea of the importance of such a position, the deputy mayor of international affairs is a former ambassador [Nina Hachigian, former US Ambassador to the Association of Southeast Asian Nations].

Rather than size, it is about engagement.  Bristol [population 463,000] is an example of where you have a mayor, Marvin Rees, of a second-tier city who punches above his weight, and many other second-tier cities are doing the same. He is scanning the landscape for what is going on in the international city scene and leaning into that what is of benefit for his citizens.

You may also be interested in the MIPIM World Blog post of Jan 2020, ‘How better governance improves the quality of life for citizens’.