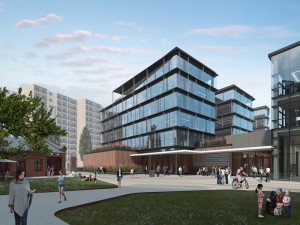 The new face of the old Praga district will be one of the key subjects to be raised at Warsaw’s stand during this year’s MIPIM fair in Cannes. Just after the opening of the central part of the second subway line (expected this weekend) and on the eve of the city authorities announcing the details of the PLN one-billion project of Praga revitalization, investor from all over the world will have an opportunity to get familiar with a commercial project which is an announcement and a model of the changes that will take place in the right-bank Warsaw. This project is Centrum Praskie Koneser – an investment that will enter the second stage of development in mid 2015.