Every week MIPIM Connect highlights one of the categories in this year’s MIPIM Awards. This week we focus on the best refurbished building category.
By Graham Parker on August 12, 2020 0 Comments

As sustainability has risen up the business agenda the construction industry has realised that re-using and adapting existing structures is a greener option than tearing down old buildings to make way for new ones. But refurbishment often requires more ingenuity from designers if compromises on occupational standards are to be avoided.

MIPIM has been granting awards in the refurbishment category since 1999 and the inaugural winner was the ING Bank headquarters in Amsterdam, followed by the World Trade Center also in Amsterdam.

One of the most spectacular refurbishments to be celebrated was the renovation of Kings Cross Station in central London, the main terminus for the UK’s East Coast mainline.

The £500m (€555m) project by Network Rail involved restoring and reglazing the original arched train shed roof. At the same time an unsightly extension at the front of the station was removed to be replaced with an open-air plaza. A new semi-circular departures concourse, designed by John McAslan, now forms the main public entrance to the station.

In 2015 the award went to The Dreischeibenhaus, a 95-metre office building in August-Thyssen-Strasse in the Hofgarten district of the Dusseldorf city centre. 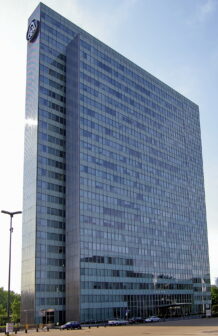 Formerly the headquarters of the Thyssen and ThyssenKrupp groups, it was one of the first skyscrapers to be completed in Germany and is among the most significant examples of post-war modernist International style. In the early 1990s the building was completely refurbished including a new curtain wall to match the appearance of the original, but with improved thermal performance. The tower saw its second refurbishment in 2013 under the direction of Dusseldorf HPP Architects and it now offers 35,000 sq m of gross floorspace.

So what of this year’s crop? The four shortlisted entries are: 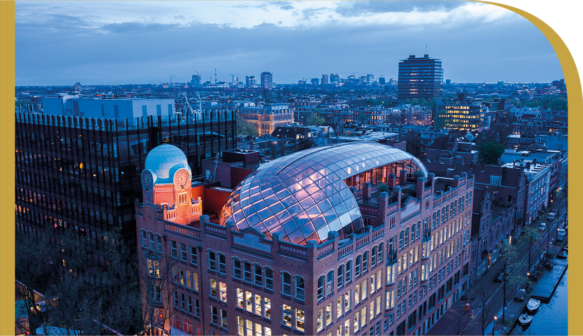 The Diamond Exchange in Amsterdam, built in 1911, has been transformed into a centre for the creative industry under the banner of Capital C Amsterdam. Following several additions, a fire and various unsympathetic renovations much of the original charisma had disappeared. To fully restore the original qualities of the monument, the building underwent a major renovation faithful to the original Gerrit van Arkel design. The renovation included restoration and reconstruction of monumental features and adaptation of the interior for use as a modern, flexible office environment. The project included the addition of a glass and steel dome named the High Light. 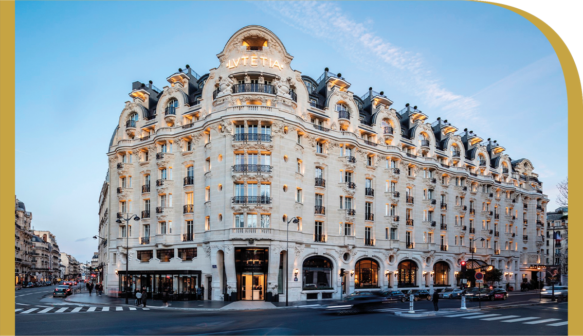 In 2019, Hotel Lutetia became the only Palace on Paris’ Left Bank. Though Lutetia is entering a new era, its legendary spirit remains the same. To revive the hotel’s charm, Wilmotte & Associes modified the layout of the ground floor areas creating an interior courtyard, bringing more daylight into the building. The number of rooms was reduced from 233 to 184, freeing up space in order to create 47 suites that meet the modern requirements of a luxury hotel. 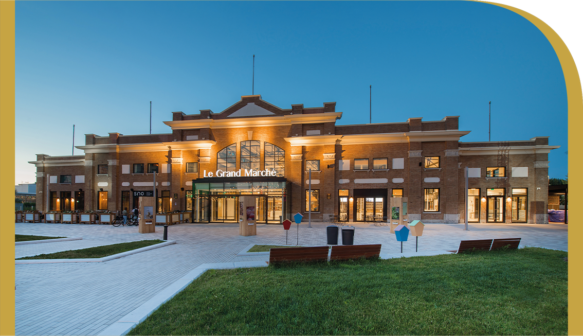 As Quebec City’s newest gourmet food destination, Le Grand Marche is inspired by the world’s most iconic markets. Located in the heart of the city, it is a must-see destination for those looking to try the local cuisine. Architecturally, Le Grand Marche is a one-of-a-kind space created out of the old Trade Pavilion of Quebec which was built to host agricultural exhibitions at the beginning of the 20th century. With its historic architectural features, warm materials and bright aisles dotted with greenery, the building makes visitors feel like they’re stepping into a veritable village of gourmet delights. 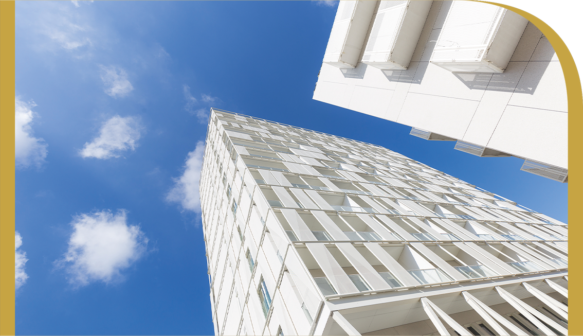 In the heart of the Belgian capital, Besix RED has breathed new life into an outdated office building from the 1960s. Designed in collaboration with Bogdan & Van Broeck architects, the building has been transformed into a mixed-use tower providing 158 residential units, 1,500 sq m of offices and 50 parking spaces. Besides its contribution to the revitalisation of an abandoned historic district, the Cosmopolitan reinforces the site’s potential by creating a new offer of high-end apartments in a heterogeneous neighbourhood.